Quieter July no cause for concern

AUSTRALIAN new-vehicle registrations have never plummeted more than 41,000 units from one month to the next like they did from June to July this year, but there are no concerns among the ranks of the motor industry as the sector prepares for another record annual result that should be well beyond one million sales.

The frenzied activity at the end of the financial year always produces a surge in sales, followed by a significant fall in July as EOFY deals expire and the surrounding sales and marketing mayhem tapers off.

This year, the 134,171 new registrations in June was followed by 92,754 sales last month – a massive 30 per cent tail-off with 41,417 fewer vehicles which, if anything, shows the underlying strength of the market rather than any cause for concern.

While June was the industry’s highest monthly sales tally in history, the July result was the highest result ever for the seventh month of trading. May also produced a record for that month (102,901), as did March (105,410).

So for the past three months in a row, and in four of the past five months, the industry has pushed higher than it has ever been before on a monthly basis.

Since breaking through the ‘magic million’ sales mark in 2007, the Australian new-vehicle market – often described as “mature” or even “saturated” – has repeated the performance every year bar one.

The year in question was 2009, when the effects of the global financial crisis had permeated the sector, although the industry soon recovered on the back of government stimulus measures, low interest rates and improved consumer confidence.

Barring external shocks such as the GFC and the supply-crippling 2011 Japanese earthquake and tsunami, the sales discrepancy between frenetic June and cool July over the past ‘million-unit’ decade has, for the most part, been consistent, averaging about 26,000 units but certainly pushing higher into the 30,000s over the past couple of years as the industry recorded 1.155m sales in 2015 (up 3.8 per cent on the previous year) and then hit 1.178m units last year (+2.0%). 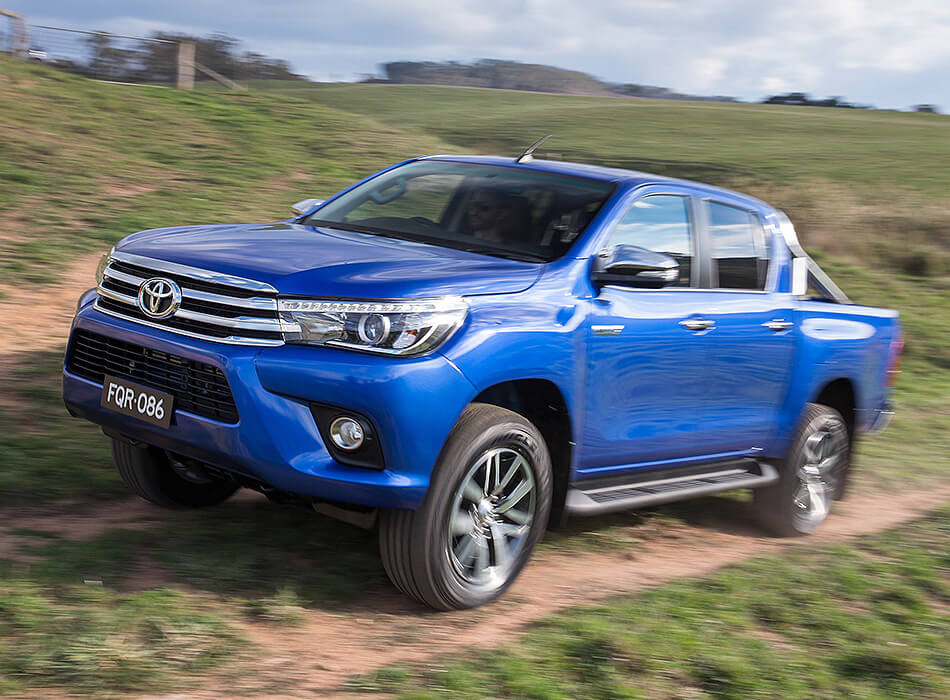 Post haste: There might have been 41,400 fewer buyers last month than in the frenzied EOFY month of June, but the industry still recorded a strong result, led by the Toyota HiLux on 3742 sales.

The Federal Chamber of Automotive Industries (FCAI) is anticipating another record year for the market, underscored by continued growth in the SUV and light and heavy commercial vehicle segments – up 5.6, 4.8 and 8.1 per cent respectively – which is compensating for the decline in passenger car sales (-6.7%).

Overall, there is plenty to be optimistic about and every indication that the market will not only post its eighth consecutive year above one million sales, but will achieve its third consecutive record result.

The July “cooldown” is purely seasonal – and we are now anticipating a long, hot summer.