AFTER a slower start than anticipated when its locally converted Ram pick-up trucks were launched almost 18 months ago, American Special Vehicles (ASV) is now inching its way towards the sales volume it projected when the joint-venture operation between Ateco Automotive and Walkinshaw Automotive Group entered the Australian marketplace.

ASV was initially expecting to sell about 600 Ram pick-up trucks last year, counting on pent-up demand for the luxurious American behemoths that are offered in 2500- and 3500-series guise, both with a Cummins-sourced 276kW/1084Nm 6.7-litre six-cylinder turbo-diesel engine and currently priced from $139,500 and $143,900 (plus on-road costs) respectively.

The company pegged that back to a target of 500 by mid-February and was still shooting for that number at the midway point of the year, having just posted its best month with 44 sales in June. But come December 31, the full-year result was 292 sales. 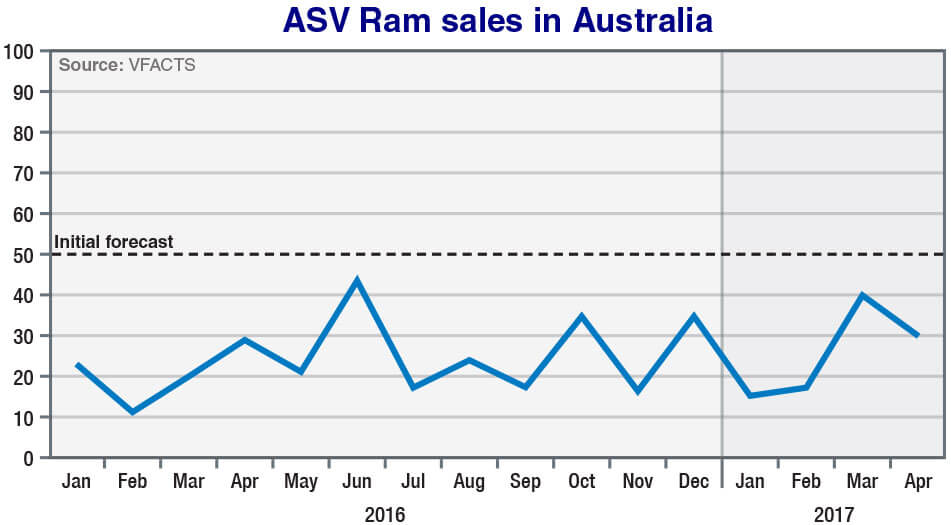 This year, Ram sales are up 22.9 per cent to the end of April after recording its second-ever monthly tally of 40 units or beyond (in March), and backing that up last month with 30, which gives it a monthly average of 25.5.

This is not enough to stretch far beyond 300 units unless the growth rate continues to escalate – and it needs 50 a month to get to 600 a year – but at least establishes a reasonably solid base from which ASV can build with the launch this month of an updated series.

As GoAuto has reported, the 2017 model year update brings with it new equipment on both models and a lower entry price for the range-topping 3500 courtesy of a payload reduction (from 1717kg to 894kg) that in turn reduces its gross vehicle mass to 4490kg – a move that sends it below the 4.5t GVM mark and therefore allows the vehicle to be driven using a regular passenger car licence.

This is still a niche market, but the lower entry level (-$2600) should broaden the appeal of the 3500 – still with a formidable 6171kg maximum towing capacity – while the 2500 series now has a neatly integrated ‘RamBox’ tray storage system available that should likewise attract a degree of attention from prospective buyers. 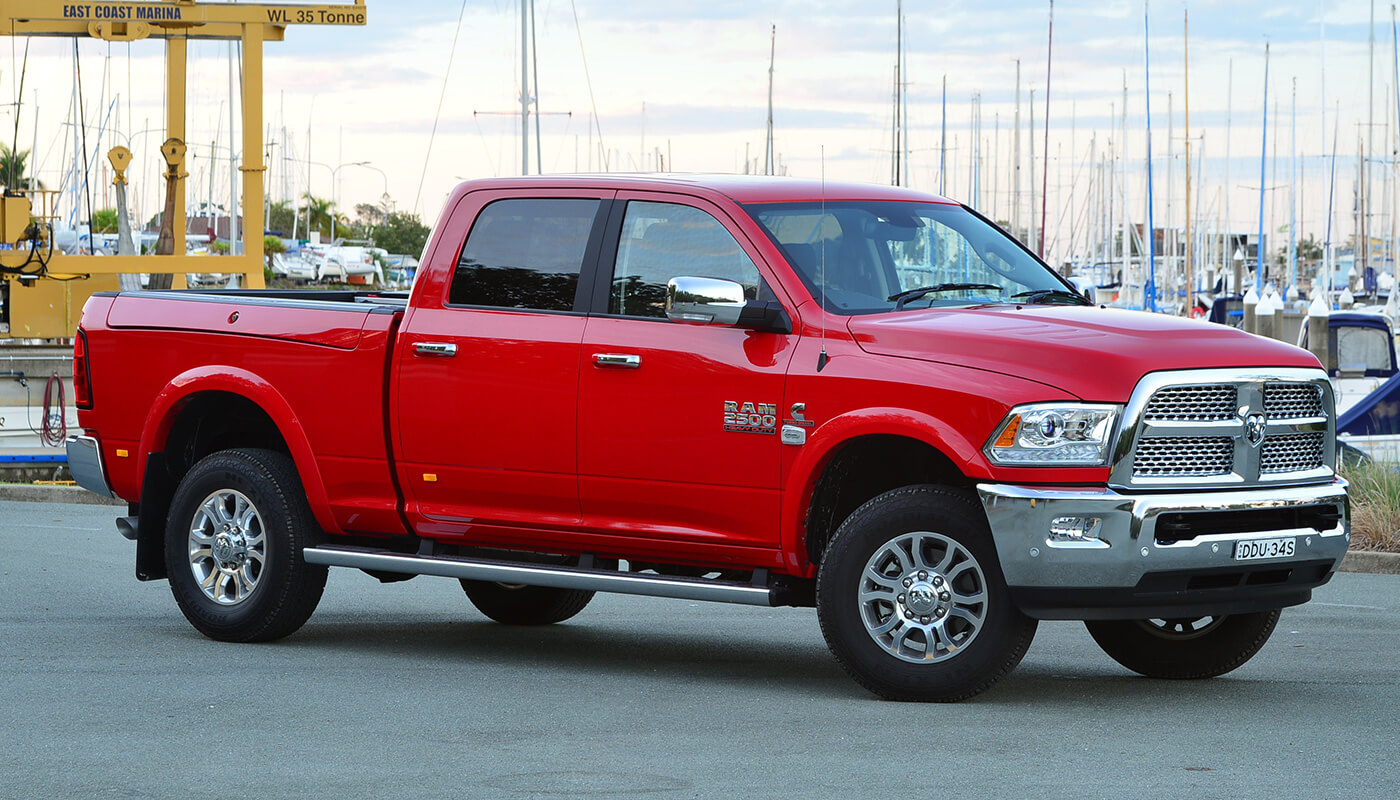 Boxed in: The MY17 Ram 2500 with new RamBox option could attract more buyers to the Mexican-built pick-up that is converted to RHD in Melbourne, but it remains an expensive proposition at $142,900 plus on-roads.

ASV received approval from Australian authorities some time ago to introduce a 306kW 6.4-litre V8 petrol engine to the range, but there is no sign of it yet – and no apparent benefits anyway in terms of building sales volume.

There is also no word from ASV on any other major product initiatives coming this year.

Much of the onus for ongoing sales growth will be on ASV’s fledgling dealer network, and at last count the national coverage was out to 33 outlets – up from around 15 at launch and two dozen by July last year.

There are some open points in the network – Darwin being one of them – but the drawing pins on the ‘locate a dealer’ map of Australia has all states (and Alice Springs in the Northern Territory) represented, a variety of key regional centres accounted for and New South Wales particularly well covered with 13 dealers. 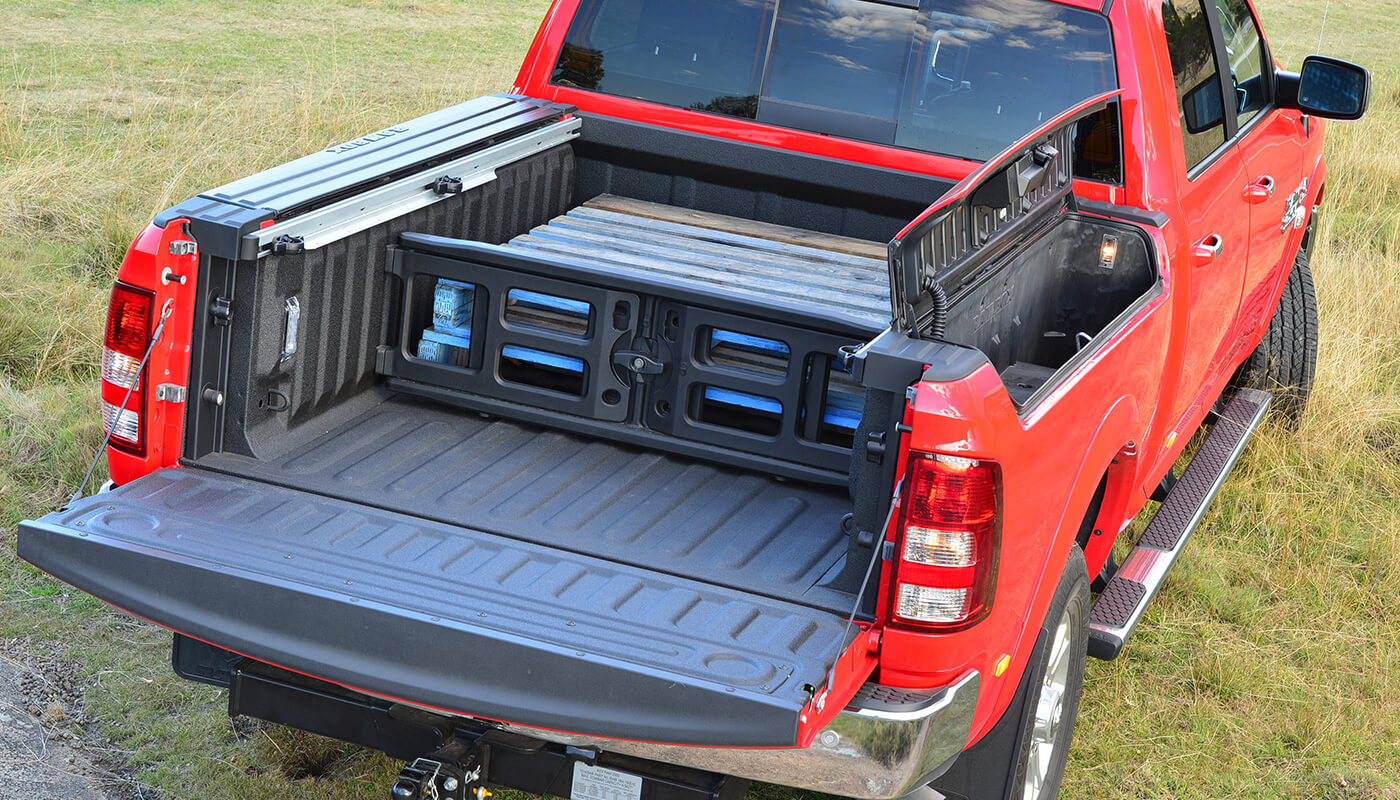 This brings us back to the question we asked late in 2015 about how big the Australian market is for large American pick-ups such as the Rams, and how difficult the task would be for ASV to sell enough vehicles to make the multi-million-dollar venture – Australia’s biggest right-hand-drive conversion operation – profitable and, therefore, viable over the longer term.

Not everything rests on Ram – markets beyond Australia and New Zealand, and other vehicles from other brands (not necessarily full-size pick-ups), have potential – but the company’s stated goal of 1000 Ram sales a year in Australia points to the numbers needed to make the investment worthwhile.

This looks an impossible task when only top-grade, $100,000-plus vehicles are being converted, yet moving to cheaper volume-selling variants is apparently not feasible given the high costs involved with independent importation and conversion.

Performax International, which also converts the Ram 2500 as well as other pick-ups including the Ford F-Series, Nissan Titan, Chevrolet Silverado, GMC Sierra and Toyota Tundra, told GoAuto around the time of ASV’s launch that 500 units was the target for its entire range on an annual basis – and that the segment was already close to “saturation point” at that mark.

We gave ASV the benefit of the doubt, though noting that demand in Australia for full-size pick-ups appeared at the time to be no more than about 1500 vehicles a year across all brands and operators. 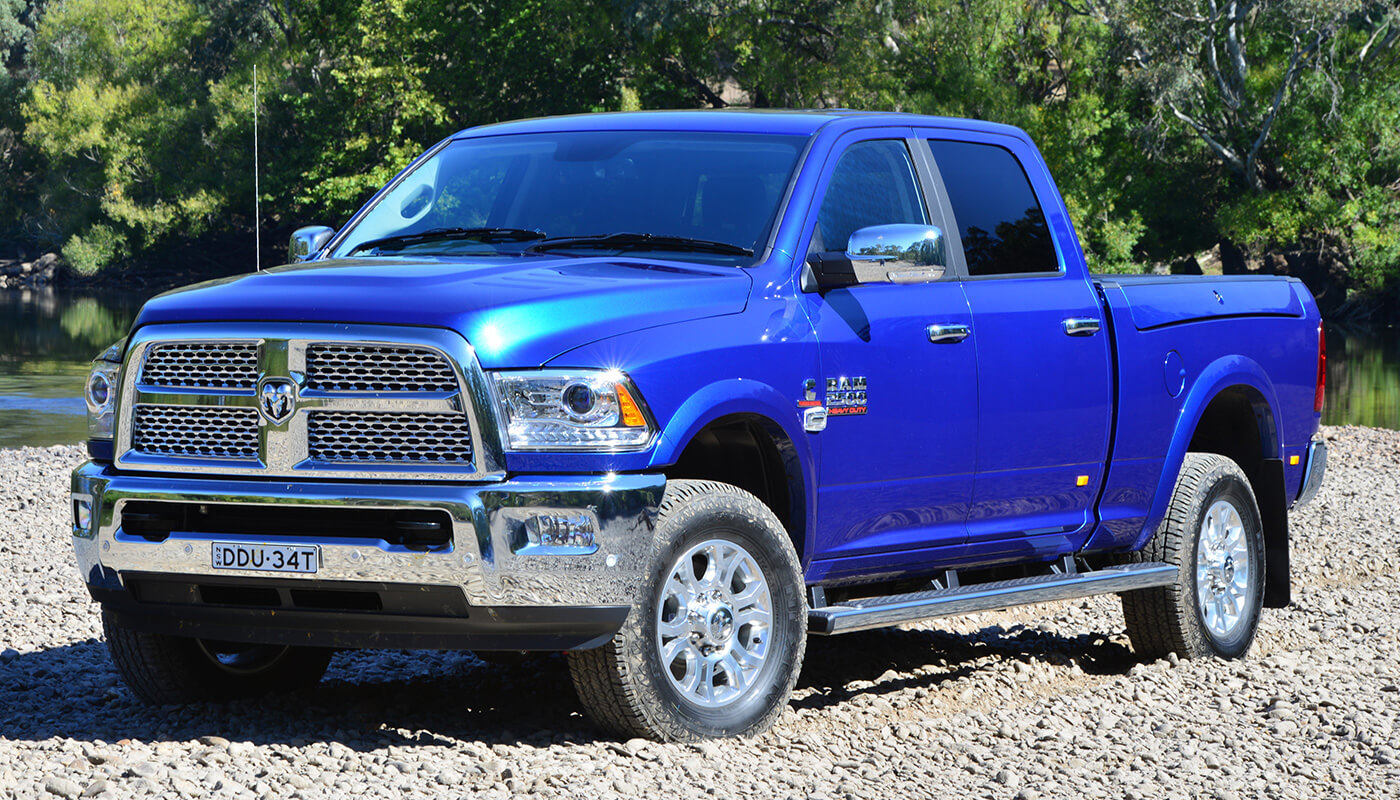 While there is a little more reason to be optimistic with Ram’s improved sales performance this year, the 1000 annual sales ASV wants all to itself – at some point on the horizon – now looks to be the ceiling for the entire market.

There is, however, a wildcard.

As Fiat Chrysler Automobiles (FCA) and other major US auto companies invest more heavily in home-market manufacturing – whether forced into it under President Trump’s ‘Make America Great Again’ mantra, or not – the increased potential of tooling up for right-hand-drive pick-up production comes into play.

Even if right-hook factory production doesn’t occur, ASV’s established conversion operation could see it partner with one of the big auto brands in the US – and their Australian subsidiary – to offer to a more affordable, lighter-duty, but still upmarket, pick-up that is better placed for broad market appeal.

And all eyes are now on the next-generation Ram 1500 that will start rolling out of FCA’s fully retooled Sterling Heights assembly plant in Detroit next year.