RENAULT Australia has named Luke Curnow of Col Crawford Renault in Brookvale, north of Sydney, as its 2016 Apprentice of the Year.

One of seven graduates this year of the Renault Australia Academy, Mr Curnow finished first in the award program from Joshua Robertson of Unley Renault in South Australia in second place, and Cameron McEwan of Regents Renault in Western Australia in third.

As GoAuto has reported, Renault this year moved its apprentice program and technical training to the new Renault Academy in Melbourne, partnering with the Kangan Institute’s Automotive Centre of Excellence to train more than 200 apprentices by 2020.

“We appreciate the hard work each dealer put in over the last three years, as well as the monetary contribution for the education of each student which demonstrates a commitment to the future of the Renault brand,” Mr Hocevar said. 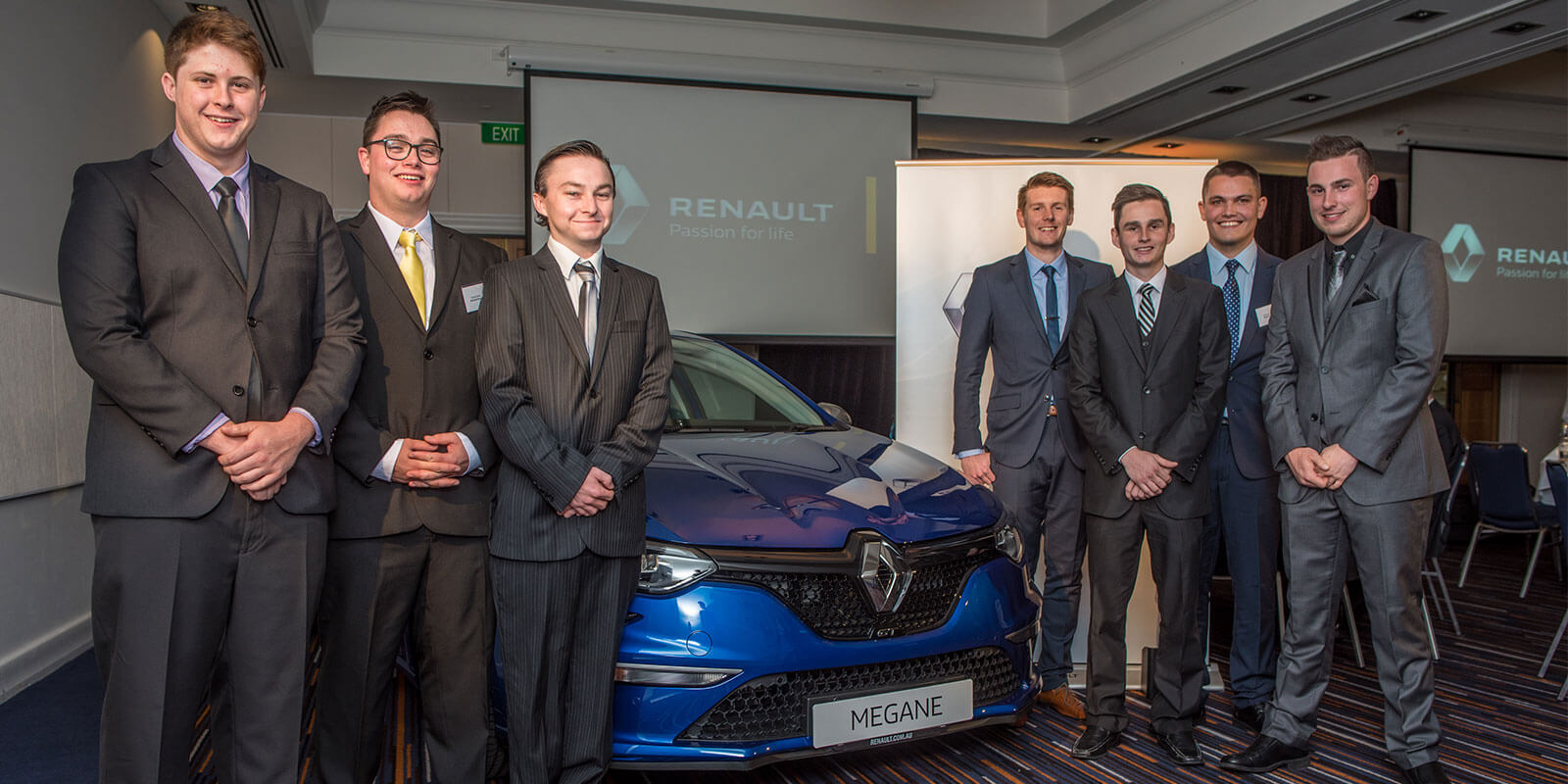