QUIET achiever Subaru has set itself up to be one of the most stable brands in the Australian automotive market with a small but consistent growth year on year, a fat-free range of Australia-focussed vehicles and growing recognition from parent company, Fuji Heavy Industries (FHI).

Unlike many brands, the sales of each of Subaru’s seven models are governed not by how many customers can be lured into showrooms, but by worldwide production constraints, creating a “one too few” business model, which reduces inventory costs and boosts exclusivity as a by-product.

But with increasing demand for Subaru vehicles Down Under, FHI is assisting the growth of the company with a gradual drip-feed of more units each year, contributing to a rock-solid slow-and-steady growth strategy.

The steady, almost linear rise is in stark contrast to some key rivals including Honda which grew to a peak of 60,529 in 2007, before meandering through peaks and toughs to a total of 40,100 last year.

Fellow Japanese SUV purveyor Mitsubishi may have totalled overall higher sales for the ten years to 2015 and a net upward trend, but it too has not matched the outright consistency of Subaru’s performance between 2005 and 2015.

Speaking at the launch of the updated Outback, Liberty and Forester, Subaru Australia managing director Nick Senior told GoAuto that Subaru’s consistent performance in an ever-changing market could be attributed to the perseverance with one core strategy.

“We see ourselves as a brand with small, sustainable growth, we don’t expect to see huge volume increases, but year-on-year growth, as we have been achieving, is the strategy,” he said.

“As an industry, over the last couple of decades there has been a convenience of over supply. People walk in, buy a car and can drive away with it in 24 hours, but that is very expensive and there has been over supply. The industry has tilted a little bit back to where dealers stock levels, they are much better than they were two or three years ago.

Global production is being ramped up to cope with worldwide demand, but with all Australian supply coming from Japan only, a large allocation boost would only be possible through a significant Japanese production increase.

Mr Senior explained that the company’s strong performance was not going unnoticed by FHI and global allocation was slowly shifting in Australia’s favour, with special products and greater supply on the way to bolster further growth.

“We have a lot of good contacts in the factory. Things like the Forester tS, which is going to be exclusive for Australia. The amount of vehicles that we sold in Australia a couple of years ago was more than any other country in the world, including Japan and the US.

“They recognise the Australian market is very important, but FHI aren’t going to open factories unless there is a solid business case. Hopefully we will be able to get a little bit better access in the future but the floodgates are not going to open in the short to medium term.

“I always think a model of having one too few is better than one too many. One too many starts to accrue capital costs, but when we are an order take of 19 per cent and our sales are up over eight per cent there is a bit of a gap, so the factories are increasing production.”

Subaru’s small but consistent brand growth is contrasted by dramatic spikes in some model sales.

Last year the real power players in the Subaru line-up were the Outback, which rose a hefty 345% from 2457 units to 10,927, following the introduction of the all-new model in January.

“I think what the Outback achieved last year was spectacular,” said Mr Senior. “To go from 200 a month to 900 a month, that’s substantial growth in anyone’s language. To sustain Outback with another 900 a month second year would be really strong when you are taking on some big boys in that category.

“The Outback to me is the one that has a spectacular story last year and I think it can back it up this year.”

Its non-identical twin, the Liberty, also put in a sterling effort rising 294 per cent with 4097 sold, while the performance-focused WRX STI sedan broke the milestone 1000 sales barrier for the first time, attracting 1073 buyers.

But the dramatic increases were diluted overall by reductions in the demand for XV and Impreza, which fell by 38 per cent and 21 per cent respectively.

At the top of the sales pile is the company’s Forester cash cow that continues to attract a strong following and 12,029 registrations to the end of December 2015. That number is a drop of 12 per cent but the recent introduction of a facelifted version is expected to refresh sales. 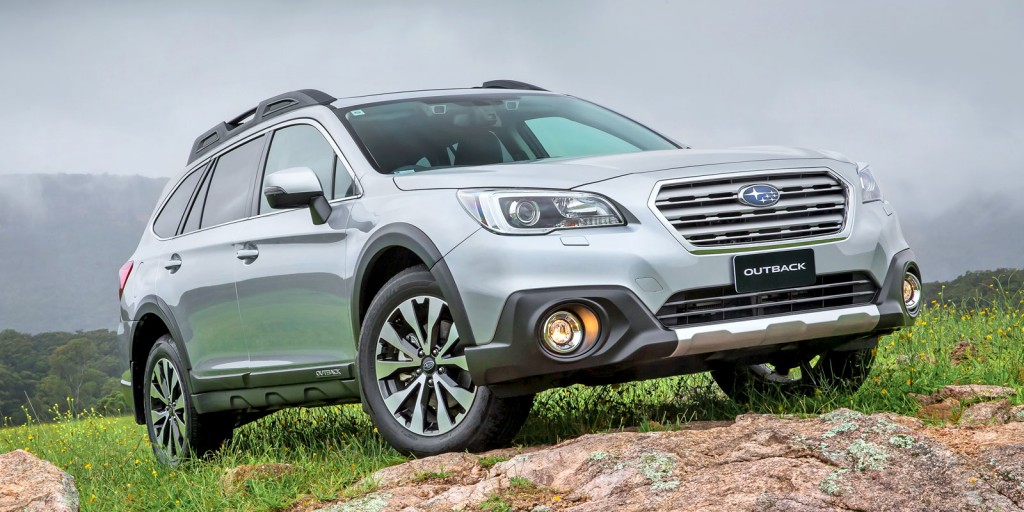 While Australia frequently finds homes for every Subaru allocated for the local market, the same is not always so for other global regions, and Mr Senior said that he watches worldwide market performance to secure unsold quotas for Australia.

“Every month I am on the phone to see has every other country picked up their quota and if not, I’m here. Sometimes downturns in other markets are not ideal but opportunities for us to put our hand up.

“We are literally picking up five cars here and three cars there. It’s not big numbers but they all add up at the end of the day.”

Half of Subaru’s line-up is comprised of SUVs and later this year the Levorg will add an all-wheel drive wagon to the mix as well, while a sportier Forester tS is on its way too – a portfolio that sits comfortably in Australia’s high-rider-hungry market.

Mr Senior added that, while the SUV range was traveling well, there wasn’t a product in the range that was not pulling it weight, with both SUV and passenger cars all attracting attention.

“We said at the WRX launch that we predicted that SUVs would overtake passenger cars in two years time and I think that’s probably going to happen in June.

“The three SUVs are well positioned and the other thing we have touched on today is the performance line with WRX and STI, XT, tS and Levorg. It enhances our reputation and gives us opportunity.

“We’ve got the performance covered better than any other Japanese brand and then we’ve got the passenger cars. Liberty has exceeded our expectations and we are launching Impreza towards the end of the year.”

The new Impreza is being charged with the task of attracting fresh faces and younger buyers to the brand, but rather than trading on a bargain basement price, Mr Senior said the small hatchback offered a different proposition.

“The Impreza is never going to be a Mazda3 type of thing because its all wheel drive and we operate at the premium end of the small-car category. It’s an important car because part of the brand strategy is to entice new customers to the brand without alienating traditional Subaru customers.

“Particularly younger and female customers and the Impreza is certainly the car to tackle them.”

But the strategy to attract first-drivers and younger owners will not extend into a light car for now, explained Mr Senior.

“We don’t have a $15,990 driveaway car. It’s important that we have an Impreza for younger people to get them into the brand. We don’t have a light car in our future. I don’t lose any sleep not having a light car.”

One area that will be adding to volume however, is a greater focus on high-performance products, with the forthcoming warmed up version of the Forester testing the water for further variants.

“The interesting thing is the Forester tS. It’s probably more mid-term but it does open up opportunities working with FHI and STI in terms of what product we can offer for the future. I think that’s an interesting area to get into in the future.

“If it works out well and we are successful with it, we can then start talking about what can we do with WRX and some of the other models because it’s those opportunities, while small, they all add up.” 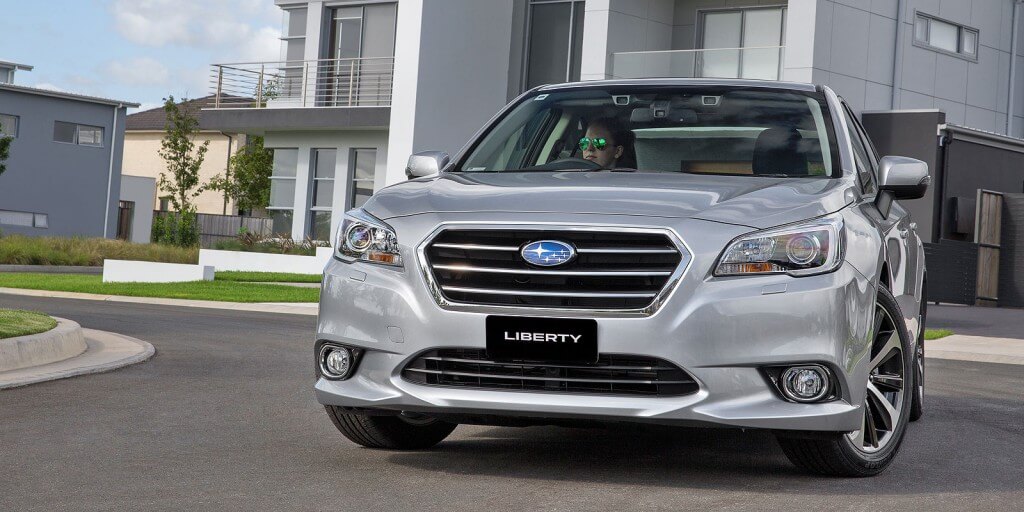