THE head of the Volkswagen Group of America, Michael Horn, appears to have stretched the limits of credibility by telling a US Congressional hearing that the company’s diesel emissions defeat device was the work of a “couple of software engineers”.

He told the House members last week: “To my understanding this was not a corporate decision. This was something individuals did.”

To understand what a porky that appears to be you need to go back to the mid-2000s and visit the top echelons of VW in Wolfsburg.

Volkswagen Group, at the very highest levels of the corporation, was wrestling with the conundrum of how to turbocharge its sales in the US. This would be necessary to achieve the drive to world domination; to be the biggest car-maker on earth.

This was THE issue of the day and the strategy revolved around a nowinfamous four-cylinder diesel engine.

Based on ambitions for this new engine, the company would challenge its US sales team to triple sales to 800,000 units as part of a 10-year plan from 2008.

But the company needed to perform a balancing act. VW needed to get a very high proportion of diesel engine sales in the balance because fuel-thrifty diesel engines would keep the company well within the requirements of US corporate average fuel economy (CAFE) rules under which, generally speaking, you have to balance the number of thirsty vehicles you sell in a year by selling an equal number of thrifty cars.

The diesel engine to be fielded in the US therefore needed to be very economical, not just to make it appealing in the hands of individual owners, but to avoid hefty fines levied on every car sold if the company missed the CAFE standard. 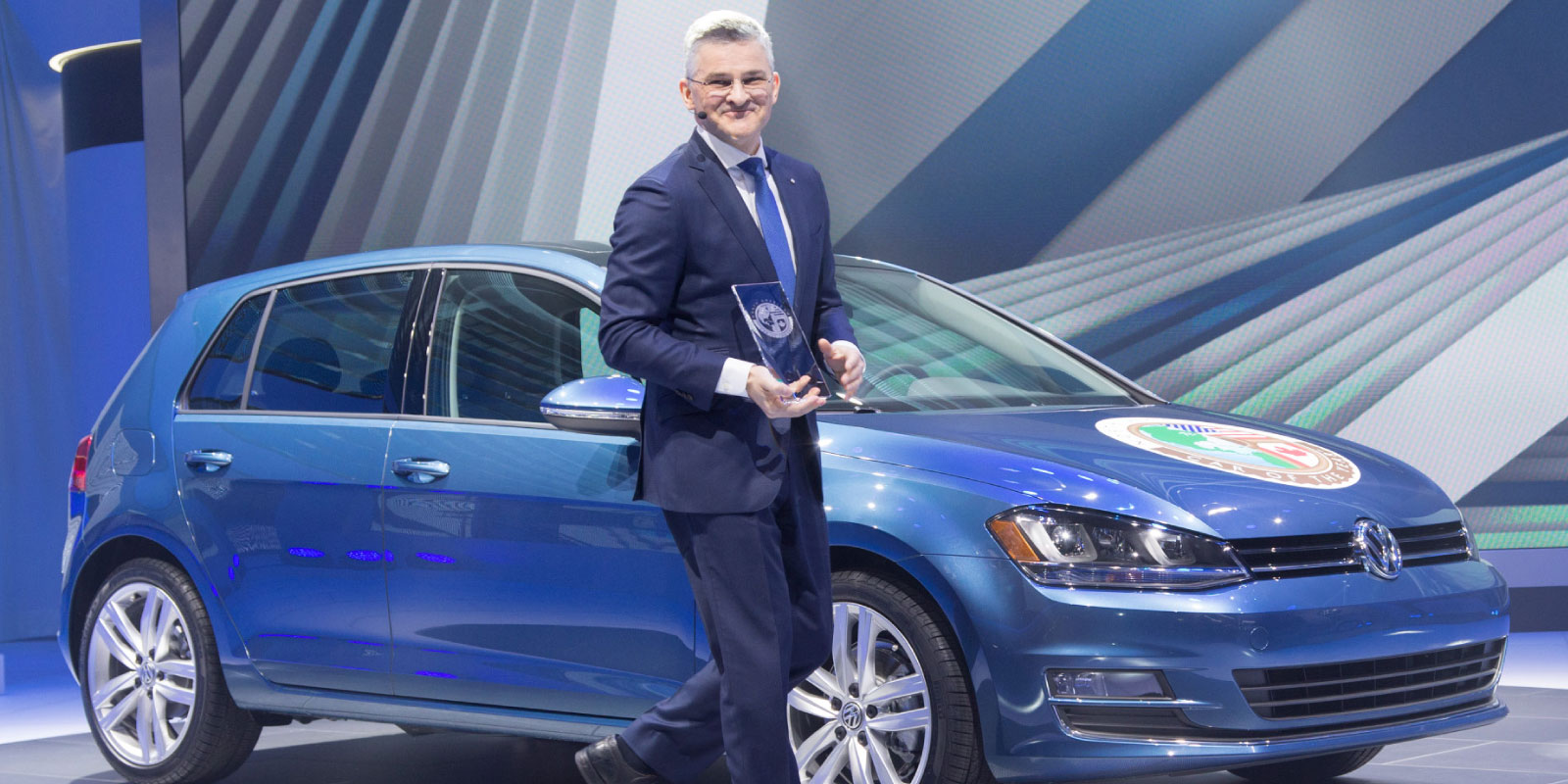 Michael Horn with 2015 North American Car of the Year (Golf)

In the mid-2000s these penalties were occupying the minds of many German car industry executives.

So here was VW looking at big increases in US sales. Not meeting CAFE was out of the question because VW did not have the margins MercedesBenz and BMW enjoyed to absorb the penalty on each car.

Of course, VW had to also have competitive (and appealing) performance and, as we all know, pass the demanding US emissions rules.

The deadline was set at late 2008 for the 2009 model year in the US: the year of the launch of the VW diesel assault on the US market. But as late as 2005 VW did not have a suitable design.

At that time Bernd Pischetsrieder – a former high-profile boss of BMW – was running VW Group and he called in celebrity car industry executive Wolfgang Bernhard from Daimler to run the VW division. Mr Bernhard started the engine program to build the diesel engine for the task, not just for the next few years, but to meet the rules for 15 years or more.

Engineers close to the project told the Wall Street Journal last week that Mr Bernhard thought that VW did not have the technology internally to meet these targets and wanted to pay Daimler to use the Mercedes-Benz BlueTec system which it had developed with Robert Bosch. This carried a cost penalty per car. 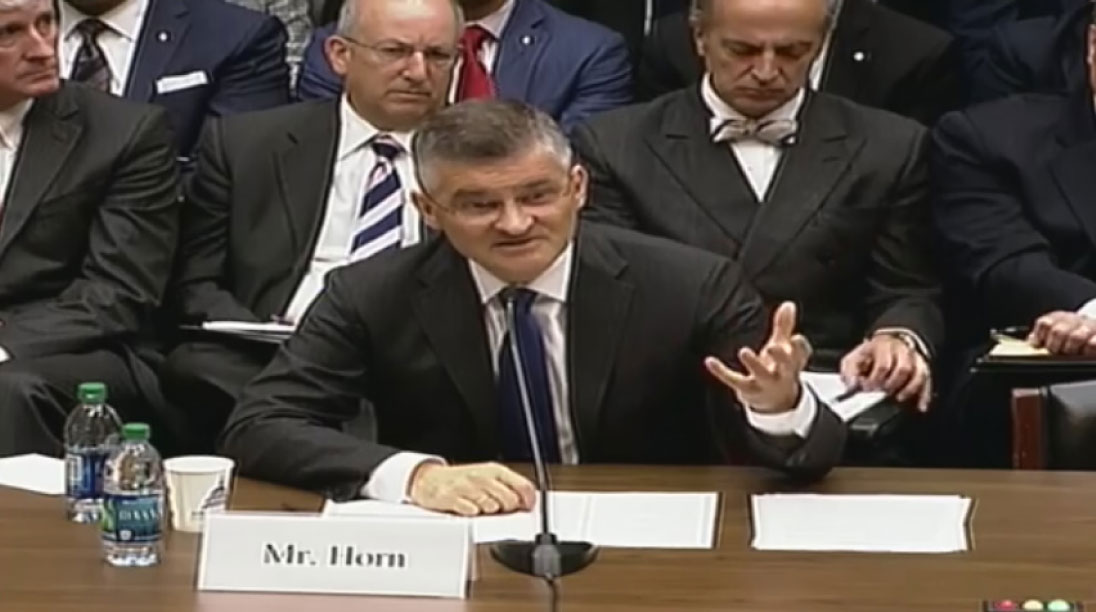 An inner circle of lifetime VW engineers were outraged at the thought of a rival technology underpinning VW’s fortunes although, according to the Wall Street Journal, many of them thought VW did not have the technology they needed.

By the end of 2006 when VW finished the first prototype of the BlueTec engine, VW scion Ferdinand Piech pushed Mr Pischetsrieder out of the company and a month later Mr Bernhard was gone as well. The licence deal with Daimler for BlueTec was cancelled.

So, picture this. The glorious future of VW rests on a diesel engine that is not up to the task in the one market they needed to boom to meet their ambitious sales targets. The way these things go is that the engineers, with a looming deadline and the physics against them, will have been told to come up with a solution “or we will get someone who can”. Not good news for a loyal VW lifer facing ignominy and social disgrace in the company town.

Michael Horn confirmed this in his testimony on Capitol Hill when he said the use of a defeat device by engineers appeared to be triggered by “pressure in the system and also in conjunction with cost pressures as well”.

This is where Mr Horn’s testimony that it was just a few rogue engineers goes beyond plausible.

Here they are with this huge engineering challenge with so much riding on it. The boss of the VW Group (Pischetsrieder) and the VW brand chief (Bernhard) had been pushed out for suggesting only Mercedes technology can make the engine work, they cancelled the Daimler licence agreement, people’s jobs are on the line, the future ambitions of the company are at stake and all of a sudden, in just a few months after they turn their backs on Mercedes’ BlueTec solution, the four-cylinder diesel TDI EA189 engine – a product of German engineering and knowhow – is meeting all the parameters expected of it and the future US sales drive is back in business.

So in less than a year after the BlueTec solution was abandoned, VW was installing the engineering miracle into cars for sale in the US from 2009 and we are supposed to believe that only the engineers responsible for the defeat device knew about it.

I don’t think so. This is an industry that lives and breathes technology developments and it is populated by people who live and breathe technology and tech solutions. Technology flows through their veins. Is VW really asking us to believe, given the importance of this project, that noone from on high said: Great job. How did you do it?

Is anyone seriously suggesting that the top people in the company never asked? That they were car people with no curiosity at all about such a sudden and successful breakthrough?

And what about the intellectual property team? Did they not scrutinise the solution to ensure VW was not breaching IP from third parties? That would be a huge issue since so much was at stake. Cannot have someone coming out of the woodwork to claim rights to their solution down the track. Did anyone cover that off?

Indeed the IP people should have been all over their solution to get patent protection for this wonder of German engineering. 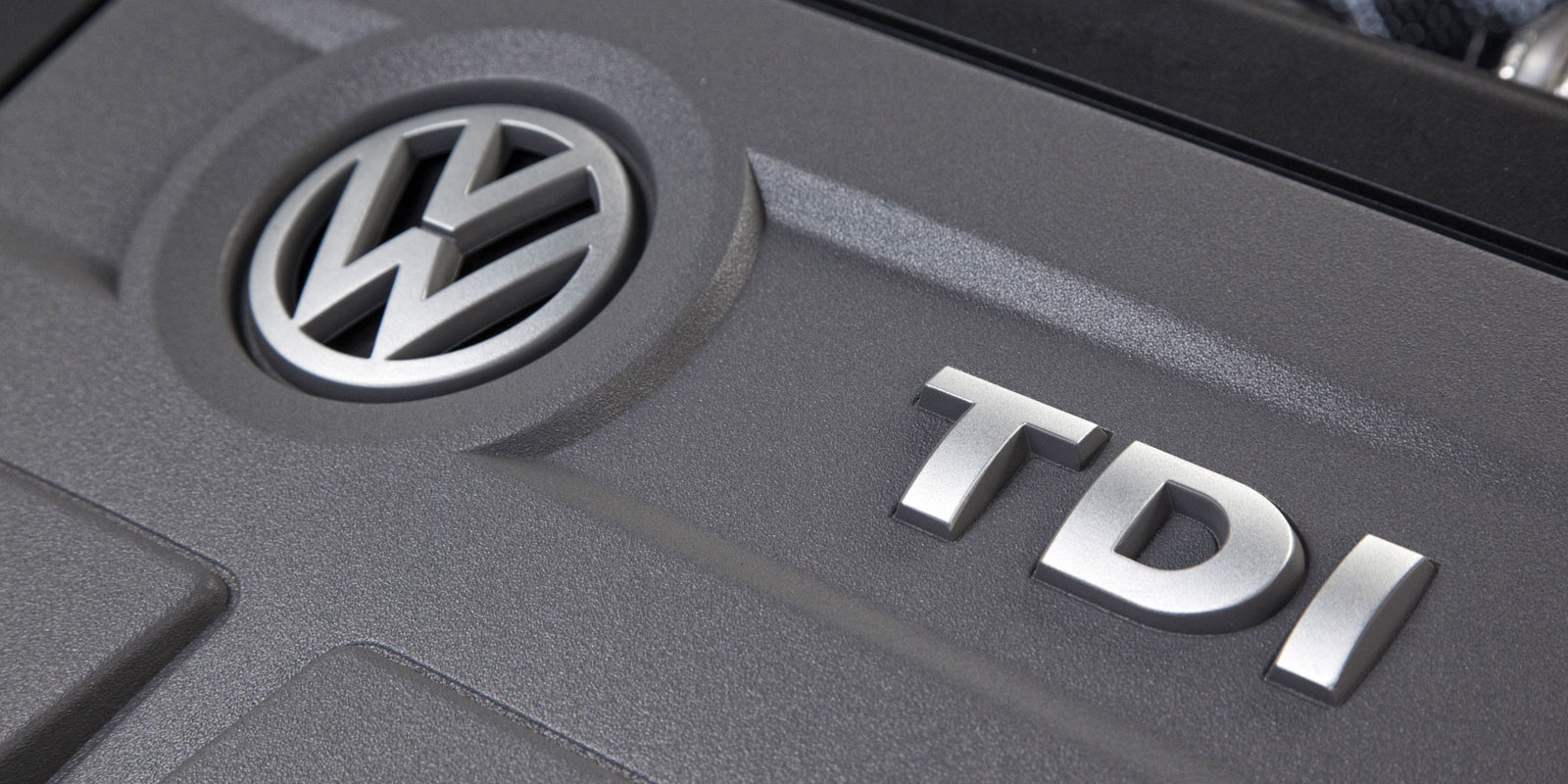