MITSUBISHI Motors Australia Limited (MMAL) has been asked to provide the Senate Committee enquiring into the relationship between car retailers and the OEMs a month-by-month rundown of cyber car registrations for the past five years as senators homed in on the friction that can be caused by targets and bonuses.

Senators indicated that they intend to open up the entire Pandora’s Box of pre-registrations, targets and bonuses as a measure of the power imbalance between car dealers and OEMs.

MMAL director of sales Tim Hore was subjected to close questioning by Labor Senator Deborah O’Neill in the latest hearing in which he said that “targets are often one of the most discussed areas between a manufacturer and our dealers” and that disputes over targets between dealers and OEMs was “not unusual within the industry”.

Senator O’Neill told Mr Hore she had personally heard it reported that Mitsubishi in recent years had been setting unreasonable targets and had pressured smaller dealers to engage in a practice called pre-reporting vehicles and that the practice “was so deceptive that there was no clear line of sight about the proper number of cars being sold”. 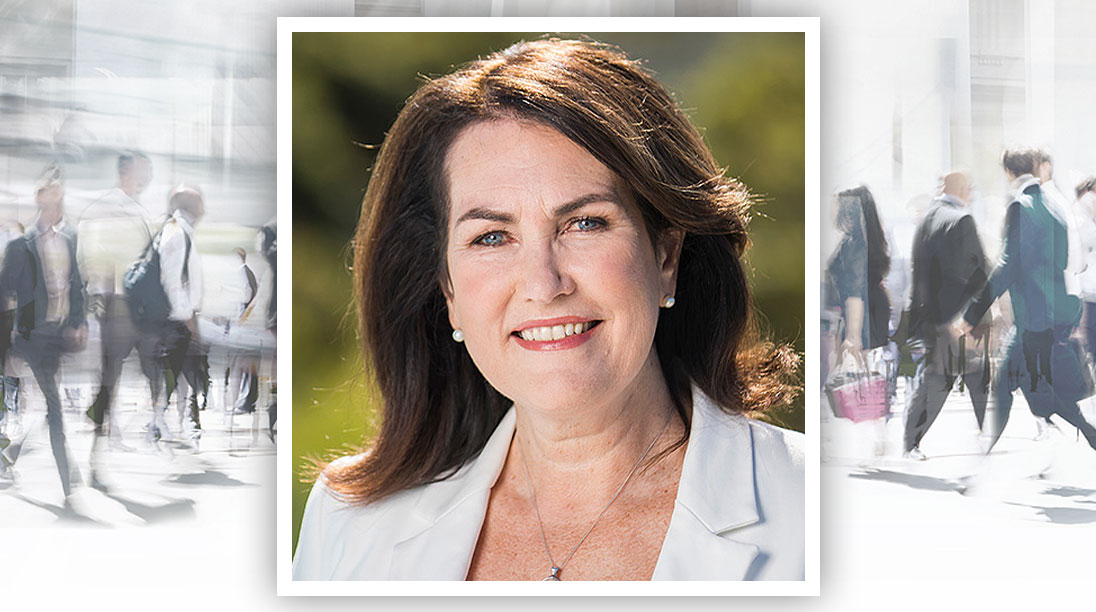 She told Mr Hore: “I don’t want to indicate that you’re the only car distributor or an OEM that has these challenges, but I am trying to get a sense of how power is operating in this sector.”

Commencing her questioning regarding pre-registrations, Senator O’Neill told Mr Hore: “One of the reasons that we wanted to call you was that not all business relationships are all smooth, and you’ve had some particular problems that we’ve become aware of.

“To try and get a sense of what happens in that context, I’ve got a line of questioning just about the power that operates, because that’s one of the things that we’ve heard about. Despite the fact that there are 200 dealers in the network, with 5000 staff, Mitsubishi Australia represents an overseas company that has very much more power than the small entities that are actually on the ground that people see as their Mitsubishi dealer.

“Has a dealer or dealers ever complained to Mitsubishi about unreasonable targets that you’ve set? Some dealers have been told that around 800 to 900 vehicles per year are to be sold. Has that ever been a point of conflict between Mitsubishi Australia and your dealer network?”

Mr Hore: “Targets are often one of the most discussed areas between a manufacturer and our dealers. We take our target setting very seriously. We have a very sound methodology. We study intently the dealer’s area that they operate in and the mix of cars that are sold in that area to come up with a target.

Senator O’NEILL: “We heard from Toyota that they have a very sophisticated set of KPIs, that their relationships are built on win-win-win – I think is how they described it – for the distributor, the dealer and the customer, and that they’ve moved to a model that’s more sophisticated than units sold.

“Does Mitsubishi acknowledge that setting high vehicle sales targets places very significant pressure on car dealers to meet (targets), which then the car dealers can then use to help deliver savings through the consumer?”

Mr Hore: “We believe we set realistic targets for our dealer network.”

Senator O’NEILL: “Is it fair to say that your dealer network disputes those?”

Mr Hore: “Certainly, on occasions, we have dealers that question their targets. I don’t think that’s uncommon across the industry.”

Senator O’NEILL: “How do you resolve those points of conflict, Mr Hore? What mechanisms do the dealers have to resolve those if they feel that’s unfair?”

Mr Hore: “The dealer network has many channels with which they can communicate to Mitsubishi Motors Australia. They have close relationships with the regions through their regional managers, the general managers of the regions and Mitsubishi’s senior management.

“They also have the National Dealer Council, which represents the broader interests of the dealer network. The NDC is made up of a number of members that represent different regions and different types of dealer operations. They include rural dealers, provincial dealers and metro dealers. So a dealer has an opportunity to have a member that can represent their business in the fact that that member is familiar with the type of operation they would be running.

“We also have a dispute resolution in our franchise agreement. That resolution process has never been used by either party.”

Senator O’NEILL: “There might be a number of reasons for that. It’s a good historical moment. But sometimes these things are not accessed because they’re ineffective or people feel that they could suffer retribution if they activate a dispute process. I might just leave it at that.

“I’ll go to the NDC as the site at which these matters are mediated. How many times has Mitsubishi been before the NDC in the last couple of years to resolve these matters?”

Mr Hore: “We have regular meetings with the NDC, and we engage regularly, as I mentioned in my opening statement, regarding areas of opportunities and areas of concern.”

Senator O’NEILL: “With regard to dispute resolution, how many times have you had to go to the NDC because your dealers have said they’re not getting a fair deal from you?”

Mr Hore: “Not that many times, Senator.”

Senator O’NEILL: “Can you take on notice how many times you’ve gone to the NDC and give me an indication of how those matters were resolved and whether the targets that were set per vehicle went up or down?

“I don’t want to indicate that you’re the only car distributor for an OEM that has these challenges, but I am trying to get a sense of how power is operating in this sector. I want to make sure there’s sufficient power for those dealers to ensure that they can get a good deal for their customers because they’re my fellow citizens, and I’m very focused on them.

“I’ve personally heard it reported that Mitsubishi in recent years had been setting unreasonable targets and had pressured smaller dealers to engage in a practice called pre-reporting vehicles under cybersales or fake cars, I think, is the terminology.

“Mr Hore, are you familiar with pre-reporting vehicle sales, also called cybercars or fake sales? What is that?”

Mr Hore: “You can only report a car once, but pre-reporting is where a car is reported prior to it going to the end user.”

Senator O’NEILL: So you report it as sold, but it isn’t actually sold – is that correct?

Senator O’NEILL: “Okay, but the car is not sold until it’s actually sold to the person who generally drives it around in the community. When I buy a car, I’m the buyer of that car and the car is sold to me. What is this preselling cybercar or fake sales incentive? Why is Mitsubishi making Mitsubishi dealers purchase a car into their own business, rather than waiting for them to sell it? What is the incentive there for Mitsubishi to do that?”

Mr Hore: “I think the incentive is for the dealer to do that, to pick up bonuses or incentives that they can then pass on to the consumer.”

Senator O’NEILL: “So the business is structured so that you sell the car to Mitsubishi dealers, and you give them a bonus when they buy a car from you, rather than when a customer or a member of the public buys a car from them?”

Mr Hore: “There are a range of incentives. Some are directly to the customer; some are to the dealer network. Ultimately, that comes out to the customer. You may be aware that the VFacts process of reporting cars changed at the start of January 2020.”

Senator O’NEILL: “Did it change because of this practice, Mr Hore, because it was so deceptive and there was no clear line of sight about the proper number of cars being sold?”

Mr Hore: “I think there was clear line of sight, but it certainly did change at the beginning of January 2020.”

Senator O’NEILL: “And what was the reason for that, Mr Hore?”

Mr Hore: “To ensure, I think, that a timely measurement of cars in and out was provided.”

Senator O’NEILL: “So, in fact, the practice was so widespread that it was actually distorting the accurate reporting of how cars were being sold in Australia, and a range of incentives were built in to create that distortion that disadvantaged the motor dealers? They were holding stock that they’d paid Mitsubishi for that they hadn’t actually sold?”

Mr Hore: “That they had additional money on – in the role of the distributor, we wholesale cars; dealers do the retailing.”

Senator O’NEILL: “Yes, I understand that, but the practice has been changed because it wasn’t a healthy practice. The impact on businesses is well-documented on the public record in this inquiry, and, indeed, in the inquiry into franchising in Australia run by another committee.

“Can you confirm for the public record: in the last five years, what would have been the largest number of cars pre-reported at any one time?”

“Can Mitsubishi, for the record, agree that these vehicles were never sold to a retail customer but were reported as sold, or as demos, to improve Mitsubishi’s reporting of the market share in Australia?”

Senator O’NEILL: “Do you deny that it had that impact, that if you sold a certain number of cars on the books, even if the cars hadn’t actually been sold to real people, that it enabled you to report a higher volume of market share? Is that accurate? Did it allow you to do that, Mr Hore?”

Mr Hore: “No, it doesn’t, because, as mentioned earlier, you can only report the car once. So when the car is sold to the end user, if it was a pre-reported vehicle, it doesn’t count again. So you’re not getting an advantage in market share.”

Senator O’NEILL: “But, at a point in time, you would be.”

Senator O’NEILL: “When you give me your on notice—”

Senator O’NEILL: “It is a timing issue. When you give me your on notice report, could you give me the months across the year so I can see what happens in terms of the movement there. Has Mitsubishi ever encouraged dealers to pre-report vehicles or report fake sales to boost a sense of market share in the country?”