AS THE Australian new-vehicle industry hits upon troubled times, car companies are working overtime to hold on to their market share as sales volume typically heads southward.

Share is always seen as a crucial indicator of performance, no matter what the market conditions, and research firms and other experts have long argued that when times are tough, consumers take less risks and stick with the brands they know, love and trust.

This is true with Toyota and, for about a decade, Mazda, the two leading brands in Australia which in January racked up more than 30 per cent of the market between them – 19.5 per cent for Toyota and 11.1 per cent for Mazda. 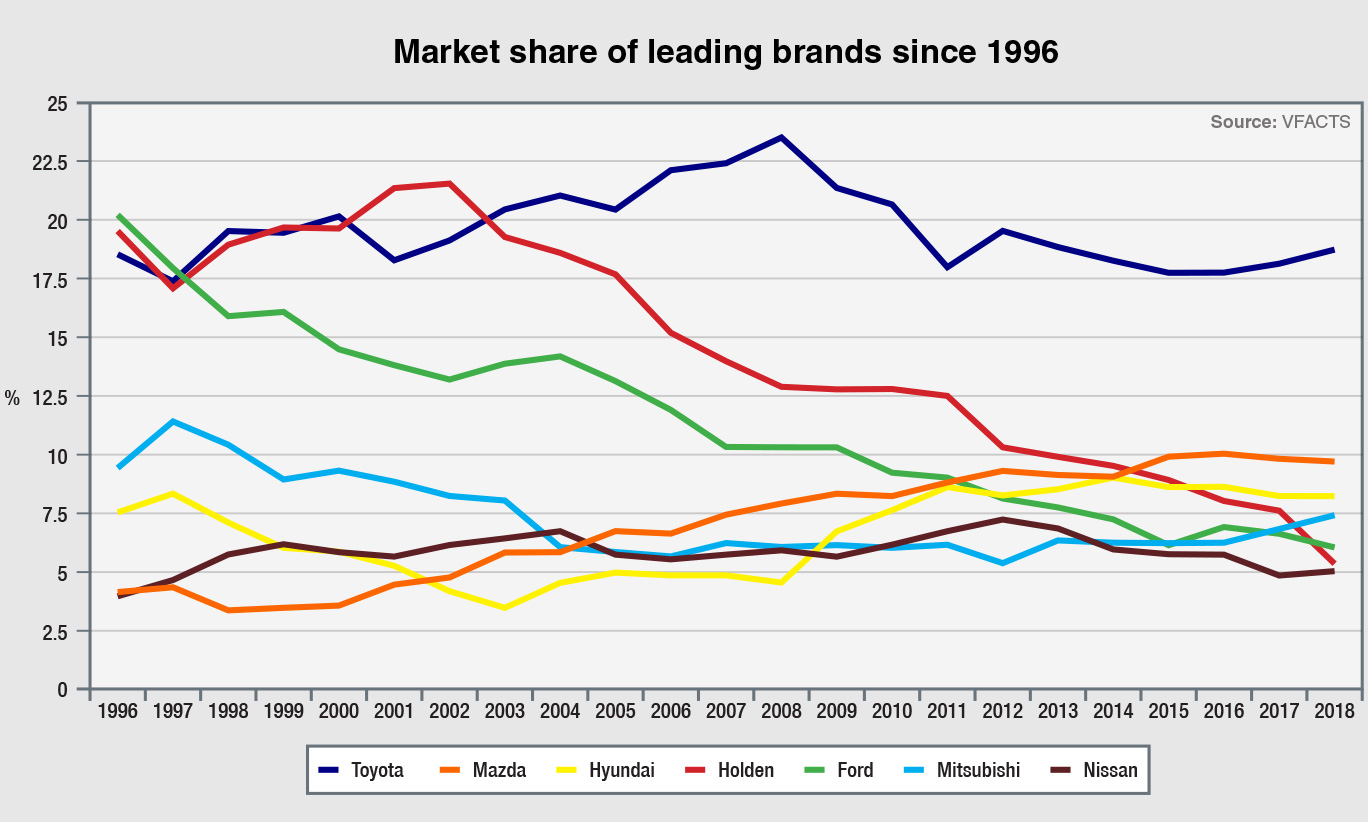 In the super-competitive full-import market, this 30-plus marker shared between two or more dominant players has not been seen on an annual basis since 2011, a time when Holden owned more than 12 per cent of the market and was the clear number-two brand.

Back then, Holden’s senior management was still searching for ways in which it could return to the top but, as history has shown, was in fact on a steady downward march that last year saw it reach an historical low of 5.3 per cent, down from 7.6 in 2017.

The lion’s share in January was 5.1, pointing to a long, hard road ahead of it this year as the company tries to lift itself from a low-point that it has never encountered since the Holden brand was launched in 1948 and which few anticipated would run as deep as this with its exit from Australian car manufacturing 16 months ago.

Of course, large cars underpinning Holden and Ford’s businesses were running out of steam over a long period, but Ford made a cleaner transition a year earlier with the Ranger ute and, to a lesser extent, the Mustang sportscar, keeping its market share at around six per cent.

Holden has not had the same success in any of the key segments – most notably SUVs and utes – whereas Toyota, which closed its manufacturing operations at the same time as GMH, actually increased its share last year from 18.2 to 18.8 per cent.

The long-time market-leading Japanese brand has been remarkably consistent over the past two decades. Its share has not been below 18 per cent since 1997, and over its long unbroken run of leadership – since 2003 – it has averaged a phenomenal 19.96 per cent. 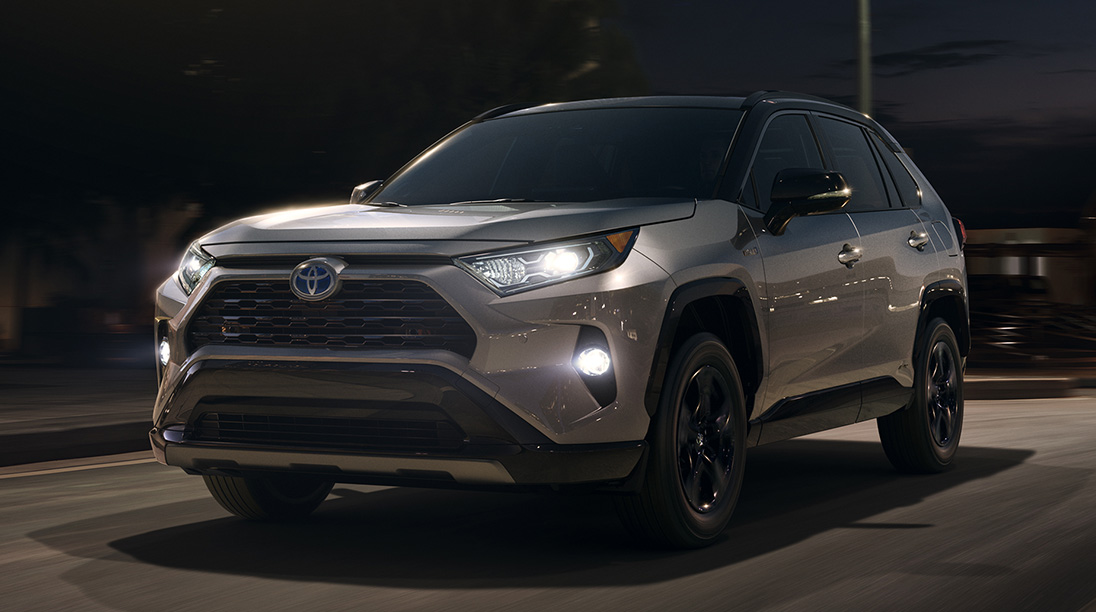 On the up: Toyota is on track to return to a market share of more than 20 per cent this year, based on the enduring strength of its brand and important model launches such as the fifth-generation RAV4 due soon.

With important new models such as the all-new RAV4 and Corolla sedan coming this year, Toyota is on track to break through the 20 per cent barrier for the first time since 2010 – heading towards its all-time high of 23.6 per cent in 2008 – while Ford and Holden can only dream of returning to the days when they were market leader with more than 20 per cent of all new-vehicle sales.

The 5.4 per cent share it posted in January is also some cause for concern among the senior ranks at Ford, compared to the likes of Mitsubishi which recorded 8.1 per cent for the month.

After some 14 years hovering around the six per cent mark, Mitsubishi last year turned in 7.4 per cent – its best result since 2003, when it was a local manufacturer (closing the factory doors in 2008) – and looks certain to improve on that in 2019.

With a long-held ambition in Australia and Japan of reaching 100,000 annual sales (up from a record 84,944 last year), a return to 10 per cent market share – not seen for 20 years – is not out of the question for Mitsubishi during the first half of next decade. 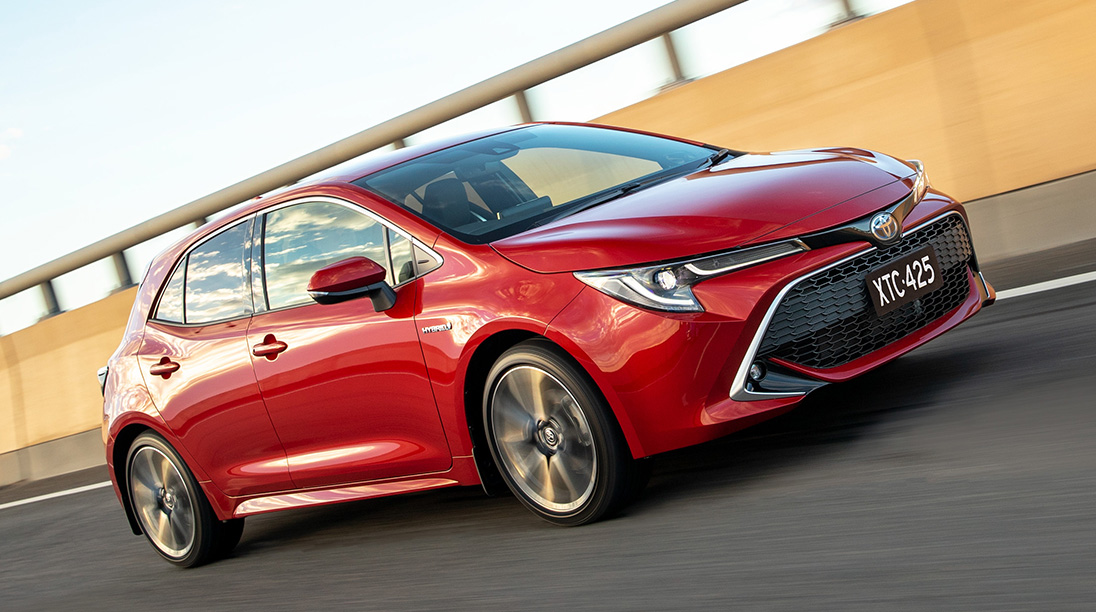 Of the middle-tier players among Australia’s top 10 car brands, Mitsubishi is perhaps the one now most likely to reach 10 per cent – a previously stated goal of Hyundai and Nissan, while Volkswagen (4.9% last year) has always held big volume and share ambitions for this market and the fast-rising Kia (5.1%) also anticipates its annual sales will pass 100,000 units once it lays its hands on a ute and new SUV entrants.

One month is just one twelfth of an annual result, but it is hard to overlook the fact that Kia’s market share has climbed from less than three per cent (2.9 in 2015) to more than five in just a few years, when several of its major rivals are scrabbling – with mixed success – to hold on to what they’ve got.

Those few car companies that thrive in these tough times are setting themselves up for a long run as the leading players in the industry.

Heading into the 2020s, the three leading Japanese brands – Toyota, Mazda and Mitsubishi – are clearly best placed, with the Koreans – Hyundai and Kia – also set to capitalise, just as we wonder whether Holden and Ford will ever make it back.