SUV boom is a balancing act

THAT SUVs will overtake passenger cars as the dominant force in the Australian new-vehicle market is a fait accompli, with all but two of the top 12 best-selling brands – Holden and Volkswagen – leading the charge in pushing the ‘tall-timbre’ class to new heights this year.

But is there a danger in the dominant brands placing too much emphasis on SUVs?

As we have reported, sales of SUVs are up 10.3 per cent across the industry this year, while passenger car sales have dropped 5.6 per cent. This has narrowed the gap to 28,972 units to the end of July, handing SUVs a 37.2 per cent share of the total market – up 2.5 per cent on the same point last year – compared to 41.4 for passenger cars (-3.7)

High-end brands are driving plenty of growth, introducing all-new models in a trend that will continue to intensify in the short to medium term.

However, for sheer volume the big-selling mainstream brands are at the core of the current SUV boom and working overtime to bring new entrants to market and funnelling sales and marketing funds into their new and existing model lines.

Striking a healthy balance between passenger car and SUV sales – and commercial vehicles, where offered – and ensuring strong representation in the high-volume and fast-growing classes looks to be an obvious strategy, rather than relying too heavily on a particular segment. 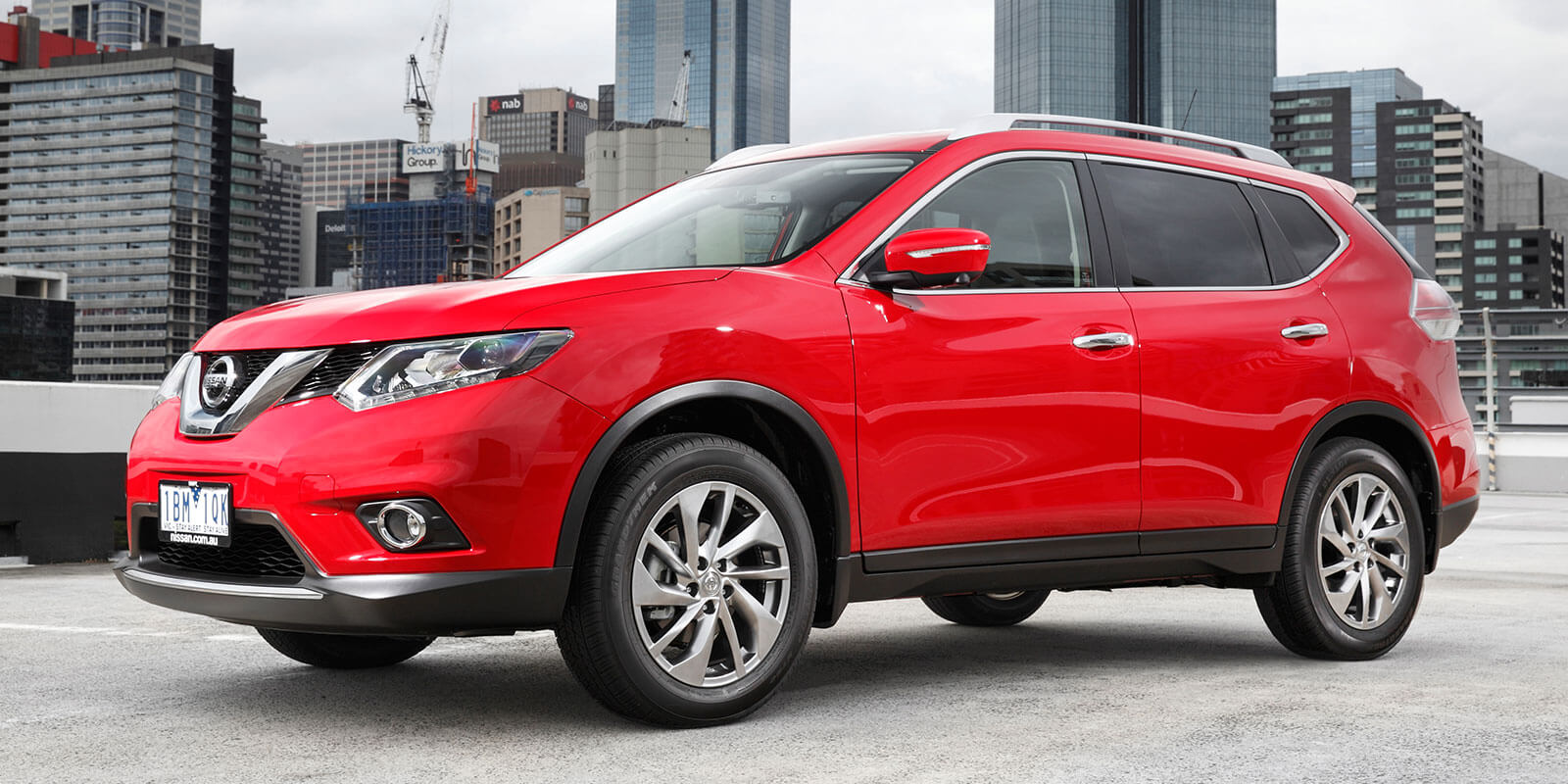 Share portfolio: Led by the X-Trail, Nissan SUVs account for 60 per cent of the brands total sales. With LCVs accounting for 27 per cent, that leaves just 13 per cent of sales across six passenger car model lines.

But many mass-market brands are finding the balance either skewing heavily towards SUVs at the expense of passenger lines or, among a few top-tier players such as Hyundai, Holden, Ford and VW, sitting at a point with SUVs that looks too low for comfort.

Unashamedly now focused on SUVs and LCVs at a global level, Mitsubishi’s SUV sales are up 37.3 per cent this year – thanks to the new Triton-based Pajero Sport and a solid return from the ASX crossover – which leaves its passenger cars, as a percentage of total brand sales, at just 15.2 per cent and LCVs at 32.3 per cent. 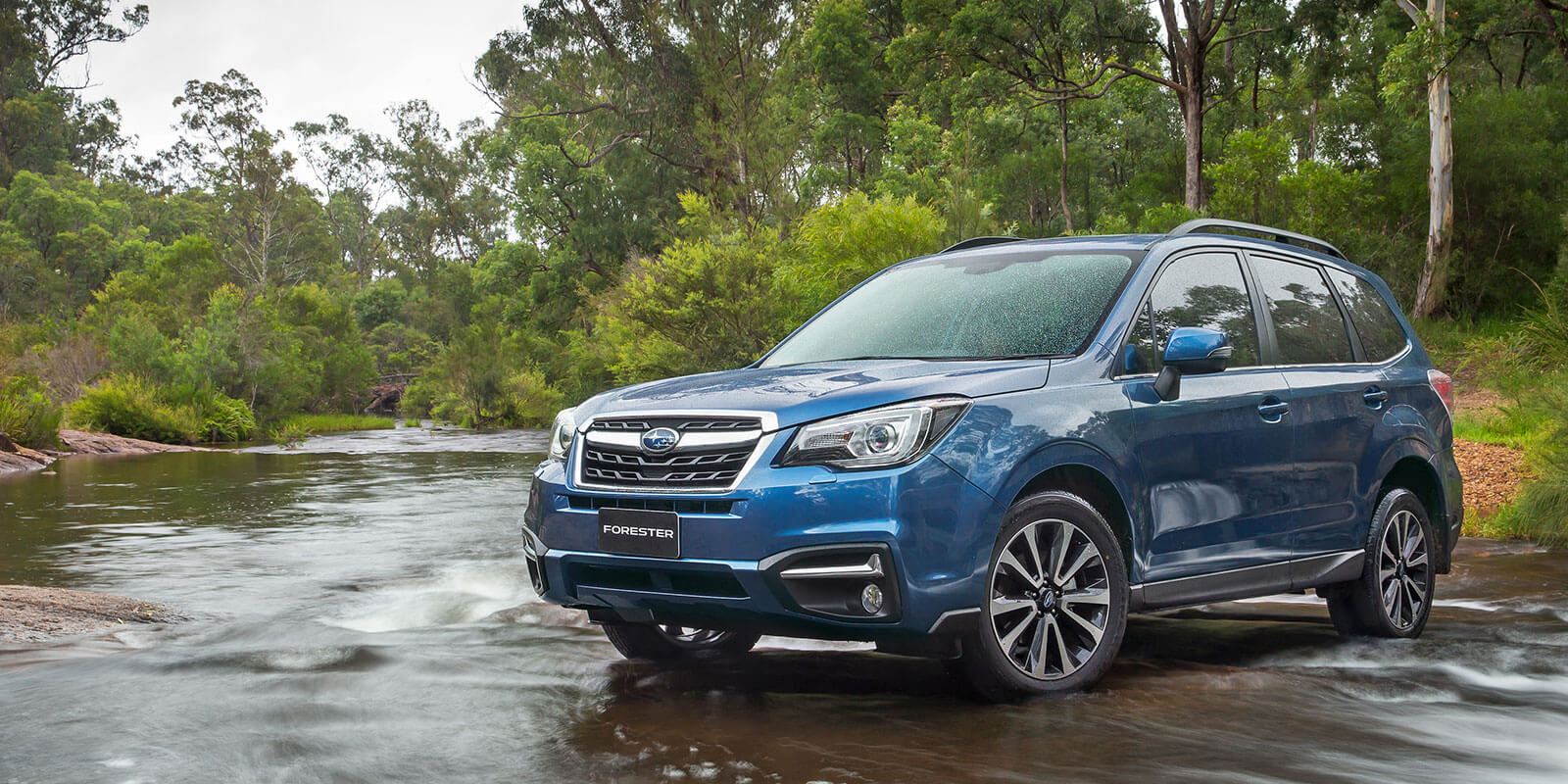 Nissan is lineball with last year in terms of outright sales year to date and the influence its broad range of SUVs have on its overall sales. Yet its passenger cars currently make up only 13 per cent of sales, while LCVs are at 26.7.

Subaru and Honda’s SUV share is perhaps less surprising given their smaller line-ups, the absence of LCVs and well-established credentials in the SUV segment, which is translating to higher sales as new models reach the market.

Subaru’s SUV sales are up 12.9 per cent this year – Forester, Outback and XV all contributing – while Honda, which has fallen out of the top 10 overall and is suffering from a 3.5 per cent sales slide, has an SUV (HR-V) that is limiting the damage and is singlehandedly responsible for its 8.6 per cent SUV sales growth this year.

Perhaps unsurprisingly, market leader Toyota has the most even balance of sales across SUVs, passenger cars and commercial vehicles, despite being another brand without a small SUV in its arsenal – for the time being.

Mazda does not have the same clout in the commercial vehicle department, but booming SUV sales this year (up 20.1 per cent) now has them accounting for 38.6 per cent of its total, compared to 48.6 per cent for passenger cars and 12.8 per cent LCVs.

Unlike Holden and VW, which have found SUV sales falling 9.6 and 18.8 per cent respectively this year, Hyundai is at least tracking in the right direction – up 7.8 per cent this year thanks to the new Tucson outselling the previous ix35, and with Santa Fe also performing well – despite its low 26.1 per cent SUV share as a percentage of its sales, compared to 48.6 for passenger cars and 12.8 for LCVs.

For Hyundai and also Nissan, SUV share as a percentage of total sales is lineball with where it was at for the full year in 2015. Holden, Ford and VW, on the other hand, have all fallen.

Holden’s percentage mix with 23.4 per cent for SUVs this year (down from 24.5 in 2015) compares to 51.1 for passenger cars and 25.5 for LCVs. It has a heavily revised Colorado-based Trailblazer on its way, but will be banking on a major redesign for Captiva at some point to give it a better entrant in the all-important mid-size segment – and space for a larger seven-seat crossover. 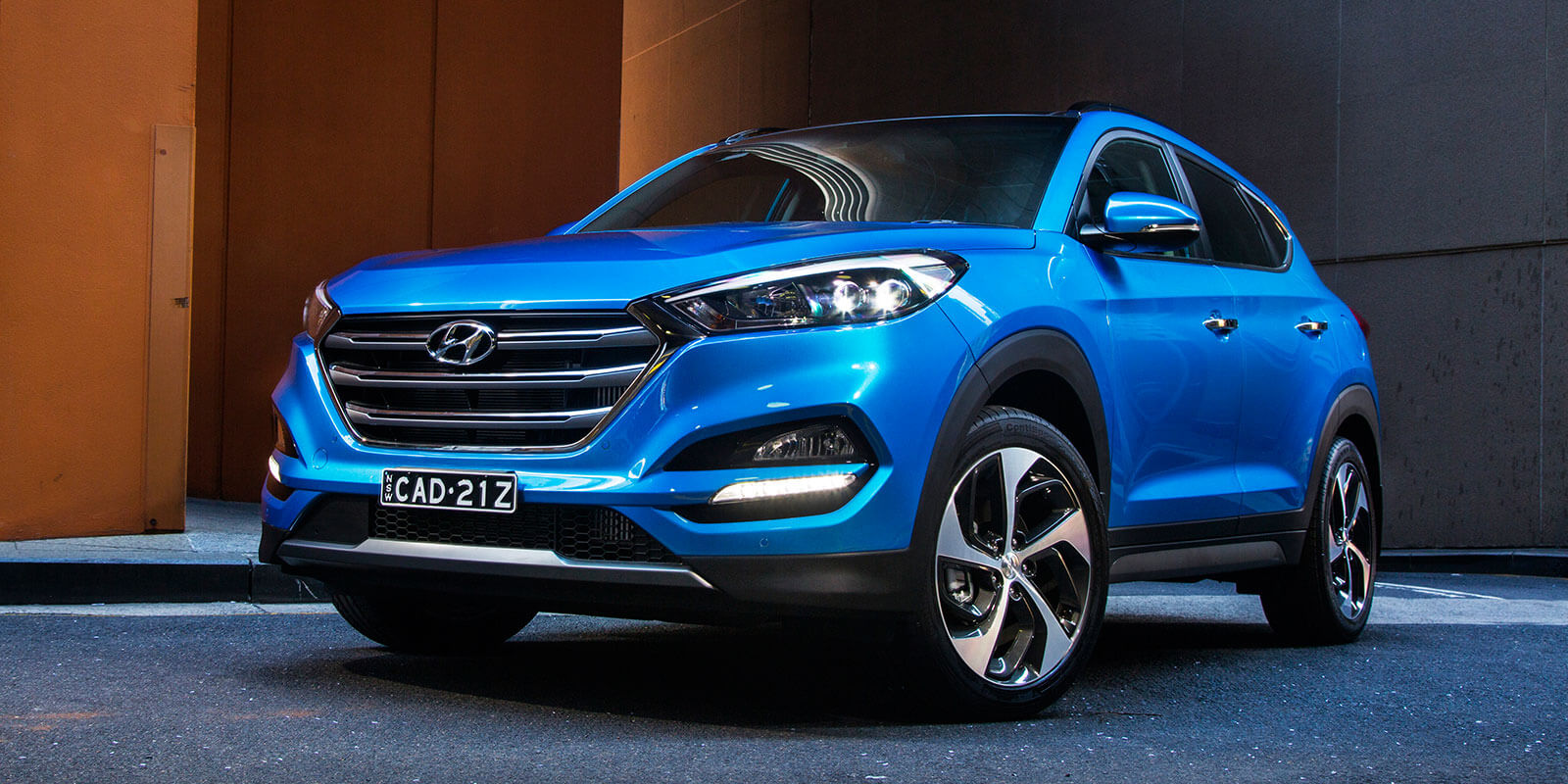 Ford’s SUV sales are up 7.8 per cent, due mostly to the addition of the Ranger-based Everest, but its share as a percentage has slipped from 24 per cent last year to 21.8 per cent YTD. This will deepen as it ends production of the Territory SUV in October (without a replacement before 2018), despite new Everest variants on the way.

Relying heavily on the Ranger ute, Ford’s LCV sales (as a percentage of its total) are currently 50.7 per cent, while passenger cars account for 15.2.

Volkswagen has the most work to do and, as reported earlier this week, the company has vowed to introduce five new SUVs over the next 30 months to increase overall sales, its SUV share and to skew the balance away from passenger cars which account for 63.3 per cent of its total sales.

Kia’s SUV sales are up 32.1 per cent this year, contributing to a brand-wide 28.1 per cent increase (achieved without LCVs in the mix) that has seen it overtake Honda and Mercedes-Benz for 10th position overall in the marketplace.

Its SUV/passenger car split is 35:65 YTD, with its two SUVs – Sportage and Sorento – both recording increases of more than 30 per cent. Like Hyundai, Toyota and others, things can only get better once a small SUV becomes available. 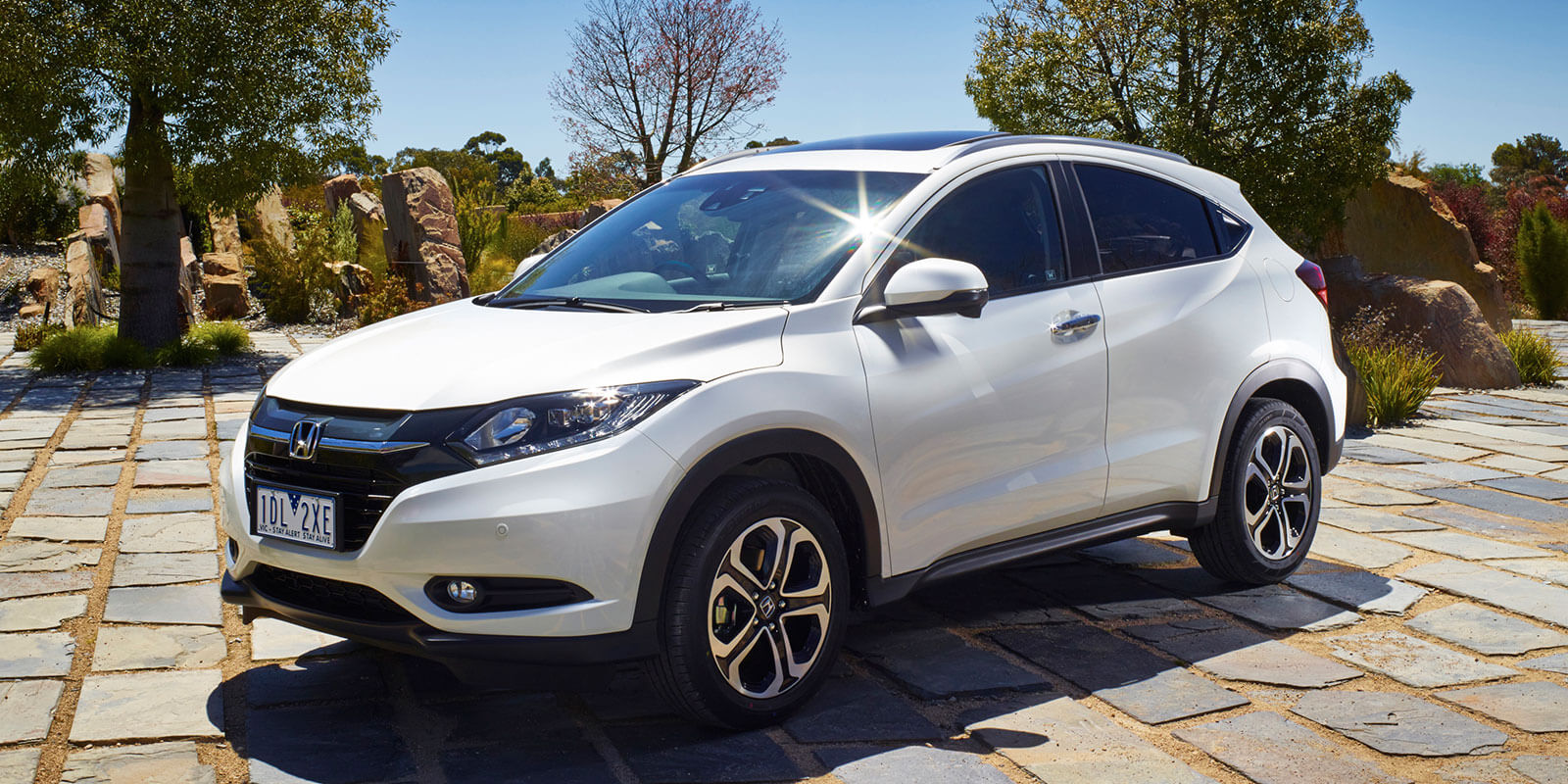 We need look no further than Mercedes-Benz for the most emphatic illustration of how new-generation models and all-new entrants in both mainstream and niche SUV segments can transform a brand, which has recorded a phenomenal 125.8 per cent increase in SUV sales this year for what is now a neat-looking balance – 33.1 per cent of its total volume now being SUVs, 55.4 per cent passenger cars and 11.5 per cent commercial vehicles.

Last year, SUVs accounted for just 21 per cent of Mercedes’ sales, necessitating a heavy reliance on passenger cars – 66.3 per cent – while commercial vehicles were steady on 12.7.

No manufacturer wants to be left out of the action, whether through lack of representation or lack of sales performance, hence the current boom in product development and new-model introductions.

But those who are diverting resources away from passenger cars are taking a serious risk.

While there is no sign of ‘bust’ with this SUV boom, the market is well on its way to becoming heavily saturated and sales are bound to peak before too long. 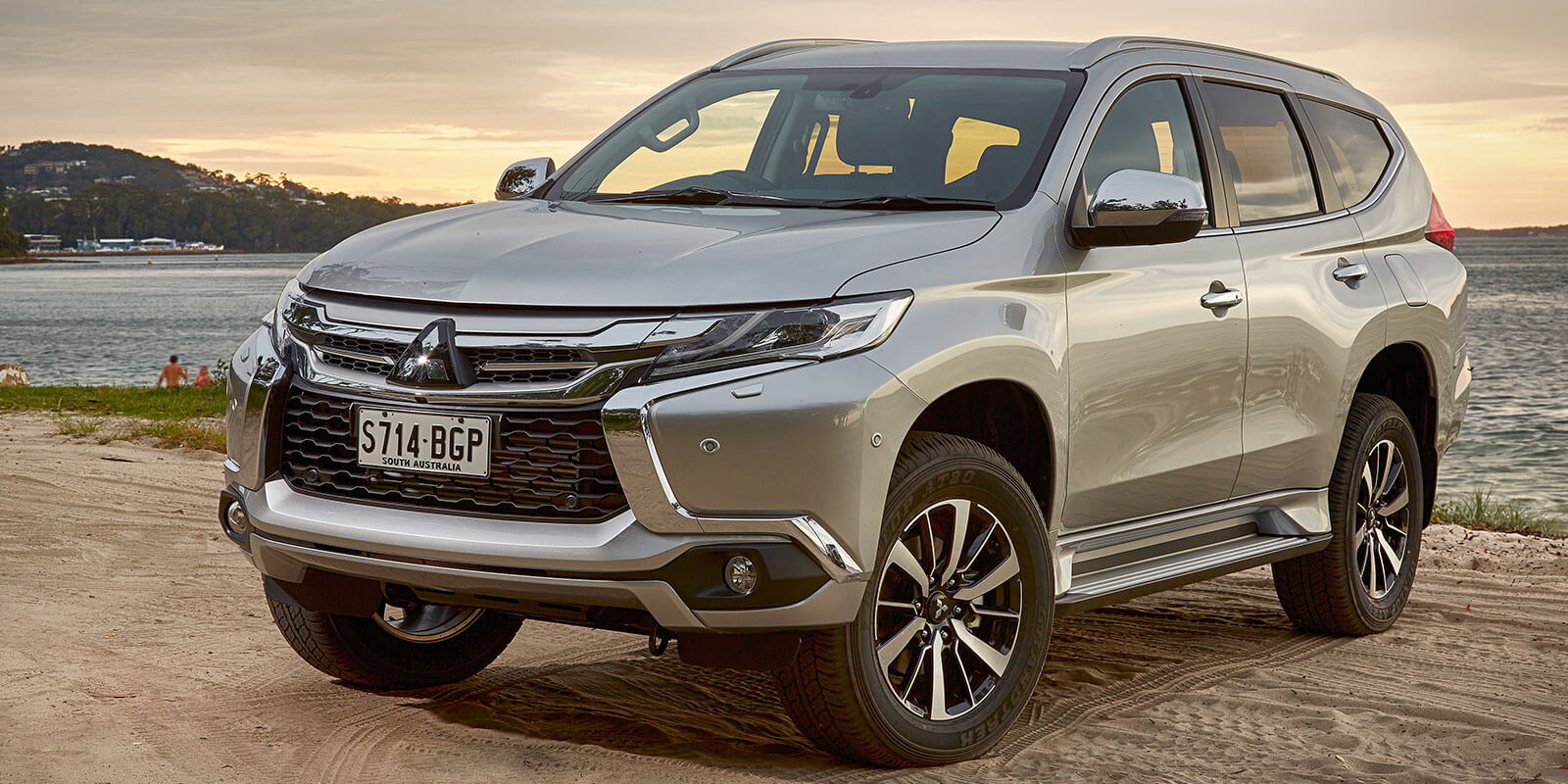