MANY mainstream car-makers are relying heavily on the popularity of their SUV line-up to counter drop-offs in sales of their passenger car offerings, according to official VFACTS figures.

Passenger car sales have been in decline for years as SUVs become the vehicle of choice for an ever-increasing number of Australian consumers, but the 2015 sales figures show just how many brands have lost sales from traditional passenger models to the high-riding wagons.

Given the increased focus on SUV development by mainstream and premium car-makers, it is just a matter of time before SUVs overtake passenger cars in the annual sales race. In fact, if the current rate of growth continues, SUVs could be the highest-selling category by the end of 2018.

Some mainstream brands are relying on their SUV sales to prop up their overall monthly and annual tallies, and this is particularly evident when looking at the results of Mitsubishi and Nissan, which finished fifth and seventh place respectively last year.

Mitsubishi has struggled with its passenger car line-up for years and now counts the Mirage light hatch and sedan and the nearly nine-year-old Lancer small car as its only passenger car offerings.

Back in 2008 – the year that Mitsubishi discontinued its 380 mid-size sedan with the closure of its Australian manufacturing operations – the triple-diamond brand shifted 60,692 units and about half (27,322) were for passenger models like the 380, Colt, Lancer and Grandis MPV. 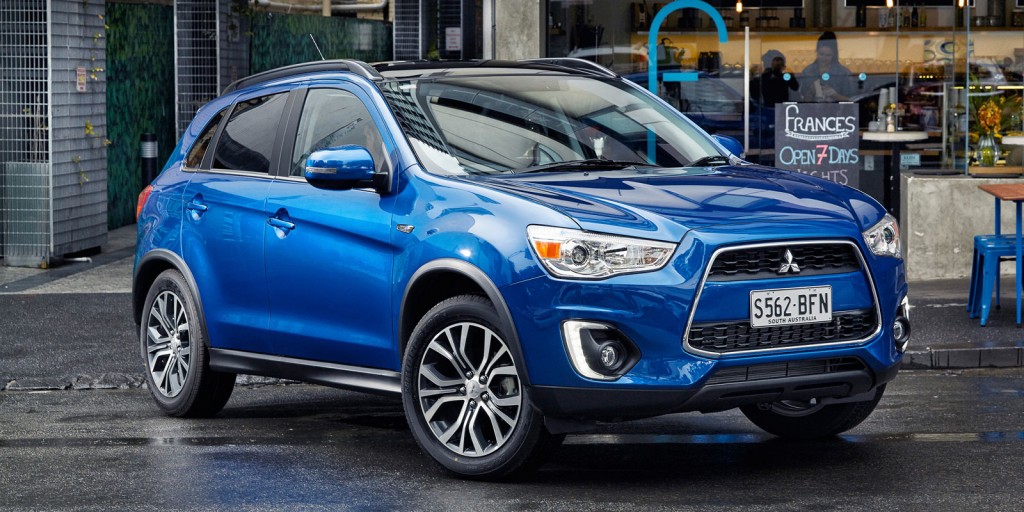 Riding high: The ASX was Mitsubishi’s top-selling SUV last year with 13,557 units, but its passenger car sales were off the pace compared with 2014.

Nissan’s sales are also now heavily skewed towards SUV models in Australia, with just 11,880, or 18 per cent of its 2015 total of 66,062 vehicles, going to its line-up of hatches and sedans.

Its strong range of SUVs that includes its top-selling model, the X-Trail, as well as the Qashqai, Pathfinder, Juke and Patrol, chalked up more than 39,000 sales in 2015, enough to place third in overall SUV sales behind Toyota and Mazda.

In 2005, when Nissan sold just shy of 60,000 units for the year, about a third of those were passenger car models.

Just three of the top-10 brands in 2015 recorded a lift in sales of passenger cars – Toyota, Subaru and Volkswagen.

Strong results for the Golf, Jetta and Polo last year kept VW’s head above water with a 15.4 per cent lift in passenger car sales, even in the face of the ongoing diesel emissions scandal that broke in September. Of VW’s 2015 total of 60,225 SUV, passenger and light-commercial sales, 38,727 were passenger cars.

Subaru’s resurgent Liberty sedan recorded growth of 294 per cent to keep it in positive territory, with a 9.2 per cent lift in passenger sales over 2014 to 13,476. This represents about 31 per cent of Subaru’s 2015 haul of 43,600 cars and SUVs, unsurprising given that its other core models – Forester, Outback and XV – are SUVs.

In contrast, all of those brands, except for Ford, recorded growth in their SUV lines. The Trax crossover and resurgent Colorado 7 helped Holden grow, Honda’s instantly popular HR-V lifted the Japanese car-maker’s SUV fortunes, and helped keep it in the top 10, Hyundai was lifted by the arrival of the Tucson and run-out ix35, while Mazda’s SUV sales jumped 65 per cent thanks largely to the all-new CX-3 crossover.

The gap in Mazda’s SUV and passenger sales is relatively small, with 52 per cent of its 2015 sales of 114,024 made up of passenger cars, and 36 per cent of SUVs. The continued popularity of its Mazda3, which was the country’s second-best seller last year, the Mazda2 that topped the light-car segment, and the Mazda6 has ensured its result.

Interestingly, Holden’s split was still in favour of passenger cars with 53 per cent, while SUVs make up just 25 per cent. This could very well change when the Commodore and Cruze switch sourcing from Australia following the closure of manufacturing in 2017. GM Holden has also signalled a greater focus on SUV product when the company becomes a full-line importer.

Hyundai is less reliant on SUVs than most car-makers, with traditional sedans, wagons and hatches still making up 69 per cent of its overall tally, as SUVs make up 27 per cent. Accent, Elantra, i30, Sonata and Veloster all recorded strong sales, but the arrival of a mooted compact crossover in a couple of years, and a full year of Tucson sales, could shrink the gap with passenger cars.

There were only a few brands that lost SUV sales in 2015 compared with 2014. Fiat, Ford, Mini, Peugeot and Volvo lost ground, as did SUV specialist Jeep, dropping almost 20 per cent.

While premium brands Audi, BMW and Mercedes-Benz all achieved increases year-on-year in SUV and passenger car segments last year, the growth in SUV lines was more dramatic, with Audi recording 30 per cent more SUV sales in 2015 compared with 2014, while Benz added 65.3 per cent more high-riding sales over the previous year.

Each of the three Germans have also put more R&D efforts into expanding their SUV line-ups as the global trend continues to favour high-riding wagons.