Toyota has ‘no regrets’ about inflating mid-size class

TOYOTA Australia sales and marketing chief Sean Hanley says the company has no regrets about inflating the mid-size market segment with Camry sales as it “fulfilled its obligations” ahead of its local manufacturing exit last October.

In an interview with GoAuto at the launch of the new Corolla hatch in Queensland earlier this month, Mr Hanley said the action was taken “for all the honourable, right reasons” as the company upheld its commitment to sell around 30,000 locally manufactured cars each year – Camry and the related lower-volume Aurion large car – from the time of the announcement, early in 2014, until its factory closure late last year.

He also said Camry sales this year, which are down 37.4 per cent with the fully imported version in showrooms, had “exceeded our expectations” and that the company was expecting to post a figure of around 16,000 for the full 12 months – 3000 units more than originally forecast.

“We always knew that we weren’t going to sell as many imported Camrys as we were LM (locally manufactured) Camrys, and the reason for that is because we had obligations,” Mr Hanley said.

“We made obligations on timing when we closed the manufacturing plant, we made strong commitments to the supply base in Australia so that we could give them plenty of notice to make adjustments to their own businesses, so we had a reason why we had to sell 30,000 LM cars.

“And we were totally committed to that goal.

“So therefore it is fair to say that we inflated that market. But we had to. And we did it for all the honourable, right reasons, right? And we have no regrets about that because we fulfilled all our obligations.

“It was a deep respect we had for all the stakeholders involved. And that’s what drove it: deep respect.”

“So we had to have a plan that saw Toyota not only offset whatever that reduction in LM might be, which was significant, but then sell this car, that was positioned slightly higher in price, there’s no doubt about that … and many people said we wouldn’t sell many of these cars,” he said. 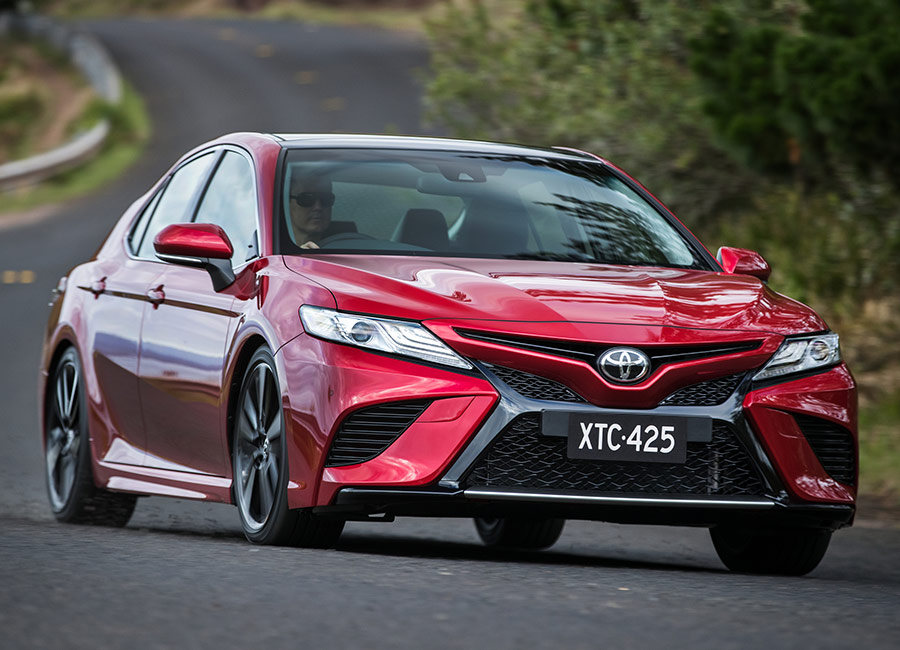 Above and beyond: Toyota is expecting to sell around 16,000 imported Camrys this year, which should keep its segment share beyond 50 per cent – albeit with a major drop in volume compared to the previous Aussie-built model.

But Toyota has defied its critics, according to Mr Hanley, especially those at the launch of the newly imported model last November who said that it would not be successful in the struggling mid-size class without the benefits that come with local manufacturing, such as preferential fleet deals.

“When you look at our overall sales, before everyone starts writing to say, ‘Well, hold on, that’s less than the LMs’ – yeah, of course, we planned that. We knew that. It’s a different car. It’s a different segment now to what it was when we had local manufacturing. We understood that.

Toyota’s HiLux ute and its various SUV model lines are making up the shortfall as the market-leading brand, like many others, experiences a downturn in sales of traditional passenger car lines but has still managed growth of 1.4 per cent overall this year.

Camry still commands a huge 51.1 per cent share of the ‘medium cars under $60,000’ segment, with 8813 sales to its name as at the end of July, although 1266 of these include the last run of LM versions. That leaves 7457 units of the imported model sold over the first seven months this year. 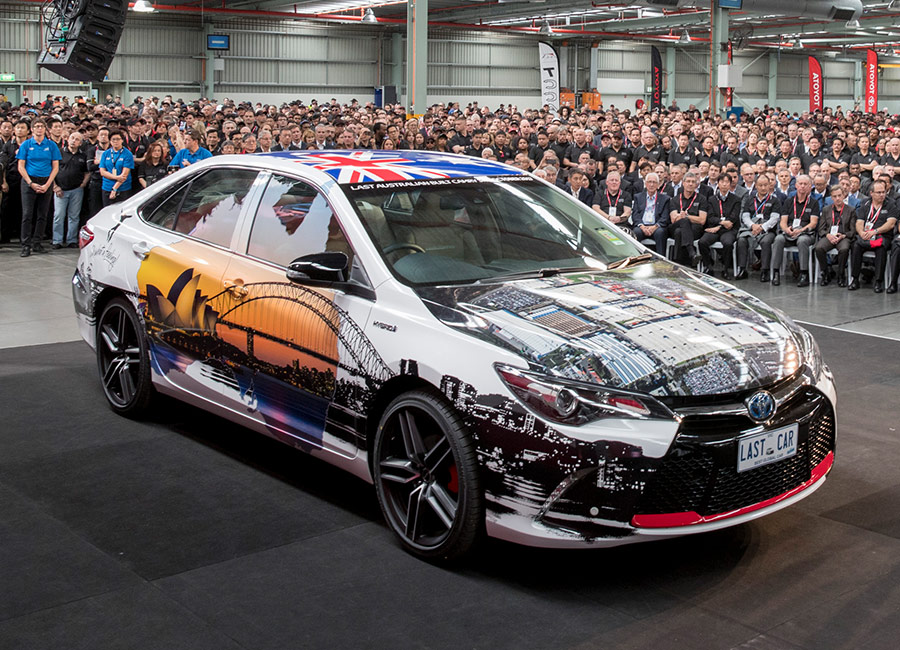 For a long period, including the past 12 years when the closely-related Aurion came on board in mid-2006 as the replacement for the previous V6-powered Camry, annual sales of the locally built Camry four-cylinder (including hybrid from 2010) have remained steady in the low-to-mid-20,000s bracket.

The one exception was 2011, when Australian production was affected by parts shortages caused by the devastating Japanese earthquake and tsunami in March and, when tooling up for a model changeover later that year, industrial action at the Altona plant.

As such, Camry sales slipped below 20,000 units for the first time in well over a decade.

‘Modern-era’ Camry sales hit a peak the following year at 27,230 units – taking the entire mid-size segment to more than 70,000 units for the first time since before Mitsubishi pulled out of local manufacturing in 2008 – while Toyota’s final three-year LM thrust took its mid-size sedan as high as 27,654 units in 2015.

As rival brands have left the segment (including Mitsubishi’s LM 380/Magna) and as their customers have shifted their attention to SUVs and utilities, Camry’s share has risen from 34 per cent a decade ago to the 50-plus per cent it has held since 2015.

Further contraction in the segment is expected in the coming months, but if it holds at 30 per cent, the 2018 full-year result will take the mainstream mid-sizers down to about 28,500 units.

Taking into account Mr Hanley’s forecast of 16,000 sales, that leaves 10 other brands still active in the segment scrapping for some 12,500 units.

Only the Skoda Octavia has recorded growth this year, and while some brands are known to be assessing their ongoing participation, others remain committed to the segment.

Among them, Honda recently announced it will bring its new-generation Accord to market later next year after deliberating for more than 18 months over whether it was really worth it.