The car-maker previously had a share of Uber’s self-drive division but exited when Uber sold that to another company, Aurora, in December last year.

Lyft is one of the world’s biggest ride-hail businesses and has developed significant autonomous driving technologies and Toyota says that the move advances the company’s plans to provide fully autonomous vehicles “at scale”.

Toyota will pay $US550 million ($A711 million) for Lyft’s “Level 5” division and merge it with Toyota’s R&D subsidiary Woven Planet Holdings, also based in the US.

The acquisition would also include staff from the Toyota Research Institute and boost the number of scientists and software engineers working on autonomous driving technologies at Toyota to 1200. Lyft has 300 specialists working on self-driving cars.

The Level 5 name applies to the top tier of a vehicle’s self-driving capabilities. Toyota currently has Level 2 status with its technology; used in its vehicles with advanced driver assistance systems (ADAS).

It has other self-driving projects including a joint venture with Japanese IoT (Internet of Things) and communication company SoftBank Corporation and is forming a consortium with General Motors, suppliers and semiconductor companies.

It has also been working with ride-hailing businesses and has a share in major Chinese ride-hail firm Didi Chuxing and Southeast Asia’s Grab.

Toyota said in February it would develop and build autonomous vehicles for ride-hailing networks with Aurora and one of its longtime supplier partners, Denso Corporation.

Woven Planet and Lyft this week also signed commercial agreements that will govern the use of Lyft’s system and fleet data to help speed up safety and the commercialisation of Woven Planet’s automated-driving technology development.

Woven Planet CEO James Kuffner said: “This acquisition advances our mission to develop the safest mobility in the world at scale.” 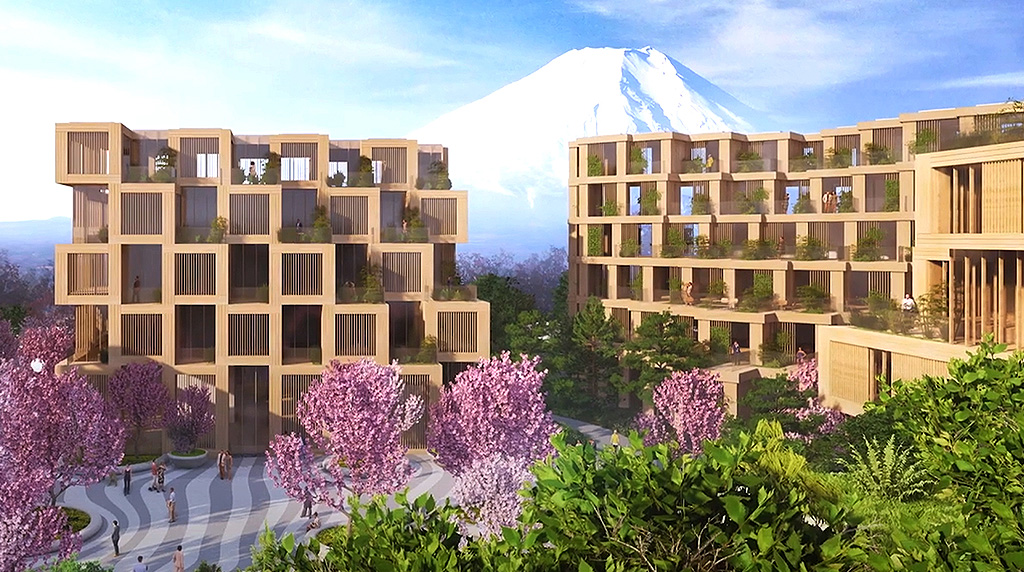 He said it would also give Toyota a presence in Silicon Valley and in London and expand Toyota’s “smart-city” project in Japan called Woven City at the base of Mt Fuji.

The 175-acre smart city is expected to be a testing ground for technologies like autonomous passenger vehicles, automated package delivery, robotics, smart homes and AI. The first residents in this “living laboratory” will be a group of about 360 inventors, engineers and scientists as well as young families and senior citizens.

A feature of the city is that it is self-contained and on private land. This gives its creators the opportunity to test designs and ideas “at speed and at scale” without bureaucratic interference. The company says that it will be able to “create holistic thinking that would be impossible in other environments”.

The creators are using a “digital twin” of the city in which they can test and develop concepts in a virtual world before applying the design to the city itself.