The company has already installed one of its renowned Veefil-RT chargers in Jiangsu Province, which lies on the coast, north of Shanghai.

The program was developed after Tritium was approached by the Hong Kong office of Oxford University Innovation, which works to transfer technology between the rest of the world and Asia.

“China is currently one of the most dynamic EV markets globally,” he said. “The government is keen to stimulate sales, with a range of subsidies and purchase advantages available.”

China has also adopted regulations to streamline the entry of new technology into the market.

“The country has developed a methodology that enables it to bring new automotive models to market rapidly.

“We see China as an exciting market. Our Veefil-RT charger is ‘China-ready’ and we are actively seeking partners in the country.”

Oxford University Innovation (OUI) runs a scheme called AutoIndustry Support Program and it was through this program that meetings were organised where Tritium met Chinese companies that were potentially interested in partnerships. 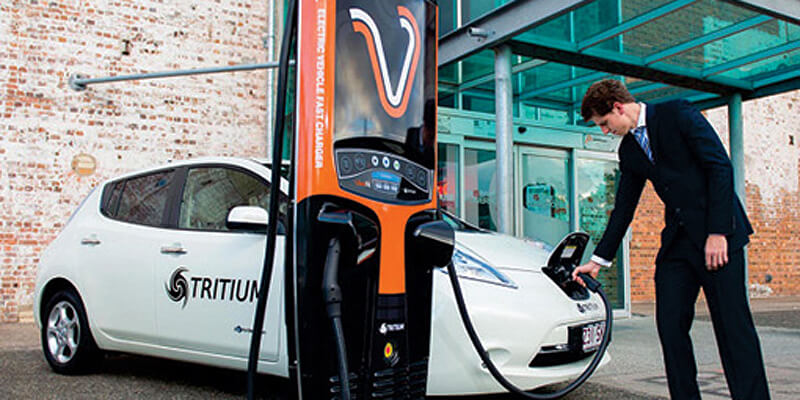 Charge ahead: Tritium has installed some of its Veefil-RT chargers in the Jiangsu Province of China.

“It has a strong background in R&D (research and development), which has led it to developing the type of specialist and complex technology that China wants.”

Dr Baghurst said there were “great opportunities” for Tritium as China wanted to become a strong competitor in world automotive markets and saw EVs as one of the answers to reducing CO2 (carbon dioxide) emissions.

Tritium has already established operations in the US, where it is the preferred supplier of chargers to the largest EV charging network operator ChargePoint. Tritium has recently established a factory and service facility in Torrance, California.

Its chargers are installed in 18 countries. The recently released Veefil-RT 50kW DC (direct current) charger is recognised as the most technologically advanced in its class.

The whole Veefil range use the same architecture, incorporating a patented liquid-cooled transformer that allows the Veefil chargers to be smaller, lighter and easier to install. The cooling system uses a heat exchanger made by fellow Brisbane company PWR Performance Products, which also makes radiators for the Red Bull Formula One cars.

The liquid cooling means the chargers can operate in a wider range of temperatures, from minus 35 degrees centigrade to plus 50 degrees centigrade. They also have a smaller footprint than other chargers, saving critical space in confined parking areas. 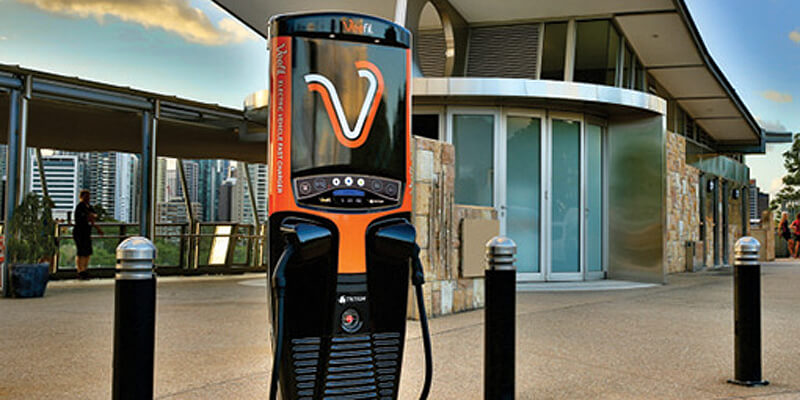