USED-car prices are up 34 per cent from 12 months ago and continue to strengthen as demand rockets on weak new-car deliveries and rising demand, according to the latest data from Moody’s Analytics.

The analytic company’s used-vehicle price index, that follows a mix of used cars, shows monthly sales growth rates have slowed as availability of vehicles becomes scarce which has led to prices that are “well above expectations”.

The data is also reflected in the latest AutoRadar reports from Cox Automotive Australia’s data solution division that this month said the average prices being achieved by dealers for used cars has increased by $8000.

Moody’s Analytics said its research had shown prices had also jumped 10 per cent compared with the beginning of the year and trends show buyers are preferring passenger cars to utes as fuel prices rise.

Moody’s Analytics’s senior economist Michael Brisson said one of the key reasons for the strength of the used-vehicle market was the global semiconductor shortage as buyers face long delays in receiving their new car.

He said the chip shortage “has decreased the number of vehicles shipped into the country, driving up the price of any vehicle people are willing to sell” and this supply issue “continues to put upward pressure on both new and used-vehicle prices”.

“The supply constraint was further exacerbated by the record rate of new-vehicle sales in Australia in April,” he said in his ‘Australia Used-Vehicle Second-Quarter Price Report’.

“Vehicle demand has remained strong as a result of the rapid economic recovery Australia was able to achieve coming out of the pandemic,” he said.

“The number of people employed across the country was higher than pre-pandemic levels in a little more than 12 months.

“Additionally, labor force participation as a percentage of adults neared all-time highs in May. 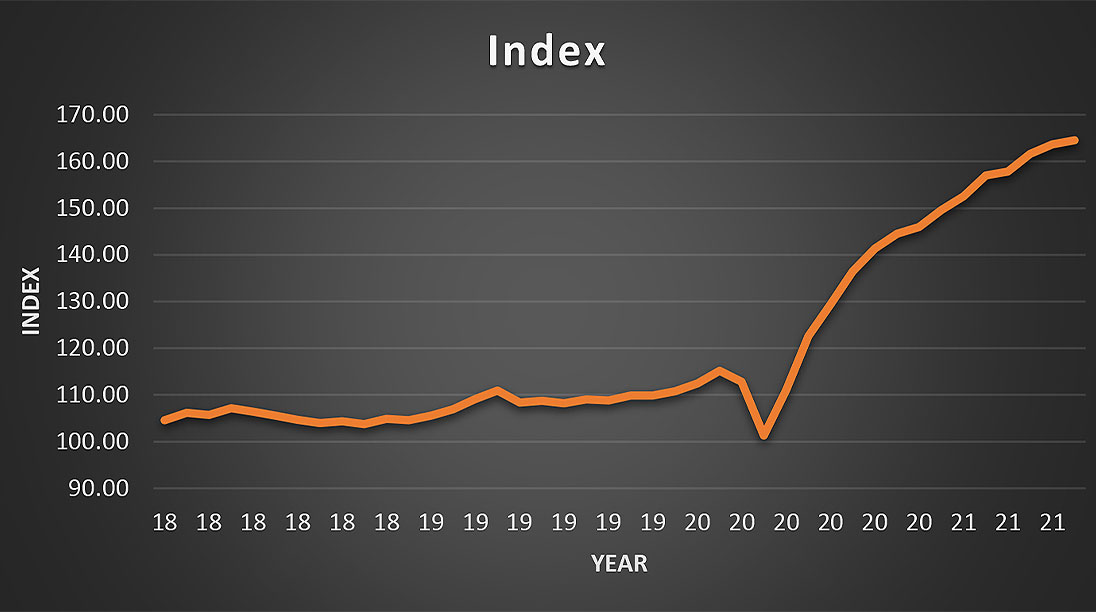 Mr Brisson said the only negative in this growth was localised outbreaks of COVID-19 and the subsequent lock-downs that have cooled consumer outlooks.

Mr Brisson said that despite used-vehicle prices continuing to rise, month-over-month growth rates reached their lowest level of the year in June.

“The slow-down in growth has been especially evident in larger vehicles,” he said.

“Trucks/utes/SUVs are down one percentage point in the past quarter, compared with a three per cent gain for passenger cars.

“Second, ute prices had risen so fast in the second half of 2020 that they were approaching 100 per cent of MSRP for some makes and models.

“This price ceiling put a cap on the gain that could be realised in the segment.”

Mr Brisson said this was evident in Australia’s most popular vehicle, the Toyota Hilux, that has remained in high demand throughout the recovery.

“At the same time, the supply of new vehicles remained low because of factory shutdowns in different parts of the world,” he said.

“In January 2020, a 2018 Toyota Hilux, also with 30,000km and a almost perfectly comparable vehicle, was projected to be 80 per cent of MSRP, according to the Moody’s Analytics AutoCycle residual value forecasting solution.

“This is a difference of almost $4000 for practically the same vehicle.” 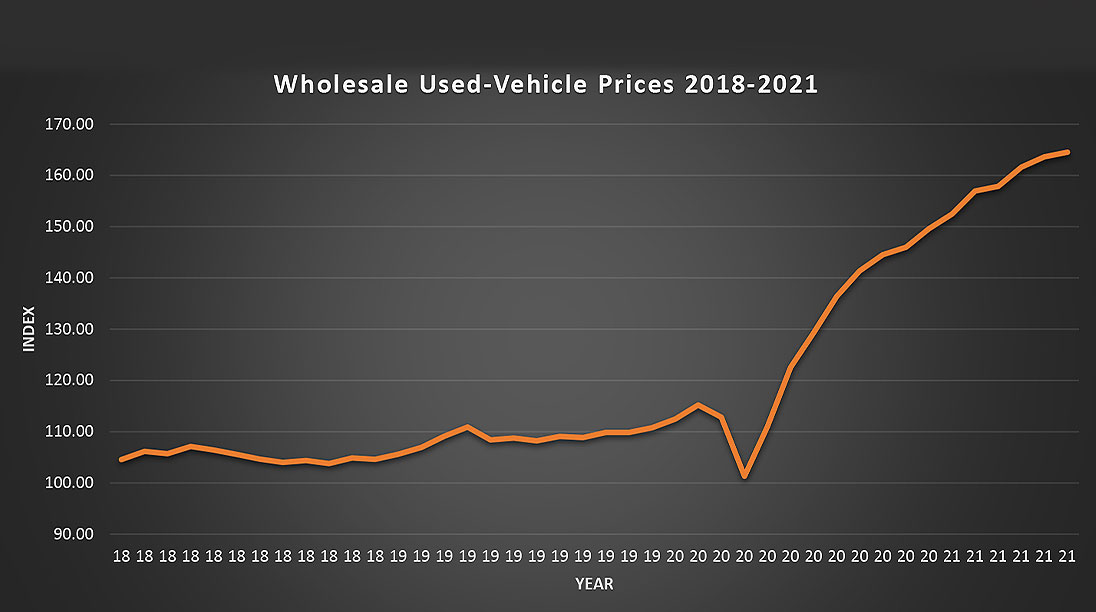 But Mr Brisson said that “the end of used vehicles as an appreciating asset despite usage is upon us”.

“It took a confluence of unpredictable circumstances – a highly transmissible virus, a surge in demand for consumer electronics, a fire at a major auto chip producer, and a rapid recovery in world- wide new-vehicle sales – to flip the market on its head.

“It will not take that much for the market to return to normal.”

Mr Brisson said it was now expected that “the worst of the semiconductor shortage is behind us going into the second half of 2021”.

“Prices will remain elevated for the remainder of 2021, compared with previous years, as the new-vehicle market looks to stabilise,” he said.

“Still, there will be downward movement in the price levels as measured by the Datium Insights-Moody’s Analytics Price Index.

“However, the decrease in prices will not be as steep or dramatic as the rise in prices over the past year, keeping prices well above pre-pandemic levels,” he said.

The AutoRadar report first published in GoAutoNews Premium said the shortage of new and used cars for sale had driven up used-car asking prices when delisted from dealers’ websites to an average of more than $31,500.

The data tracks the prices being asked at the time vehicles are actually delisted (because they have been sold) which is an indicator of the final transaction price achieved for that vehicle.