Was this man the most prolific wordsmith in the automotive field in this country? 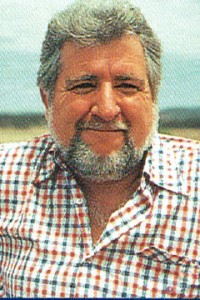 Goodbye: Bill Tuckey, one of Australia’s most well-known and well-loved motoring writers, has passed away.

LEADING Australian motoring journalist, editor, author and broadcaster, Bill Tuckey – possibly the most prolific wordsmith in the automotive field in this country – has died at the age of 80 after a long battle with illness.

Bill (we can’t bring ourselves to call him Mr Tuckey) first rose to prominence as a motoring writer as the motoring editor of Brisbane’s Courier Mail newspaper before he was recruited as editor of Wheels magazine in 1963, joining one of the most illustrious alumni of car magazine editors Australia has ever produced.

His predecessor, Ian Fraser, and those who subsequently occupied the Wheels editor’s chair went on to forge international careers in car magazines and the groundwork laid down by Bill during his time as editor would underwrite the editorial tone of the careers of those others who followed him.

In an era when cars were really quite poor and undeserving of the praise they received in some quarters, Bill developed a say-it-as-it-is ethos with the staff of the magazine, which saw him pioneer forthright opinions and multi-car comparison tests. 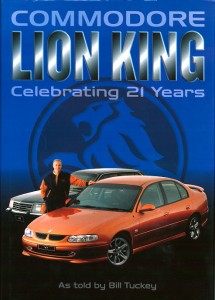 A desire to applaud those manufacturers who were raising the standards of the cars being offered in Australian car showrooms – and a prod to others to better things – led to his creation of the Wheels Car of the Year award; at the time the only such award anywhere in the world and now much copied.

While editing and writing for the publication, Bill found time to invent Romsey Quints, a fictitious larger-than-life Colonel Blimp style character who parodied with comedy and satire the world of motorists and motoring enthusiasts and their relationships with their cars and their women-folk (it was a different time).

Romsey Quints wore a deer-stalker hat, carried a British bureaucrat’s folded umbrella and was always photographed from behind to avoid giving Tuckey’s identity away – which was satire in itself because everyone knew it was Tuckey. In addition to his columns, Quints took on multiple features assignments driving street sweepers, armoured personnel carriers, large lorries and wrote them up as road tests with entertaining humour.

Readers loved it. His publishers, K.G. Murray, even printed a collection of Romsey Quints columns and stories in a special edition which was sold on the newsstands alongside Wheels.

Bill had only been at Wheels a year when his other great passion, book writing, saw K.G.Murray publish his Book of Australian Motor Racing. He was 28. 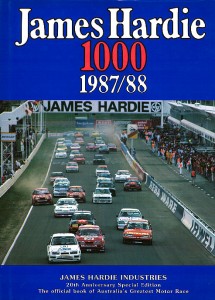 Ever the budding entrepreneur looking for an opportunity, he hosted Australia’s first motoring show on Australian television in 1967.

Bill also wrote a monthly column in Wheels in which, at one point, he developed a verbal battle with motoring writer Paul Higgins who was writing the Our Man Higgins column in rival Motor Manual magazine. The duel of words and insults captured the attention of thousands each month who followed the battle gleefully as the two used their unchallenged skills to wield the English language as an acerbic weapon against each other.

Insults flew back and forth month-by-month until the powers that be thought enough-was-enough after Tuckey wrote that Higgins (who had significantly protruding front teeth) was “the only man I know who can eat a cob of corn through a cyclone wire fence”.

Bill remained editor of Wheels until 1968 when he left to be a freelance writer and, coincidentally, to get drives in the Bathurst 500 at Mount Panorama.

He drove at Bathurst three times and, indeed, introduced touring car champion Allan Grice to Bathurst as co-driver in a stock-standard Fiat 124 Sport. Several years later Bill was driving a Holden Monaro GTS 327, which he thought was his best shot at a Bathurst victory but, having qualified 13th, it retired with engine trouble. He raced touring cars for 10 years.

His times behind the wheel at Mount Panorama (and other touring car events) would expose him to first-hand experience of what it was like the drive in the great race and this led to more books about motor racing in Australia in general and about Bathurst in particular. 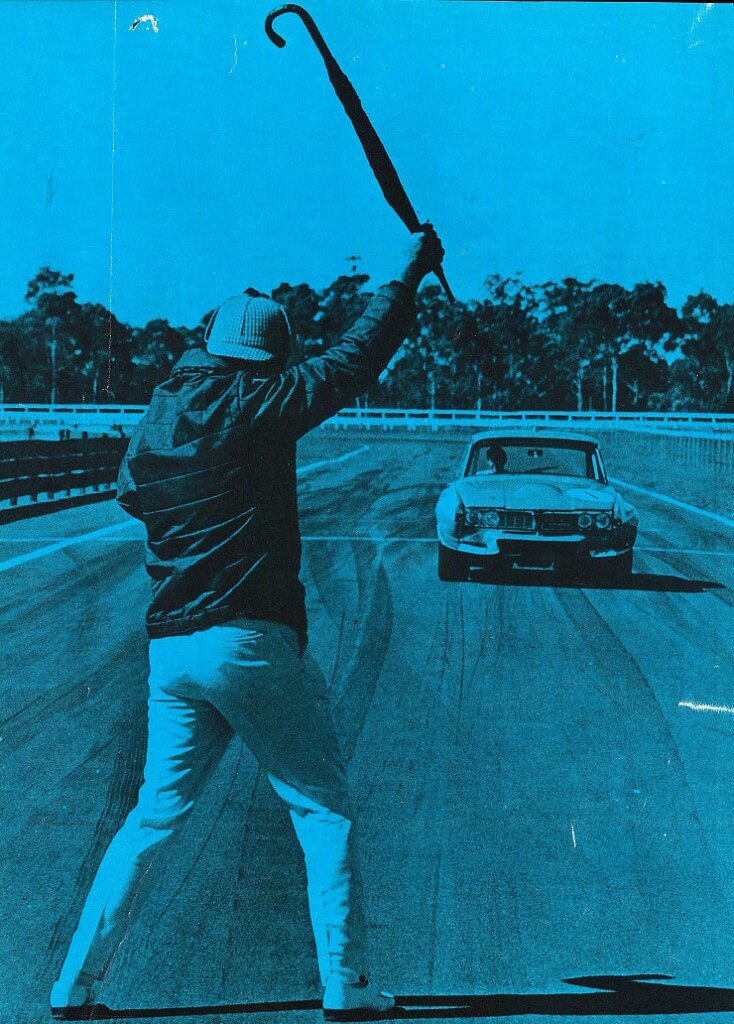 In company with his contemporaries at car launches and over convivial dinners, Bill was always talking about “The Book” he had under way which was not surprising because, at last count, he had written as many as 26 books most of which resulted from a relationship with Ray Berghouse and Tom Floyd who published his constant flow of manuscripts under the imprint of Berghouse, Floyd, Tuckey and later Chevron publishing.

Bill then took a fork in the road and he and his wife Marcia open a sandwich bar in Neutral Bay before dabbling in event promotions by bringing the French Hell Drivers to Australia.

In 1974, a year after Wheels was one of a basket of K.G. Murray magazines sold across to Australian Consolidated Press in 1973, Bill returned to Wheels for a further four years as head of the men’s titles – which included ACP’s stable of car magazines.

He then wrote two films for TV and cinema on the 1979 Repco Trial and in 1981 became a founding columnist for Robert Gottliebsen’s Business Review Weekly magazine. Bill’s weekly columns were followed closely by senior car industry executives because of the influence his opinions carried with the leaders of Australian industry and commerce who were buying the title in their many tens of thousands a week. 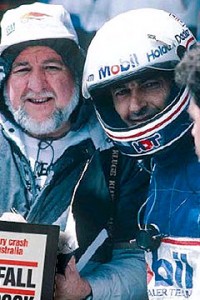 Bill’s most controversial book was The Rise and Fall of Peter Brock, which detailed Brock’s stellar rise as a virtual Holden nameplate and the terrible fall when Brock allowed his belief in voodoo car technology to come between him and Holden management. Bill nailed the inside story.

Around this time Bill joined Holden’s advertising agency, George Patterson, because the agency thought his vast experience, knowledge of cars and knowledge of motor racing would bring perspective to their group which was running the Holden racing program independently of GMH to get around a worldwide ban on motor racing by GM at the time.

He was also called on by Fairfax to take over the helm of the former Motor Manual magazine which had been relaunched as Car Australia. After initial stellar success under editor Tim Britten, when in some months it outsold Wheels magazine, ACP (following a well-used Kerry Packer tactic) poached Tim Britten for ACP’s Street Machine. Car Australia then lost its way under a succession of editors. The decline had set in by the time Bill took on the role and he could not save it.

Bill was commissioned by Ford Australia to write the definitive book about the Blue Oval’s local history and in 2000, True Blue: 75 Years of Ford in Australia was released.

Bill was good company and a great raconteur. He had an enormous ego and over a glass of wine or three would regale his fellow motoring writers about his exploits.

But, unlike many, Bill had accumulated a host of achievements, written hundreds of thousands of words that mattered to his many readers and was on first name terms here and overseas with anyone who had ever counted in the car industry; and in motor racing.

These many achievements justified his confidence in himself. Marcia, son Stuart and daughter Elisabeth have every right to be proud of him. 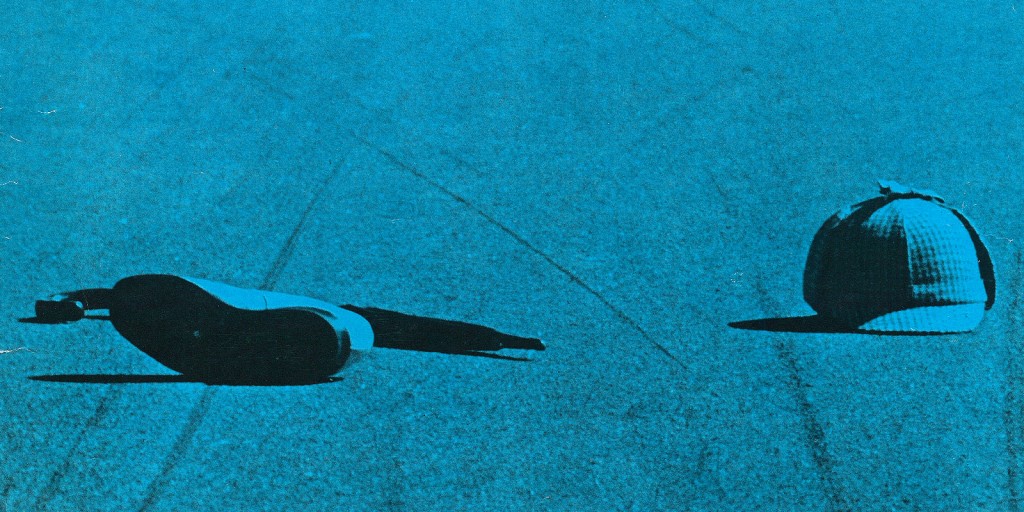