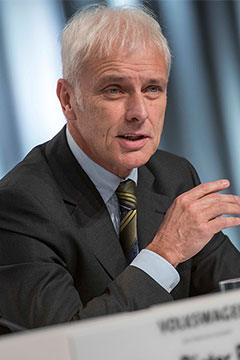 Ch-ch-ch-ch-changes: Matthias Mueller has been replaced by Herbert Diess (below) as head of Volkswagen Group amid a comprehensive company restructure.

VOLKSWAGEN Group chairman of the board of management Matthias Mueller has been replaced by Herbert Diess as the company introduces sweeping changes in its transformation after the ‘dieselgate’ scandal.

Announced this week and taking effect immediately, the decision to remove Mr Mueller was a “mutual agreement”, according to Volkswagen.

Since the scandal – which has cost the brand billions – Volkswagen Group has recalled affected models, introduced a fix to the impacted diesel vehicles and even bought back some cars in an effort to rebuild its reputation.

Mr Mueller also introduced the brand’s Strategy 2025 plan last year, with plans to introduce more than ten electrified vehicles by the end of 2019 and more than 30 all-new emissions-free vehicles across all brands by the middle of the next decade that is expected to be headlined by the ID concept range, as well as the Porsche Mission E, Skoda Vision E and Audi e-tron.

Last year, Volkswagen Group sold a combined total of 10.74 million vehicles worldwide, a 4.3 per cent increase over the previous year, and enough to secure it as the most popular car-making conglomerate in 2017 ahead of the Renault-Nissan-Mitsubishi Alliance (10.6 million) and Toyota Motor Corporation (10.38 million).

However, questions still linger over the brand’s reputation as it was revealed in January that a Volkswagen Group-funded study tested vehicle pollutants on monkeys, and allegations fly of more diesel emissions cheating amongst its German car-making contemporaries BMW and Daimler. 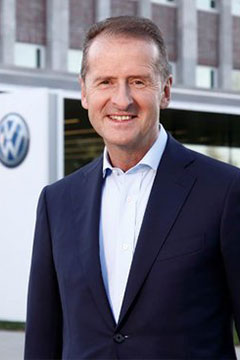 Prior to taking the top job at the car-making giant, Mr Mueller served as Porsche chairman and various other roles in Volkswagen Group’s subsidiaries including positions at Audi, Seat and Lamborghini.

Volkswagen chairman of the supervisory board Hans Dieter Poetsch expressed gratitude to Mr Mueller for his time served as the head of the brand.

“Matthias Mueller has done outstanding work for the Volkswagen Group,” he said. “He assumed the championship of the board of management in the fall of 2015 when the company faced the greatest challenge in its history.

“Not only did he safely navigate Volkswagen through that time; together with his team, he also fundamentally realigned the Group’s strategy, initiated cultural change and, with great personal commitment, made sure that the Volkswagen Group not just stayed on track but is now more robust than ever before.

“For that, he is due the thanks of the entire company.”

Mr Diess will step up from his role as Volkswagen passenger brand chairman, a position he has held since July 2015 – just a few months before the brand’s admission of cheating in diesel emissions tests.

Prior to working at Volkswagen, Mr Diess worked at BMW from 1996 and was instrumental in launching the Bavarian brand’s electrified i3 and i8 models.

Mr Poetsch called Mr Diess the “right manager” to propel Volkswagen Group into an electrified future and praised his work as head of the corporation’s flagship brand.

“The Volkswagen Group’s goal is, and remains, to align the company and its brands with future needs, to safeguard its position among the leaders of the international automotive industry with innovativeness and profitability and to be instrumental in shaping tomorrow’s personal mobility with the strength of our group brands,” he said.

“Herbert Diess is the right manager to do that. In realigning the Volkswagen brand, he has demonstrated, to impressive effect, the speed and rigor with which he can implement radical transformation processes.

“This accomplishment makes him predestined to fully implement our Strategy 2025 in the decisive years that are now to follow.”

“The Volkswagen Group is a union of strong brands with great potential,” he said. “Matthias Mueller has laid the groundwork for our transformation.

“My most important task will now be to join with our management team and our group workforce in consistently pursuing and pushing forward our evolution into a profitable, world-leading provider of sustainable mobility.

“In a phase of profound upheaval in the automotive industry, it is vital for Volkswagen to pick up speed an make an unmistakable mark in e-mobility, the digitisation of the automobile and transportation as well as new mobility services.”

In addition to his new role, Mr Diess will retain his position as head of the group’s volume brand, as well as head of group development and research, and vehicle IT.

In addition to the leadership changes, Volkswagen Group works council secretary-general Gunnar Kilian has been appointed the new member of the board of management for human resources taking over responsibilities from Karlheinz Blessing.

Volkswagen Group head of procurement Francisco Javier Garcia Sanz has also stepped down and will be replaced by former Volkswagen member of the board of management for procurement Ralf Brandstaetter.

In an effort to streamline its structure, Volkswagen Group will also divide its business into different categories – volume, premium, super premium, and truck and bus, as well as a separate division for the China region. 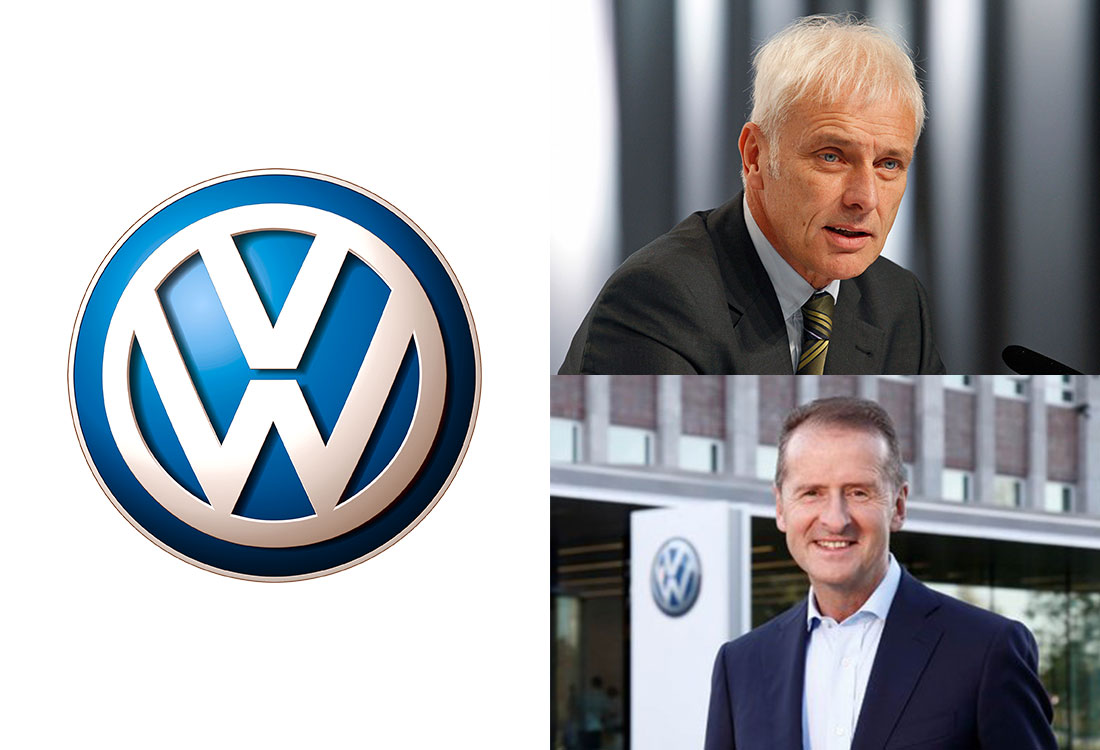