VOLVO Car Australia has been recognised for its contribution to the Cure Brain Cancer Foundation, taking out this year’s Research Australia Leadership in Corporate Giving award.

According to Research Australia, the award is “to recognise and foster involvement of Australian businesses, both small and large, in advancing health and medical research in Australia”, with previous year’s winners including Bupa, Rio Tinto, David Jones and Estee Lauder.

Volvo Australia has been working with the Cure Brain Cancer Foundation as a major partner for six years, contributing financially to the organisation’s goal of increasing five-year brain cancer survival rates to 50 per cent by 2023. 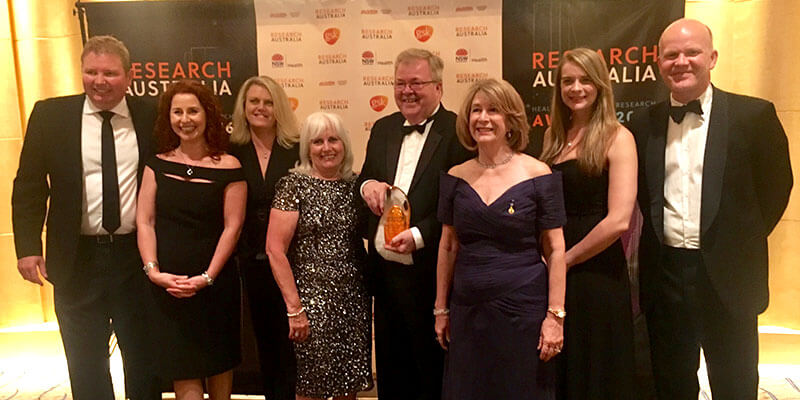 Cure Brain Cancer Foundation head of research strategy Michelle Stewart said the partnership with Volvo has been fruitful for the foundation, allowing it to grow on a global stage.

“Over the tenure of this six-year relationship, we have gone from funding just one research initiative to now supporting 23 world-class research projects, with collaborators in 40 sites, on four continents,” she said.

“We now also play an influential role in steering the global research agenda to exponentially improve outcomes for people with brain cancer.” 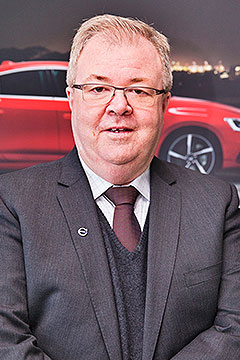 Volvo Car Australia managing director Kevin McCann said it is honoured to be part of working towards a cure for brain cancer.

“We at Volvo Cars are proud to be supporting Cure Brain Cancer Foundation,” he said. “Together we will find a cure for this terrible disease.”

Research Australia CEO Nadia Levin said Volvo’s contributions should be “commended” and recognised more than just the financial contributions to the foundation.

“Volvo’s work in supporting Cure Brain Cancer Foundation, which was founded by renowned neurosurgeon Professor Charlie Teo, must be commended and it highlights the importance of corporate Australia digging deep to support the community,” she said.

“Volvo’s partnership with Cure Brain Cancer has seen the organisation grow successfully from a small operation in 2010 to a large and influential research and advocacy group to save lives and improve brain cancer survival.

“This award is not about who donates the most to worthy causes, but about the relationships that a business builds with a charity or community organisation.

“Volvo’s involvement with Cure Brain Cancer has led to a boost in funds, but also the facilitation of further partnerships and strategic advice over a long period.”