… as ACCC and 100,000 Aussie VW owners have high hopes for compensation and fines

A $290 million settlement to Canadian owners of Volkswagen Group vehicles – the second in a year and now totalling $2.4 billion – has significantly buoyed hopes for a successful multi-million dollar claim by Australian owners that is scheduled to be heard within weeks.

But Volkswagen Group Australia, which is fighting the claims, has once more poured cold water on these hopes by continuing to insist the cars sold in Australia met Australian emissions laws. (See below).

Australian class action lawyers representing almost 100,000 car owners along with Australia’s corporate watchdog are now preparing to take on Volkswagen and its affiliates in an Australian court in March, aiming to secure a multi-million dollar compensation for motorists and a hefty corporate fine from the regulator.

The Australian Competition and Consumer Commission (ACCC) will make its case at the same hearing as class-action lawyers Maurice Blackburn which is representing almost 100,000 Volkswagen, Audi and Skoda owners.

Maurice Blackburn – which has 20,000 signed-up Volkswagen, Skoda and Audi owners – is seeking compensation over the car-maker’s emission scandal issue and its effect on the Australian market.

The legal firm has brought the action on behalf of all the 100,000 affected Australian owners and lessees.

It said it is buoyed by the recent second win by Canadian owners that in that country brings the settlement to about $A2.4 billion and fines to about $A18 million. But though the number of claims are similar, the firm would not speculate that the settlement would be the same.

Volkswagen AG and Audi AG have made a second settlement to Canadian owners of vehicles affected by the “emission scandal”, lifting confidence of Australian motorists for a similar payout ahead of a court hearing in Sydney set for March 5. 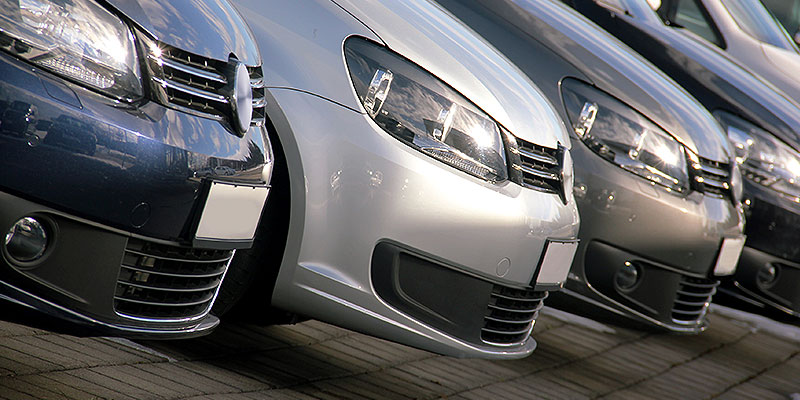 The latest Canadian offer of more than $A290 million aims to resolve class action by 20,000 owners of 3.0-litre turbo-diesel Volkswagen, Audi and Porsche vehicles.

The offer includes buybacks, repairs and restitution payments and comes on top of a $A2.9 million fine paid by Volkswagen and a $A2.1 billion payment (and $A15 milion fine) paid in respect to 105,000 Canadian owners of affected 2.0-litre diesel vehicles.

In Australia, the class action on behalf of the 100,000 Volkswagen, Audi and Skoda owners and lessees will be placed before a hearing in Sydney on March 5 by lawyers Maurice Blackburn. The lawyers first launched action against Volkswagen in November 2015.

Australia has 99,672 Volkswagen Group (Volkswagen, Skoda and Audi) vehicles that are affected by the group’s fitment of a defeat device that altered the emission levels of the cars while tested to “cheat” the emission standards and allow certification.

Volkswagen in Australia has argued that it has not broken the law and the emissions of its vehicles meet national standards when tested and therefore is opposing any compensation to its owners.

Volkswagen Group Australia this week said: “Volkswagen maintains there is no foundation for the current lawsuits in Australia because affected vehicles here continue to comply with the emission standards to which they were originally certified”.

“Canadian emissions regulations mirror those in the USA where Volkswagen had already admitted to breaches of US emissions rules,” a VGA spokesman said in a statement.

“Australia, like many other western countries, adopts the EU emission regulations which are different and include higher NOx emissions limits. Our diesel engine variants differ significantly from those in the USA and Canada.

“Volkswagen vehicles continue to satisfy European and Australian emission standards following the application of an update to the engine control software of affected vehicles in Australia. More than 41,000 Volkswagens – 53 per cent of the total recalled – have had the free software update applied as a result of our voluntary recall.” 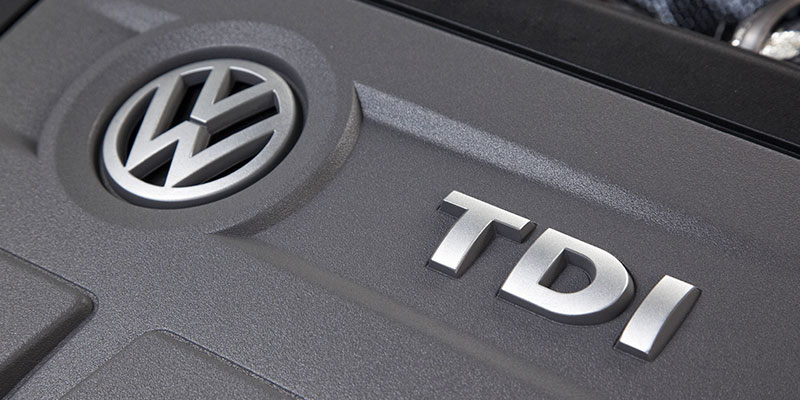 But the ACCC – which brought Volkswagen and Audi before the Federal Court and will be party to the March hearing – has stated that Volkswagen had misled consumers and the issue went beyond the emission laws.

Maurice Blackburn principal of class actions for NSW and the lawyer leading the compensation claim, Jason Geisker, said the payment to Canadian owners by the Volkswagen Group was “a snub” to Australians affected by the same scandal.

“Promptly apologising and compensating Canadians and Americans whilst paying millions of dollars to defence lawyers here in Australia to defend exactly the same conduct is simply deplorable,” Mr Geisker said.

“But the allegations of misconduct by Volkswagen are the same,” he said.

“Fundamentally, Volkswagen has created a smoke screen by stating that there are different emission standards around the world as justification for attempting to ignore customers in Australia.

“That is, in my mind, intellectually dishonest.

“Uniform requirements for emissions around the world apply to ensure defeat devices are not used. These prohibitions are identical around the world – not just in the US. That is the primary case against Volkswagen here in Australia.

“Volkswagen has not answered this. The fact that permitted emission levels differ around the world is not the point. Volkswagen used completely different calibrated cars for testing to the ones they sold to the public for use on the road.”

Mr Geisker said Volkswagen will now have to convince the Federal Court in Australia that this was not the case. He said it is important to note that Volkswagen conceded it had done the same thing in the US and more recently in Canada.

“But in the US and Canada, Volkswagen recognised that it was important to restore customer relationships to ensure long-term loyalty,” he said. 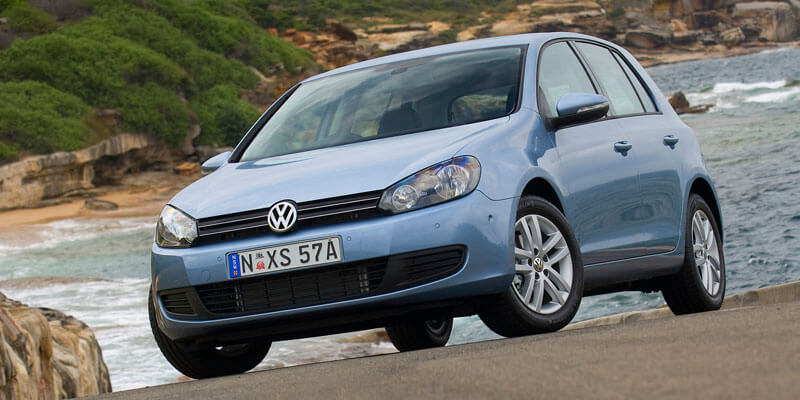 “In announcing the latest settlement, the president and CEO of Volkswagen Group Canada, Daniel Weissland, is quoted in a media statement as saying: ‘This is an important milestone for making things right for all of our customers with affected diesel vehicles in Canada’.”

Mr Geisker said that parent company Volkswagen AG and its Australian subsidiary Volkswagen Group Australia had so far refused to agree to any compensation deal for the equivalent 100,000 or so affected Australian 2.0-litre diesel vehicles “which contain the same emissions cheating software”.

“The situation in the European Union is slightly different when it comes to emission levels, not defeat devices,” he said.

“It seems that the affected Volkswagen vehicles in the US and Canada were not able to be made compliant by retro-fitting components and software. But Volkswagen says those in the EU and Australia are capable of being changed to deliver the same emission levels as promised by Volkswagen.

“That is because the German regulatory body said unless the affected Volkswagens were fixed, it would revoke type approval for the affected vehicles, making them unable to be sold.

“This is relevant to our proceedings, even though we are in an Australian court.”

Mr Geisker said Volkswagen had chosen to defend the same claims for affected vehicles in Australia.

“This is despite US prohibitions on using a defeat device being identical to those in Australia,” he said.

“Volkswagen says that the EGR (exhaust gas recirculation) device that was part of the defeat device used was not a part of the emission control system and that they were entitled to manipulate it for emissions testing purposes.

“That’s effectively their argument and clearly, for anyone who knows anything about an internal combustion engine, that’s simply preposterous.

“Volkswagen’s corporate culture says a lot about its attitude to customers, accountability and truth. By spending millions and millions of dollars defending its actions it is hard to see how Volkswagen can expect people to think that it has changed.

Mr Geisker said there was no doubt that Volkswagen customers had suffered loss.

“The affected cars are not worth what they were before the scandal broke. This is a real loss for Volkswagen consumers and will be felt financially by them. They cannot be ignored.”

Asked if Maurice Blackburn lawyers had approached Volkswagen Australia, Mr Geisker said the car-maker was not interested in having discussions with his organisation.

“It appears they are only interested in litigation and delays over the claim at this stage. It’s very disappointing,” he said.

“We expected they would be more open in all the circumstances.”

Maurice Blackburn will start the Stage 1 of the trial in six weeks time. This hearing was supposed to have been held in November last year but the law court building was flooded, so delaying the hearing to March this year.

Mr Geisker said the ACCC has a similar claim to his firm, with the exception that the commission will include Volkswagen’s listing of its affected cars in the Green Vehicle Guide.