MANDURAH Toyota is enjoying strong May trade despite the pandemic and sees the opening last month of its million-dollar renovation as a major impetus to the better than expected sales.

Dealer principal Steve Butler said customers were very impressed by the upgrade that involved gutting and refitting the showroom, enhancing the service and parts areas, renovating the exterior facade and replacing exterior signage.

“The showroom had a major rebuild 13 years ago and we have taken everything out and updated and modernised along with Toyota’s corporate identity changes,” he said.

“Although it is the same size showroom, customers now say it looks a lot bigger. That shows that the renovation work was successful.”

Mandurah Toyota, located about an hour south of Perth, achieved its Dealer of the Year 2019 award and Presidents Award, in the same year as the major renovation.  This was the eighth time they have won both awards, the last time being 2007.

The company  has added new lounges and customer areas that include separate spaces – coincidentally designed prior to COVID-19’s social distancing rules – for visitors.

It also adds bar areas with facilities for customers to work while waiting for their vehicles to be serviced, device charging stations as well as play areas for children including large TV screens and connection to online services such as Netflix.

“There was a lot of thought put into exactly what the customer wanted and how they would be comfortable while they are here, such as waiting for an express service to be completed on their car,” Mr Butler said.

“A lot of the design was borrowed from Qantas business lounges, which are acknowledged as being very well designed and fitted out, as well as guidance from Toyota WA.  Our local builder, Cachet Homes,  were especially impressive and cooperative, working after business hours to minimise inconvenience to our guests.”

The exterior has new signage and facades, with the addition of a drive-through service area that now doubles in size to take eight cars. Beneath the showroom is a four-car delivery area.

Mr Butler said sales had improved in May in response to fewer COVID-19 cases being reported in WA.

He said it meant people who would normally be travelling overseas or interstate were in the market for new vehicles, especially those capable of towing caravans.

“We have seen especially strong sales in the Land Cruiser 200 Series,” he said. 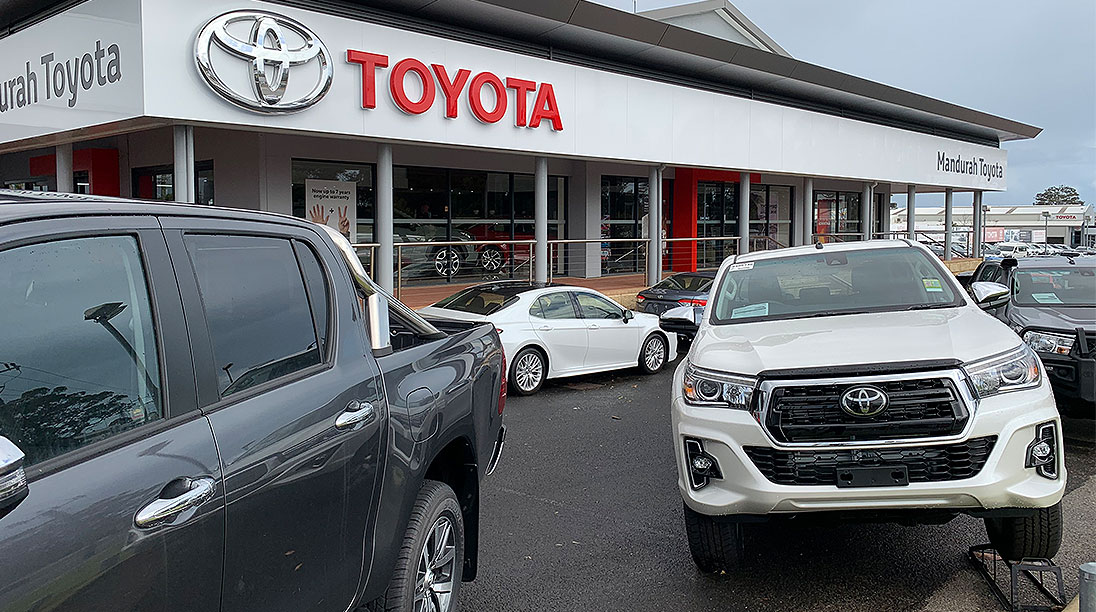