Why Nine is ditching CarAdvice

MULTI-MEDIA broadcaster and publisher Nine has decided to get behind the Drive brand as its single platform in the online automotive media space in a transition that will retire the CarAdvice brand.

The transition process will commence soon and proceed well into next year. By that time Nine management expects the combined traffic from the current Drive and CarAdvice sites will create a new clear market leader, ahead of CarsGuide editorial and Carsales editorial.

The move caps a year of change in the online motoring space which saw the CarsGuide and Autotrader web platforms move from Cox Automotive Australia to eBay, owner of Gumtree Cars.

Under eBay ownership, these sites – Gumtree Cars, CarsGuide and Autotrader – are being recrafted into a three-pronged auto classified alternative to Carsales. This move recently saw the dealer investors in CarsGuide, which the retailers had built up to provide competitive pressure on Carsales, exit their ownership of an online media property.

The move by Nine will conclude a process of consolidation that arose when the news and entertainment group ended up owning three auto sites.

Nine bought CarAdvice in 2016 but in 2018 it picked up the Drive and The Motor Report websites when Nine merged with Fairfax.  Drive was the auto brand under which The Age and Sydney Morning Herald published their print classified advertising and was their online brand as well.

The Motor Report was retired soon after the Fairfax merger leaving management to decide on a dual or single branding strategy, CarAdvice or Drive, in the auto space.

Drive/CarAdvice CEO Alex Parsons told GoAutoNews Premium: “We had two of Australia’s leading consumer brands in automotive and both of those brands were strong for different things. So what we’re proposing is bringing the strength of both brands to bear on a new product and a new platform and under one brand.

“We are not a Procter & Gamble or a Unilever, we believe that in our case in automotive the ideal number of brands is one. And we’re going to be going in under the Drive brand.

“Over the last two years, the focus has been on CarAdvice and CarAdvice traffic levels were a little higher than Drive. However we have found there is quite a healthy non-duplicated audience (for both). So bringing those together is not one-plus-one equals one, it’s more like one-plus-one equals something just less than two.”

Marketing director Leonora McEwen told GoAutoNews Premium that a key factor in choosing the word ‘Drive’ for the brand was the overlap the word ‘car’ carried when being typed into search engines. Users seeking CarAdvice would be faced with search results for major competing sites like Carsales and CarsGuide. This does not happen with a search for Drive. 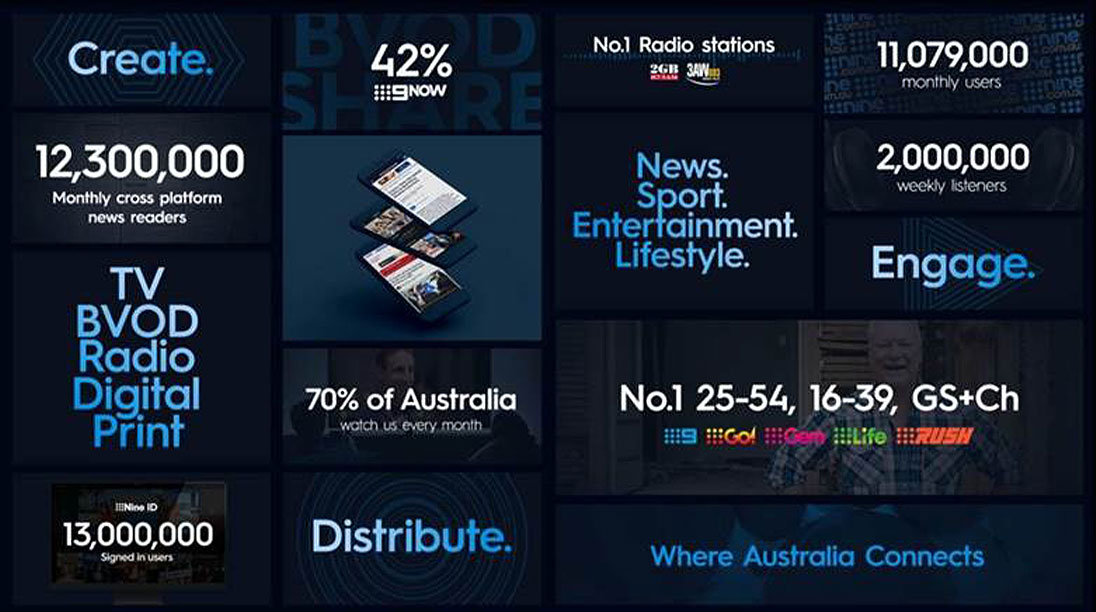 “I think it’s becoming harder and harder to have a point of differentiation in this industry, when it comes to where to go to look for a car.  The word ‘car’ had become very generic,” she said.

Ms McEwan said that the long presence of the Drive brand in the market gave it an advantage over the CarAdvice brand.

“We found when talking to consumers that they are often tripping over themselves in terms of where they were when they looked for their last new car.

“(Buying a car) is not something consumers are doing very often. We know that they’re in and out of markets often up to seven years apart. So a lot of change happens in that time.

“They tend to click back to what they know, or where their experience has been. The Drive name has been around coming up to 25 years and that sort of longevity has really stuck and kept its awareness quite high. So it has been a really easy decision for us that Drive will be a real significant player.”

Mr Parsons said that Nine would put all its promotional resources behind the new Drive brand. Nine says that no other media player in the country has the scale and reach of Nine across TV, radio and digital/print. It says that 70 per cent of Australians watch Nine on TV every month, there are 2 million listeners on radio and 12.3 million readers across print and digital.

“We had not really spent any money on marketing either brand over the last couple of years. So it’s a huge opportunity for us moving forward once we’ve got all of our ducks in a row,” he said.

Under the plan, all of the 13 years of CarAdvice content will form part of the new Drive.

“We’re actually creating something new from both the Drive product and CarAdvice product,” Mr Parson said.

“So, at some point in 2021, if you were to type in caradvice.com.au that would redirect to drive.com.au.”