LEADING automotive marketing and advertising house, AdTorque Edge, has found that dealers who have been bullish in their advertising spend during the pandemic have seen positive results in the attention they have attracted to their businesses and the resulting sales levels they have generated.

The company has been scrutinizing its data, comparing advertising commitment to sales levels through its Alice marketing data system and found that what many top business analysts say about spending in a downturn is actually true; that sales for those dealers who advertised consistently during the COVID-19 crisis were 160 per cent greater than for those dealers who did not.

Alice is a marketing performance tool that measures the effectiveness of a dealership’s advertising. It tracks cost-per-click on Google ads and social media ads including Facebook and Instagram, measures this data against dealer website traffic and phone calls into the dealership and matches this to actual sales.

The company has been able to compare the performances of dealers who maintained strong online campaigns and those who took their feet off the pedal.

Gavin Cox, joint managing director of AdTorque Edge, told GoAutoNews Premium that while some dealers were virtually turning off the lights during the shutdown, a handful of dealers stepped up and performed sales events with one Brisbane dealer selling about 90 cars over a recent Friday, Saturday and Sunday event.

“Dealers who ran sale events during the COVID19 period ended up selling approximately the same number of cars as they would during a normal month.”

Mr Cox said that some dealer groups in Queensland, NSW and Victoria ran stimulus sales in early May and, in the week of the sale, “it was probably the best week they have had all year”.

“While some dealers were talking about turning the lights off and shutting for a while, one dealer in Brisbane said he was going to have a crack at moving some cars with a stimulus event and he sold 40 cars on the Saturday and over the Friday, Saturday and Sunday sold 90 cars.”

AdTorque Edge has told GoAutoNews Premium that at the start of the COVID-19 period, three dealerships of the same brand that it studied in Melbourne were averaging 10-15 new car sales per week.

When the dealerships increased their advertising and promoted they were open for business, their new car sales increased to 22-26 vehicles per week.

By comparison, two other competitors of the same brand, which did not advertise during this period, continued to record weekly sales of 12 and 14 a week, whereas their regular sales figures, outside of COVID-19, were around 35-40 new cars per week.

The data has also shown that dealers who have been spending money on digital advertising during the COVID-19 period have been receiving, on average, 43 per cent more website traffic.

AdTorque Edge says that, on average, dealership sales have reduced by 60 to 70 per cent over the COVID-19 period. But those dealers who have advertised and promoted that they are open for business were experiencing less of a sales drop; with only a 30 to 40 per cent sales reduction. 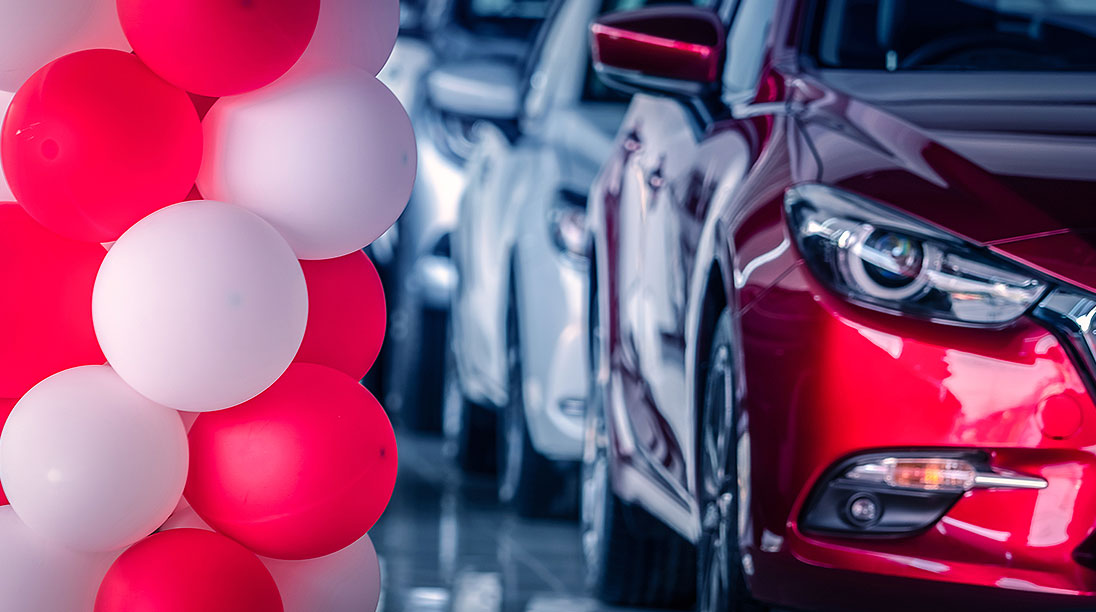 Other data revealed that the public were very confused about the trading status of car dealerships under the shutdown rules about leaving home with approximately 40 per cent of inbound phone calls to dealerships during this period made to ask whether or not the showroom and service departments were open.

Mr Cox said: “Everyone in the industry knew the dealerships were open but the public clearly did not know they were open. There were a huge number of calls from people calling to find out if they could bring their car in for service or were they able to come in and look at a car.”

He said dealers responded by placing prominent banners across their websites pointing out they were open for business.

Dealers who ramped up their digital advertising activities also found they were able to do so at less cost.

AdTorque Edge said that due to reduced competition because other dealers were pulling back from normal advertising schedules, advertising costs decreased dramatically.

Mr Cox said that because so many dealers had stopped advertising, instead of a client bidding against 10 dealers they were only bidding against two to three other dealers.

“Because there were so many impressions available and not as many people bidding on them we could get them cheaper at around half the price or more. This allowed dealers to halve their advertising budgets but still remain as active and drive additional sales.

“So right now we are telling dealers they don’t need to spend as much as they used to to get the same result because we are getting these clicks at half the cost. So they can afford to be 50 per cent of where they used to be.”

Meanwhile, Mr Cox said that dealers are reporting unexpected underlying strength in the market in May and are expecting this will carry over into June.

“But they are talking themselves into a negative July and are wanting to cut back on their advertising spend after June.

“We are suggesting that they need to learn the lessons from the early COVID period and that, if they cut back in July, they will see the sort of slower sales we saw when they cut back at the beginning of the pandemic period.

“Spending does not need to be as big in July as it should be in June, but it needs to be strong enough to attract enquiry in July if there are going to be fewer people searching.

“In previous years a lot of dealers cut their spend completely in July (because of all the OEM end-of-financial-year activity in June) but those who maintain their always-on-strategies tend to do okay. They always hit their sales targets,” Mr Cox said.