IT IS to be hoped that anti-gambling advocate, Senator Nick Xenophon, knows more about betting than the latter-day car consumer warrior knows about fuel consumption.

Senator Xenophon recently announced he would table federal legislation proposing that car-makers change the way fuel economy figures are reported with “massive fines” of up to $50 million for manufacturers whose cars exceed stated consumption figures.

Ever the opportunist, the senator was jumping on the “VW bandwagen” in the wake of the diesel scandal; the contagion from which spread to outrage that declared fuel consumption figures from laboratories do not match the “real world” that owners achieve.

“Motorists have been treated like mugs for too long. A family could typically be many hundreds of dollars a year worse off from what they budgeted for because they’ve been misled into buying a particular car,” he said.

The bill, which will be released in an early form this month, will propose that the current standard of laboratorybased fuel economy figure reporting be scrapped and replaced with a ‘typical road use and driving’ standard.

There’s the rub. What is typical? There are just too many variables in the real world and, to have a $50 million penalty hanging on getting it right, seems to me to be legislative overreach which appears to confuse the reason for the use of laboratories in the first place.

A dynamometer test is designed to provide a consistent result to compare vehicles with all the variables eliminated. It is a simplified test designed to cover a cross-section of drivers and may not represent any one driver. And even though they may not be real-world numbers, at least you can see which cars are thirstier than others. That’s helpful in making the choice as long as you don’t expect to always achieve the laboratory figure.

It has never been ideal.

Years ago while assembling data for a Chrysler Valiant car review we noticed that Chrysler had stopped quoting the fuel figure from the recently introduced mandated laboratory test.

Chrysler told us that it stopped using the figure because the phone was running hot with owners who could not get anywhere near the number. It turned out that the Chrysler hemi-head six of the day was really fuel efficient but the body of the car was so lacking in aerodynamics that, on the road, it undid all the good the engine was delivering. Chrysler stopped using the number because the ability for the Valiant to slip through the air, or not – it had the aerodynamics of a shed – was not reflected on a dynamometer test in a laboratory. 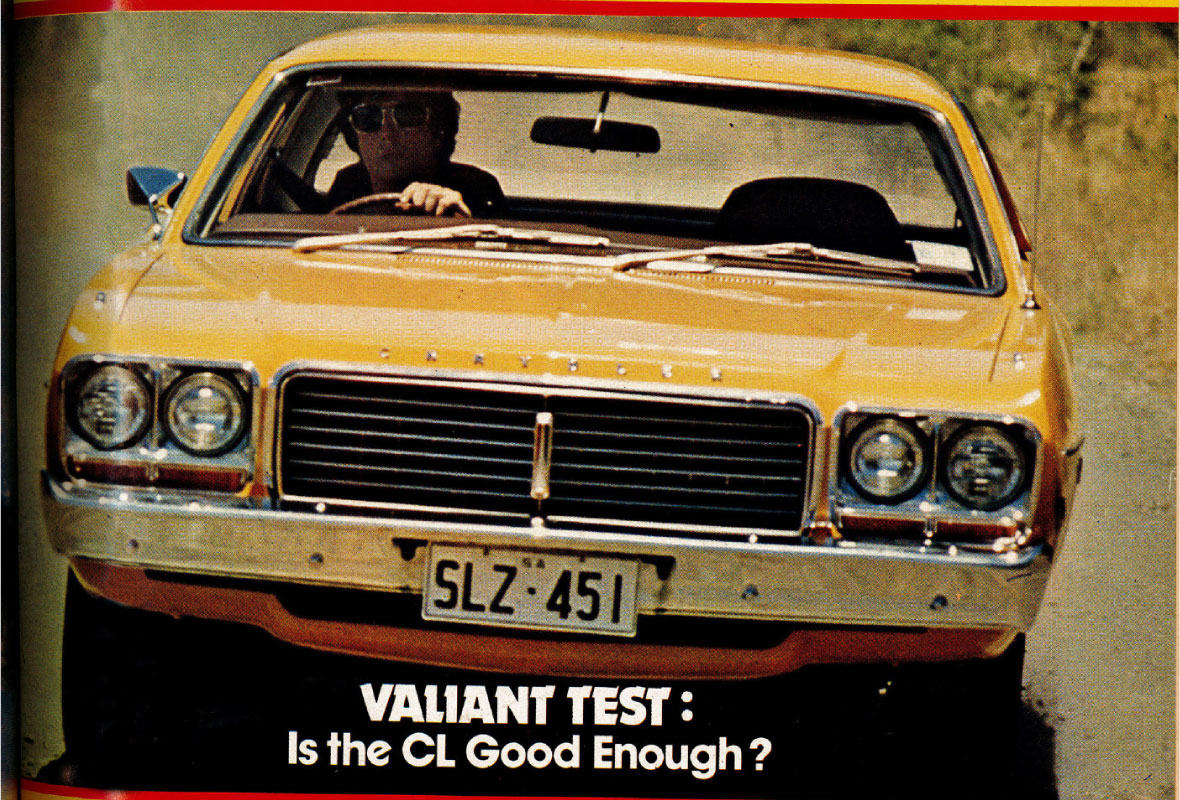 Chrysler Valiant: Aerodynamics of a shed

Then there is the driver in the real world. The great engine designer Phil Irving, who designed the world championship-winning Repco-Brabham engine, said that the best way to improve fuel economy by 30 per cent, a huge leap forward at the time, was to “change the nut on the steering wheel”.

Mr Irving said that changing a motorist’s driving style could achieve a greater fuel economy improvement than the best engine designers with the biggest budgets.

We see this every day. Motoring writers get a wide variety of fuel figures from the same test cars because some drive harder than others. My wife consistently uses one-to-two litres of fuel for each 100km more than me because she revs out our V6 Commodore engine and I use the torque.

A one-to-two-litre discrepancy in our family alone? Come on, Nick, that’s not Holden’s fault.

So what would be an ideal real-world test? Co-writing the book, Drive to Survive, with Frank Gardner, the subject of driving style frequently came up. Frank, who was the first man in the world to win 100 international touring car races and was a canny racing team manager, insisted that the only accurate way to measure fuel consumption was to drive a fully-laden car flat out for an hour and take the fuel number. Then drive the car unladen as economically as possible for an hour. The fuel economy of that car, he said, would be “somewhere between the two numbers”.

But, apart from the driver, trying to get a test result that helps prospective owners compare consumption in their real world is subject to a litany of variables.

Once you get outside the laboratory there are a whole host of things that the test team cannot control.

Fuel figures will vary on a windy day compared with a still day either running into the wind or running before the wind. And wind is notoriously fickle in both direction and strength. Figures on a cool winter’s day will be different to figures on a 40-degree scorcher. And when engines were simpler, we remember how brilliantly our car engines drove in the early hours of a crisp dewy morning with cool, moist air coursing through the manifold.

And where do you test? In the more controlled environment of a racing circuit (which is not the real world) or out on the road? Freeway, stop-start, open road, mountain driving, winding roads, gravel; these are all options to introducing the real world. But we all know that driving in the real world is not consistent as traffic conditions change without notice. A logistical nightmare.

So with $50 million at stake, when do you test, in what weather do you test and in what traffic conditions do you test?

Then there is the car itself. Should the air-conditioning be on (as the senator suggests) if the test is in mid-winter? Is that real world?

If the car has five seats should there be 75kg added to each passenger seat for the real world of five adults. Would that mean a four-seater car gets an advantage because there would be less weight added and its economy better than a five-seater? Or should the weight be varied for the real world of some children in the mix? What about a seven-seater? An eight- or nine-seater? Should people-movers be tested with a luggage pod on the roof?

And what about when there is only a driver using the car to commute? And should there be tests for the real worlds of school or weekend sport runs? This is getting complicated.

Should an off-roader be tested for fuel economy in the bush? Should any car that is pitched as a tow car be tested with a trailer loaded to full towing weight capacity? Or should that be a caravan because it is less aerodynamic and more real world for the grey nomads?

Should a pick-up designed as a workhorse be tested with the bed loaded to full carrying capacity? Or should pick-ups be tested as they come from the showroom floor? Tradies would be stunned at how much less fuel they would use if they left their tools at home. But then they don’t leave them at home, do they?

Where will it end? By the time you have finished getting test results for all those variables in vehicle configurations in various climates around the world and in various weather and traffic conditions the next model will be out and you will have to start all over again.