THE Zagame Automotive Group (ZAG) has released architects’ renderings of its planned premium Rolls-Royce and Aston Martin dealership in Richmond in inner Melbourne, construction of which will start next month with the official opening planned for later this year.

The Swan Street site has been designed by architect David Earle of APCO Group and uses a two-level, vertically split glass face that separates the Aston Martin and Rolls-Royce showrooms.

The addition of the Aston Martin and Rolls-Royce franchises – plus McLaren – takes ZAG’s new-car franchises to 14. The three were bought last year from Trivett Classic.

Mr Zagame told GoAutoNews Premium that another showroom, also in Richmond, will be opened in the middle of the year for McLaren.

Zagame has franchises for 10 brands – including Ferrari, Maserati, Lamborghini and Morgan – and has multiple outlets such as six for Audi and two for Maserati.

Meanwhile, ZAG’s transition from newspapers to cars at the former Age print plant at Tullamarine, with its high exposure to airport traffic, is well underway.

Mr Zagame said the former Fairfaxowned newspaper print complex near the flight path at Tullamarine has proved to be a winner.

“Since December, all our cars now have the pre-delivery and inspections done at the new site,” he said.

“We also have our spare parts distribution there and, from March 1, will open the panel shop.”

The site on Tullamarine Freeway is close to the airport and has the potential to allow servicing or repair of cars while owners are away.

The Fairfax site was bought in August 2015 for $16 million – a substantial discount to its $220 million cost – and will add a sales division around the middle of the year.

“It works perfectly,” Mr Zagame said this week. “If we had to build a complex ourselves, it wouldn’t look much different to this.”

ZAG has closed its Moorabbin distribution centre to relocate it to Tullamarine.

“Moorabbin was not ideal for distribution,” he said. “Tullamarine is better for delivery from Patricks at the docks, is closer to the dealerships and on the main freeway.”

The next stage is a name, likely to be simply Zagame Automotive Tullamarine, and its signage. The glass structure that resembles a rolled newspaper will remain. 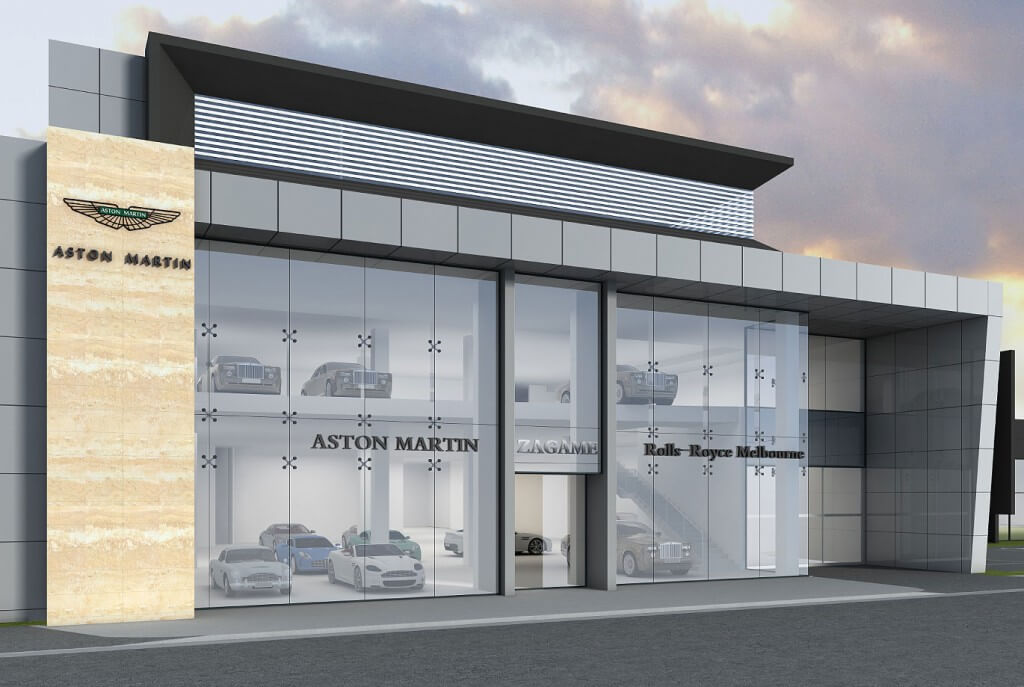