Now in its 15th year, the annual competition brings together the top-performing service staff and technicians from markets in which Audi operates across the globe, with 29 national teams winning their way through to the international final this year – whittled down from 2402 teams worldwide that took part in the domestic qualifying rounds. 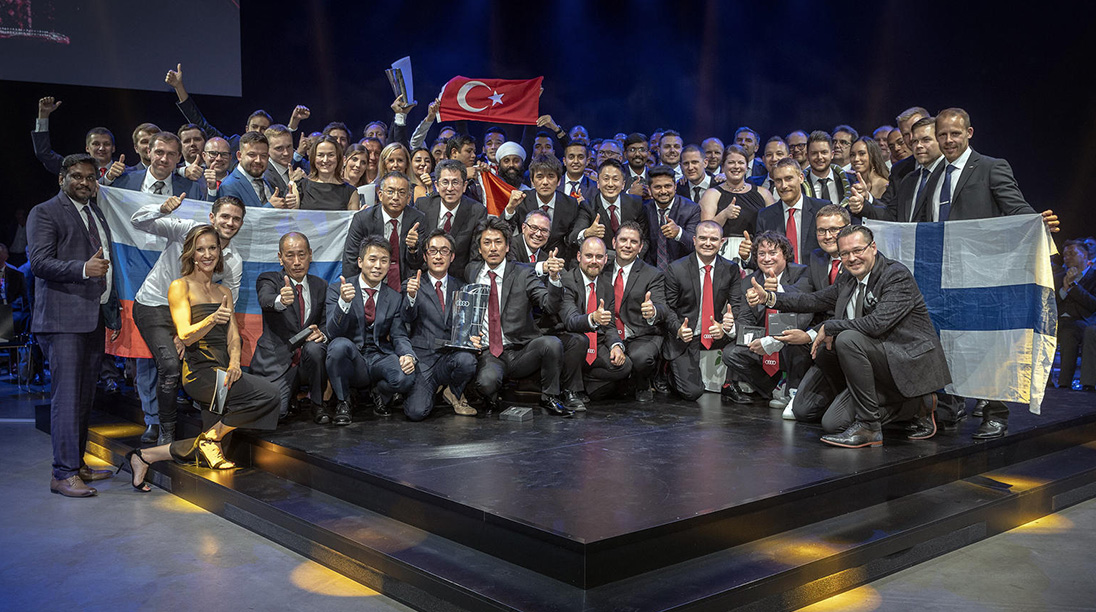 Cultural exchange: The Australian crew in among 28 other national teams representing their national operations at the 2019 Audi Twin Cup world final in Wiesbaden late last month.

The Aussie team finished on the podium next to the second-placed Indian team, with Japan crowned the international champions in the coveted combined ‘Twin Cup’ event, which assesses team members in both advisory skills and technical experience through various practical and theoretical tests.

Australia has not yet won the international Twin Cup, nor individual categories held in conjunction with the main event, while this was Japan’s first overall title after last year winning the service division.

France won the cup last year, with Germany reigning supreme in 2017. Other past winners include Russia, Turkey, the US, South Korea, China, Switzerland, Denmark and the UK.

Audi Australia managing director Paul Sansom was quick to offer his congratulations to the dealership staff who represented Australia in the final.

“The podium result not only demonstrates our world-class technical competence, but also reinforces our ability to deliver the very best in customer service and support to all of our owners in Australia,” he said. “Well done to the team!”

On hand at the presentation ceremony was Audi AG’s vice-president of retail business development and customer services Horst Hanschur and other senior executives including head of international motor shows and dealer events Chayne Brand, who described the close-fought final as an “incredible, emotional ending … celebrating the best service and technical experts from around the Audi world”.

“The teams demonstrated their ‘vorsprung’ attitude from start to finish! Well done and congratulations to all participants and especially the overall winners in the combined Category Twin (Service & Technical) Audi Japan, Audi India and Audi Australia,” he said.

The fourth-generation Audi A8 flagship sedan launched in Australia last year was among the vehicles on which the teams were tested, with tasks relating to driver-assist systems and its various convenience functions.

Audi Centre Sydney was earlier this year named the 2018 Major Metropolitan Dealer of the Year, while the other three dealerships – Five Dock, Brisbane and Indooroopilly – are all part of the Autosports Group, which has likewise figured prominently in the German brand’s national dealership awards program.

Tom March, who is assistant service manager at Audi Five Dock, echoed the sentiments of other team members by describing it as “an unforgettable experience to compete with Team Australia in the Audi Twin Cup world finals and an amazing achievement to finish third best overall in the world”. 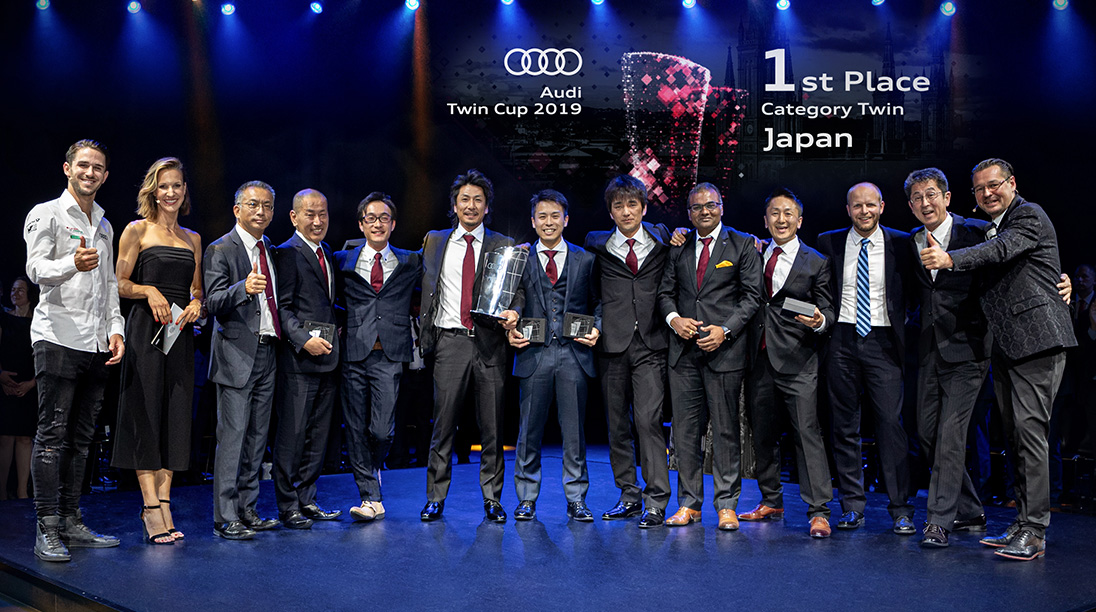