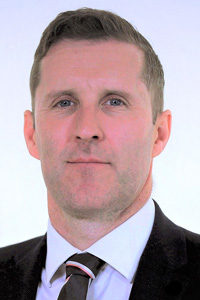 Big Mac: After spending the past 13 years with Mazda in a variety of senior management positions, Steve Maciver now takes on a fresh challenge as marketing chief of SsangYong Motors Australia.

Replacing Mitch Wiley, who is now head of sponsorship for Medibank, Mr Maciver is well known across the industry with almost two decades’ experience in Australia – the past 13 of those with Mazda and another five with GM Holden.

For the past 12 months or so, Mr Maciver had served as Mazda’s Victorian state manager, responsible for all operations in the state including marketing, customer experience, dealer development, wholesale and retail sales, service and parts.

He was previously senior manager of digital and loyalty – a role he held for three-and-a-half years – and earlier spent almost six years as senior manager of public relations, about a year as a product analyst in the marketing department, and almost two years as Mazda’s learning and development manager, which placed him in charge of product, frontline and business skills training for the brand’s national dealer network.

Before joining Mazda in 2006, Mr Maciver worked as a service relations supervisor (training, quality and HR) for Holden, a position that saw him training customer service staff. He also spent three-and-a-half years as a national business representative for the lion brand. 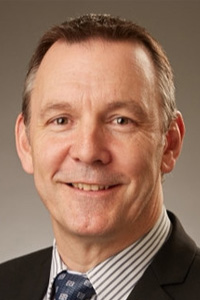 Mr Taylor has three decades’ experience working in the Australian and European automotive industries, with a background not only in communications but also vehicle dynamics engineering.

He worked with Tom Walkinshaw Racing (TWR) in Europe as a development engineer before moving to GM Holden in Australia, where he worked in the engineering department before switching to corporate communications.

He fills the vacancy created when former communications and product planning manager Andrew Ellis left the company to take up the position of media manager for Breast Cancer Network Australia.

Finally, Mr Dimitrovski will work closely with Mr Maciver in the marketing department as digital and brand manager, bringing a broad range of experience from a variety of industries to the position.

SsangYong said in a statement that he comes with “extensive experience as a digital marketing manager in the retail and utilities sectors across Australia and New Zealand” and “a wealth of knowledge in brand experience design and digital marketing”.

“Adding another three experienced individuals with such an extensive mix of skills to the team is an important and exciting event,” he added.

SsangYong relaunched in Australia in December last year with the Musso ute, Tivoli small SUV and Rexton large SUV, returning as a newly strengthened factory operation after petering out under the previous independent distributor Ateco Automotive.

As GoAuto has reported, the company is this year behind the running rate required to achieve its projected 3000 sales for the full 12 months, although the recently launched XLV long-wheelbase version of the Musso and the scheduled fourth-quarter launch of the Korando mid-size SUV are expected to boost its market performance.