TOYOTA Australia’s sponsorship of the Adelaide Crows in 1991 – the Camry Crows – was less about being a benefactor to a new AFL team at the time as a deliberate strategy to raise Toyota sales – especially Camry sales – in a town manufacturing Commodores and Magnas, according to the man who crafted the deal, Bob Miller.

In his 15 years in marketing at Toyota, Bob Miller was in charge of marketing strategies and spending for seven years. He is now a professor at Macquarie University where he teaches marketing in the Faculty of Business and Economics.

In an interview with GoAutoNews Premium last week about the value of football club sponsorships, Professor Miller revealed that Toyota was not going to tip sponsorship dollars into Adelaide’s new national football club without measuring the results in market performance.

“The Crows had just been invented, so someone had to turn up with some money.”

He said that the Adelaide dealers wanted to be seen in Adelaide as the benefactors using Toyota’s marketing dollars.

“The Adelaide dealers rounded up John Conomos (then head of Toyota Australia) at an airport and held him hostage. The dealers talked him into it. But I had to actually go and pay for it.”

Prof Miller said there is a danger in sponsoring teams where there are very strong feelings between fans of each side that you can make as many enemies as you can make friends. He said the decision to back Adelaide might have been different at the time if Port Adelaide was also in the competition because of the potential to put half the town off-side.

“But Adelaide was (then) a one-team town, and that was it. They had always been keen (Australian rules) players (in South Australia) but this was going to put them on the national stage,” he said. “Behind every sponsorship, there (should be) a desperate need to sell more stuff. So we made a deal with the Adelaide dealers.

“We said: this is a GM town and a Mitsubishi town, and you dealers are not exactly the stars over here; you are number four, especially with the Camry.

“We were forever hearing, ‘You can’t sell Camrys here, mate. They all buy Mitsubishis or Holdens.’ “So we said: Are you going to accept that forever or are we going to change that? So we set them the target to become the number-one franchise in Adelaide and they had to achieve that on the date that the Crows became the number-one team in Australia; when the Crows win the premiership.

“Everyone agreed because they all knew these guys would take a decade to get off their backside and win. Tragically for the dealers, six years later, the Crows won the grand final. We hadn’t realised just how quickly it was going to happen. And it was time to pay the piper. In fact the dealers clearly had something going on. They sort of got up to number two (in the six years). It wasn’t bad.”

Prof Miller said that it was important to see an outcome from the sponsorship and it needed to be a motivational outcome for the retailers.

“It’s not just guys with too much money blandly sticking their name on the footy field. It’s got to have a purpose and a deadline. We said, ‘We don’t know when that deadline is, but if these guys become the champions, well why aren’t you the champions? You’re the sponsor. So if they are number one and you are number four, how does that work?’ The dealers could understand that.” 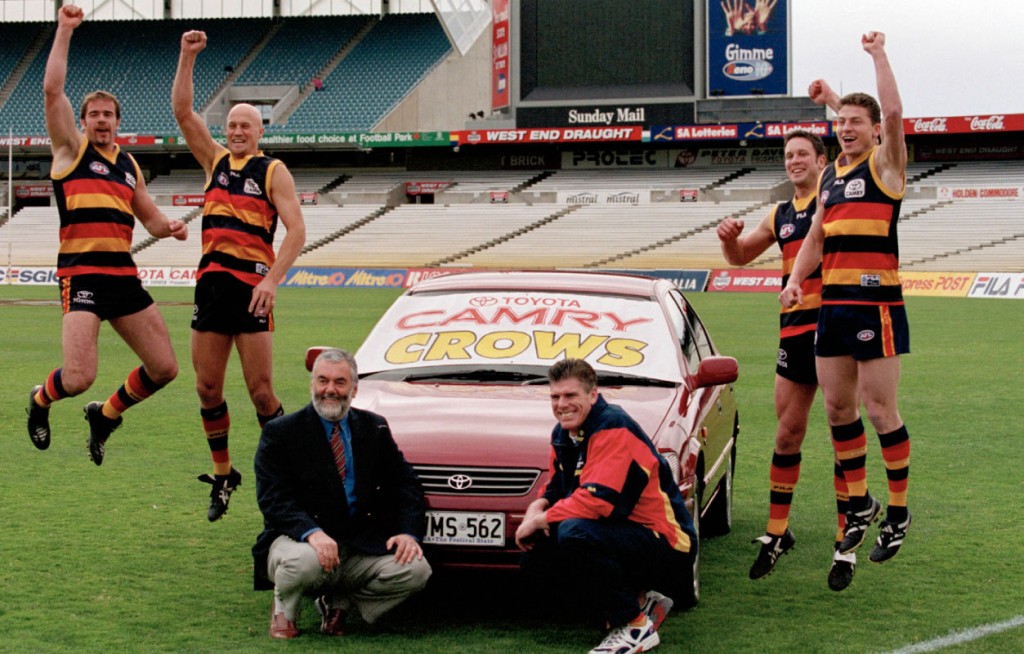