WAGE subsidies of up to $1.2 billion will go to boosting hiring of apprentices and trainees under the latest federal government incentive plan to lift Australia out of the economic retraction caused by the Covid-19 virus.

In the latest budget, the government said the subsidies would help businesses employ up to 100,000 new apprentices and trainees across all industries.

It immediately drew support from the automotive industry with the Federal Chamber of Automotive Industries (FCAI) saying the support would help the auto industry to attract, develop, mentor and retain new talent.

The budget also brought good news for dealers with extra tax breaks for purchasers of large business-related items, including vehicles.

It outlined instant tax write-offs for small, medium and some large businesses for assets valued at up to $150,000.

The write-offs extend to purchases put in place byJune 30, 2022 and benefits dealers by attracting buyers to purchasing vehicles with the ability to write off the entire cost.

Eligible businesses can instantly write off multiple assets each costing less than $150,000. The write off can include second-hand assets.

Commenting on the wage subsidies for apprentices and trainees, FCAI chief executive Tony Weber said the automotive industry in Australia employs more than 65,000 people and the latest move was “a huge factor in ensuring industry and business thrives and prospers.”

“Apprenticeships and training allowing specific learning outcomes is a key factor for the automotive industry’s commitment to Australia,” he said.

VACC CEO Geoff Gwilym told GoAutoNews Premium that the budget measures most important to VACC members were the extension of the instant asset write-off, the carry-back provision of tax, the government subsidy for putting on new staff and the new support for training 100,000 additional apprentices into the workforce.

He said the extension of the instant asset write-off was of great benefit to VACC members and ultimately to businesses that use automotive services.

“Not only is it a benefit for our members buying machinery and equipment that they need to make their businesses move forward, it is also about being able to sell plant, vehicles and other equipment to other businesses.

“We know that the benefit of the current programme through to December was fantastic. Now that’s been extended, I think that will relieve the industry even more significantly.”

Mr Gwilym also praised the measure to lift the turnover ceiling for companies eligible to take up the instant asset write-off because it would expand the benefit to a lot more well-resourced companies and increase the pool of beneficiaries for car dealers, truck dealers and farm machinery dealers to sell to.

“So I think that’s significant as it just opens up that market for recovery,” he said.

“This one is important because some of our members have made money over the past few years and they paid tax on that. And it means that they can recover some of that tax to offset losses this year which has been a loss-making year.

“It’s a great initiative by the federal government and I applaud it.”

Mr Gwilym also supported the new subsidies for the employment of young people between 16 and 35 years old with payments at two levels; $200 a week or $100 a week depending on the age of the worker.

“It’s a 12-month subsidy for an employer and no matter how you look at it, that’s just good news for businesses struggling a bit that have work, but not enough cash flow. Even though it is paid in arrears, it’s still good.”

Referring to the budget plan to provide a 50 per cent wage offset to fund 100,000 places for new apprentices, Mr Gwilym said that it would help ease the shortage of candidates for auto technicians but he urged auto employers to use the incentive to play a greater role in solving the apprentice shortage in the industry.

“So the automotive industry should use this apprenticeship incentive programme to boost the numbers so that we have 60 per cent of employers with an apprentice, not 40 per cent. Because we’re going to run out of labour, especially with the lack of international labour coming through.

“So we’re not going to have the return of international labour probably for another year and we have a gap in the apprentice numbers now. Therefore the industry has to take responsibility and accept that it’s not the government’s job to fix our problem. It’s our job.

“The government is giving us a big handout of 50 per cent for new eligible apprentices wages for the first year. And I reckon that’s a great opportunity for an employer to give it a go.”

However, while praising the federal government for the budget, Mr Gwilym said the benefits would fall flat for as long as the Victorian auto industry was operating in a straightjacket.

“You can have the best budget you like, but if the Victorian government doesn’t open up the auto industry in Victoria in Stage Four lockdown the budget won’t meet its objectives. We can’t have a great budget and an industry that’s not open. That is counterproductive. 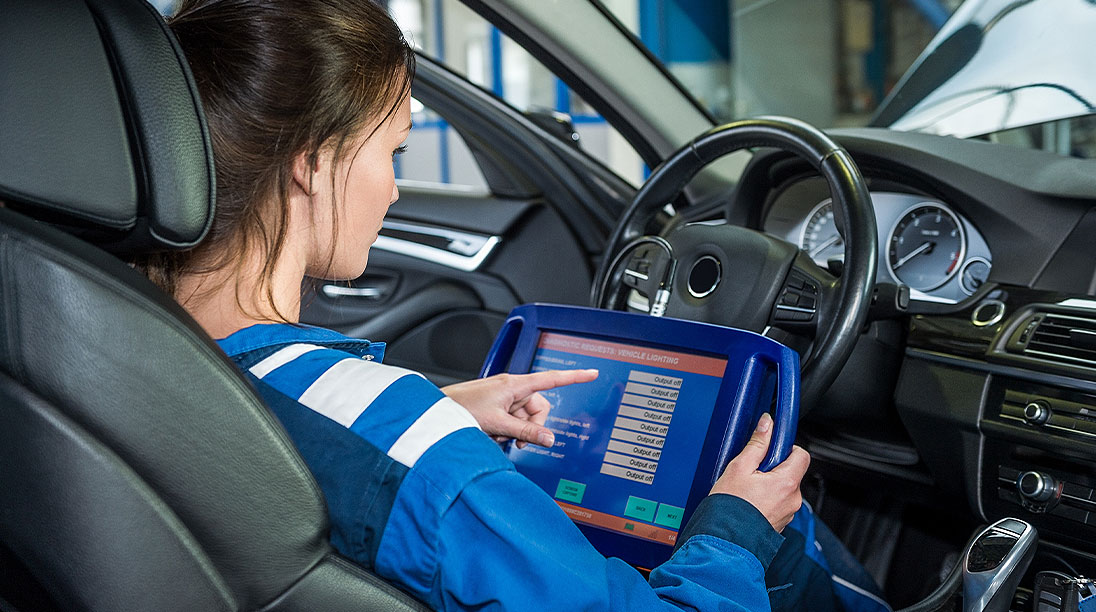 “So these federal government initiatives, which we fully support, will be crippled in Victoria if they do not take their foot off Stage Four restrictions for the automotive industry,” Mr Gwilym said.

The Motor Trade Association of WA group CEO, Stephen Moir, said it should provide much-needed incentive for employees to hire young people into the industry.

“As WA’s largest employer of light-vehicle apprentices, I would expect to see an increase in our inquiry rate, particularly as the school year comes to a close,” he said.

“The automotive industry offers great career opportunities and this initiative may provide that extra incentive for employers to take on an apprentice, and in doing so, help alleviate the current skills shortage that we are seeing here in WA.”

Mr Moir, also the Automotive Institute of Technology CEO, said the automotive industry was one of the best-performing vocational educational streams in WA.

Mr Weber said: “In the automotive industry, training is particularly important given the advent of highly sophisticated emerging technologies, such as the electrification of fleets and connected and autonomous vehicles.

“It is critical our technicians are highly qualified to ensure the safety of themselves and their customers.”

Under the wage subsidy program, businesses that hire a new Australian apprentice or trainee will qualify for a 50 per cent wage subsidy.

The ‘Boosting Apprenticeship Commencements’ subsidies are effective from now and will be available to businesses of all sizes, in all industries and locations, until a cap of 100,000 is reached.

Employers will be able to receive subsidies for 50 per cent of the wages of a new or recommencing apprentice or trainee to the value of $7000 a quarter, for the period until September 30, 2021.

The program builds on a similar wage subsidy scheme announced in March that supported businesses in employing apprentices or trainees.

AADA CEO James Voortman said: “We hope the measures announced in the budget will be a shot in the arm for the industry, which had been struggling even before the pandemic and has now experienced 30 months of consecutive falling sales.”

“The government is encouraging businesses to invest and employ more people while bringing forward tax cuts will give consumers more disposable income which will trickle down into the economy,” he said.

Mr Voortman said JobKeeper payments were crucial in allowing dealers to stay connected to their employees through the first six months of this crisis.

But he said the AADA was disappointed that the government had not removed “some of the legacy automotive taxes for an industry that is doing it tough.”

“The import tariff and the luxury car tax are protecting a domestic manufacturing industry which no longer exists and their removal could benefit consumers and retail businesses.”

He praised the new temporary full-expense coupled with the instant asset write-off.

By Neil Dowling and By John Mellor