MOBILE service operations and a social media presence have completely failed to resonate with dealership service managers as a means of retaining customers in dealership workshops, according to a recent service retention survey.

The survey of dealership service mangers across Australia, the first ever survey of its kind, was conducted independently by Boyle Consulting, to determine how to keep service customers coming back to dealers.

Also low on the radar screen of service managers was paint and dent repair operations associated with the dealership. Having satellite service operations was similarly lowly ranked as a customer retention device as was customer events and customer loyalty programs.

Online service bookings also scored poorly in the minds of those responsible for generating service profits.  Service managers did not think having the ability to book service from a service department home page on the dealer’s website was especially helpful in customer retention but said having a service booking facility on the home page of the dealership website was marginally better.

On the positive side, the quality of the service department’s service advisers was by far the leading reason for customers returning for service, marginally ahead of using SMS messages to customers 24 hours before their service appointment.

Alternative transport loomed large as a key means of retaining customers; coming third on the list.

While SMS confirmations 24 hours before a service booking was second on the list, service managers’ flagged that sending service reminders was important but indicated that sending SMS messages 48 hours ahead was less effective. 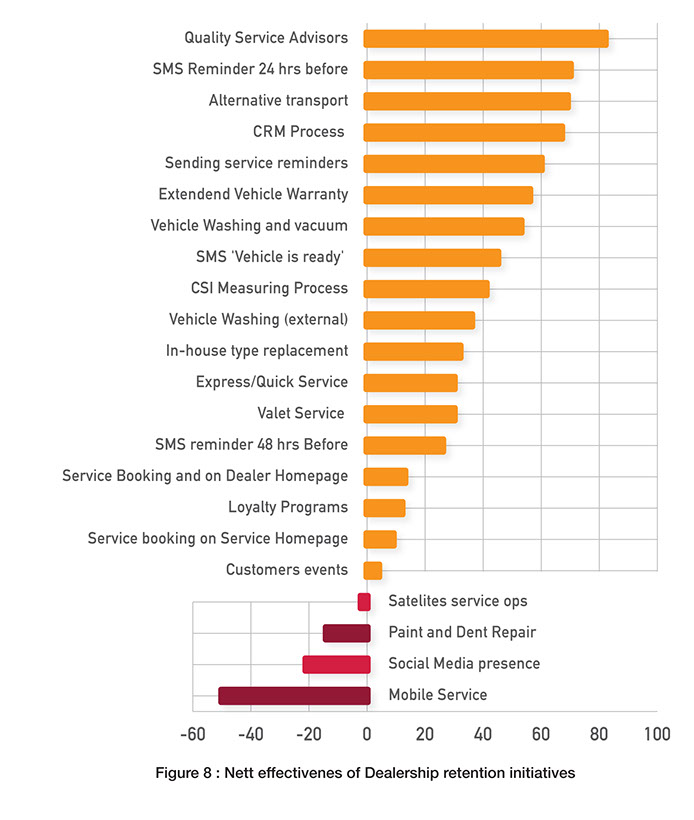 The Boyle survey asked dealership service operators across the country to name their primary competitors – their biggest competitors – as well as those they saw as secondary and tertiary threats to their businesses.

They named the independent workshops as their main primary competition (42 per cent) and named Ultratune (33 per cent) as the main threat amongst the branded service chains. Nationally, Ultratune is represented by 240 stores across all states and territories, except Tasmania.

But Ultratune looms so large in the minds of service managers that they rate it (72 per cent) ahead of the independents (63 per cent) as an overall threat to their service operations.

K-Mart Auto, which has over 250 Auto centres around the country, mostly concentrated across the east coast of Australia, figured as an overall threat to franchise dealer workshops (60 per cent) but has yet to be seen by service managers as a primary threat (10 per cent).

Repco was recognised as the next biggest overall threat, a long way behind K-Mart Auto. It figured as a primary threat with only six per cent of service managers but has only relatively recently branched out into servicing following on from their national chain retail parts stores.

NRMA, as an overall threat was not as big as the others but as a primary competitor they are on a par with K-Mart Auto at 10 per cent. This suggests the NRMA is capturing significant business as NRMA’s workshops are concentrated within NSW.

Midas and Goodyear operators do not loom large as yet in service managers’ calculations. 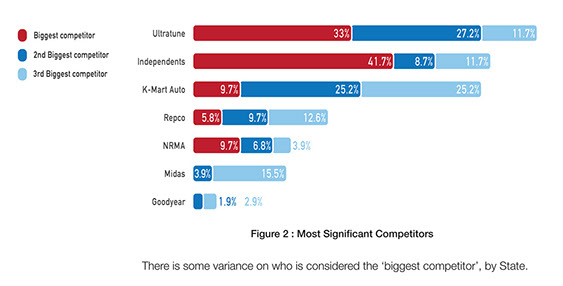 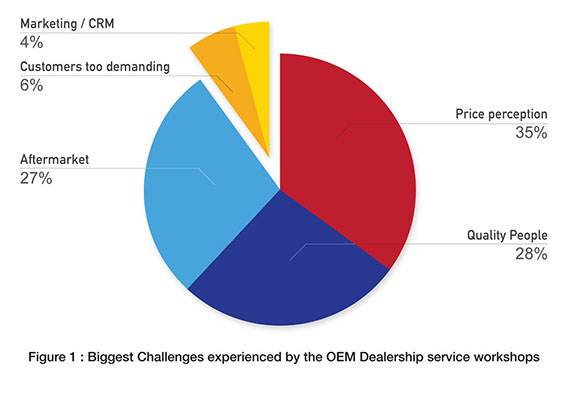 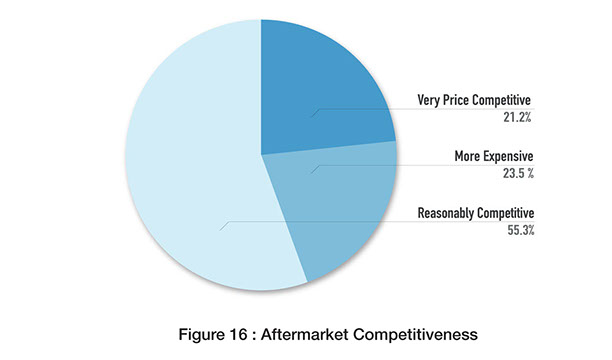 Service managers appear to be especially drawn to any initiative by car makers involving peace-of-mind service plans of five or more years. Five-year warranties, five years of free servicing and warranty beyond five years are particularly favoured by service managers followed by three-year free servicing, and free roadside assistance.Capped-price servicing for life and capped-price servicing in the warranty period were not as strongly supported as factory initiatives and a three-year warranty did not rate very highly at all.

Service managers dismissed initiatives such as service customer satisfaction surveys, guaranteed buybacks, TV promotions of service and broad-based press promotions as not being very effective at all. 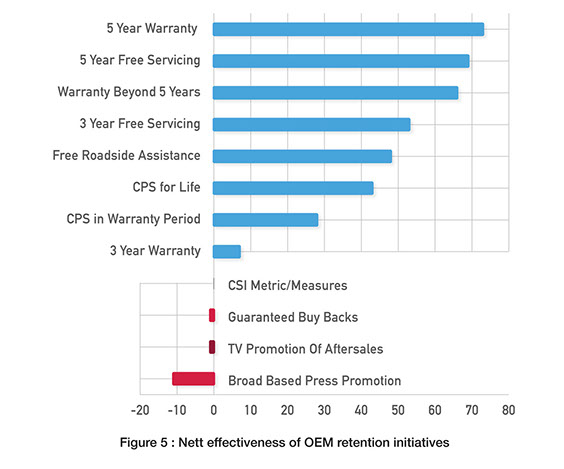 Marketing focus on consumer base

The survey showed that dealership service departments do not get much share of the dealership marketing budget and that service managers tend to generate service sales by focusing their marketing on existing customers.

Indeed, a surprising number of service
managers said there was no marketing plan for aftersales with 35 per cent of respondents indicating they “sort of” have a marketing plan and seven per cent saying they did not have one at all.

Only eight per cent of the dealerships surveyed had a full-time business development manager (BDM) in service, 18 per cent indicated they had a part-time BDM and 74 per cent did not employ a BDM at all. 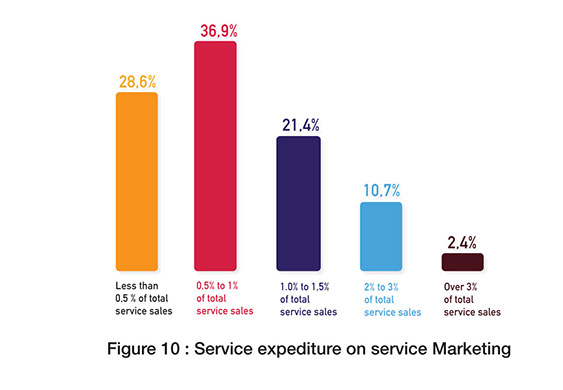 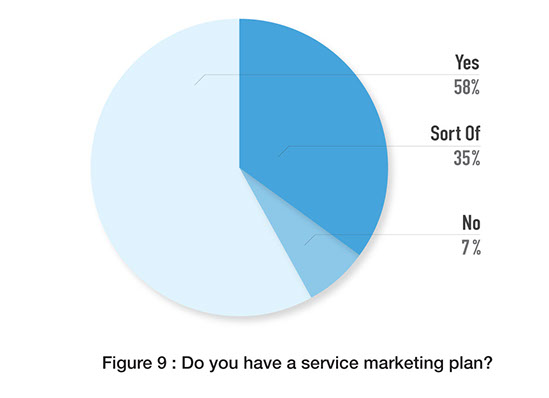 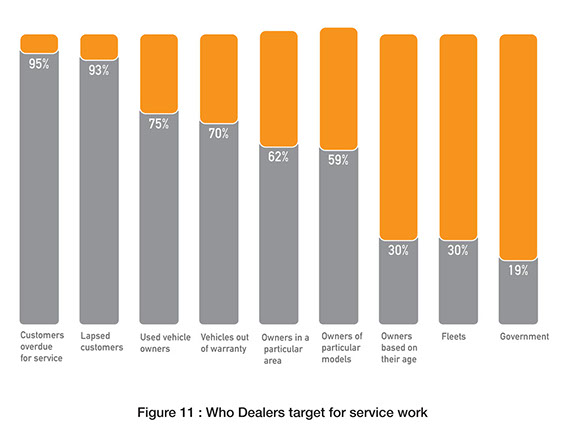 Customer contacts ahead of media promotions 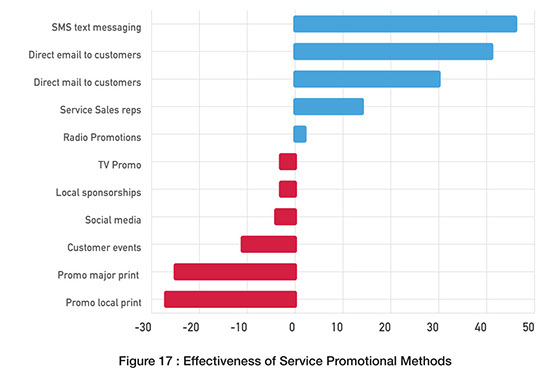 The service managers reiterated that customer contact via SMS, email and mail were viewed as the most effective way of promoting their service departments by a significant margin over the use of sales representatives to drum up business and radio promotions. 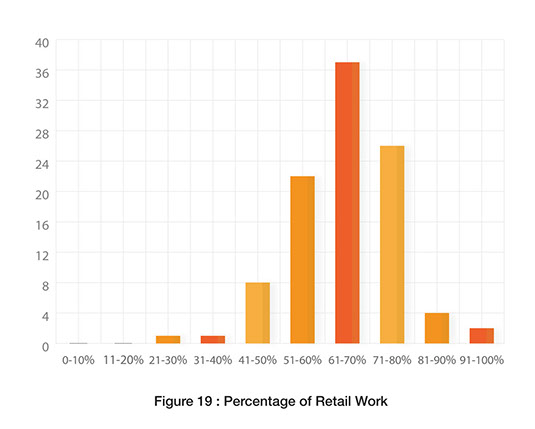 Service managers were quite bullish when it came to predicting the outlook for service sales over the next 12 months with 93 per cent of respondents predicting either the same level of sales or increased sales. 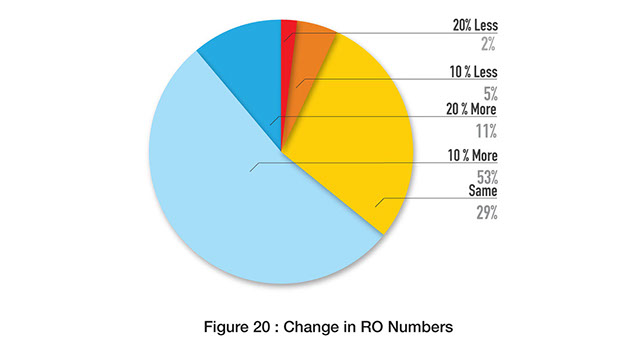 … but with fewer people

In spite of seeing business increasing significantly or at least staying the same, service managers predicted that there would be a seven per cent reduction in the number people in their workshops over the next 12 months.The most to leave will be technicians followed by apprentices and then service advisors.

Boyle said this would indicate a positive benefit to profitability but service managers would have to be alert to potential impacts on customer satisfaction. 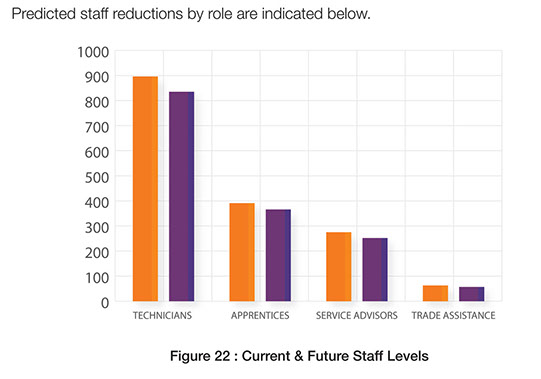 By John Mellor and Tung Nguyen