Holden to the core, Noel Gould outlived the brand that was the cornerstone of his career

Mr Gould started in the car industry in Rainbow in the Mallee/Wimmera area of Victoria fresh from Rainbow High School after the local Holden dealer, Jack Strauss from Strauss Brothers asked him what he was planning to do for a job.

When Noel told him he was planning to go to work at the Austin dealership, Jack Strauss told him he did not think Austin operation was any great shakes for someone setting out on a career in cars and offered the young Gould a job at his Holden dealership.

From that day on Mr Strauss became a long-standing friend and mentor.

From that beginning in 1954 in Rainbow, Victoria, Noel Gould became a staunch Holden man. Throughout his successful career he owned and operated nine Holden dealerships across Australia along with a number of other dealerships and brands.

Noel Gould leaves a legacy of passionate and successful dealers that he in turn mentored through his long career.

He believed the car industry provided enormous opportunity to those who were prepared to work hard, be disciplined, and cared about customers.

Asked what he thought was the most challenging aspect of running a dealership, he said: “Finding the right people, nurturing them and getting them to do the things that they should do.” 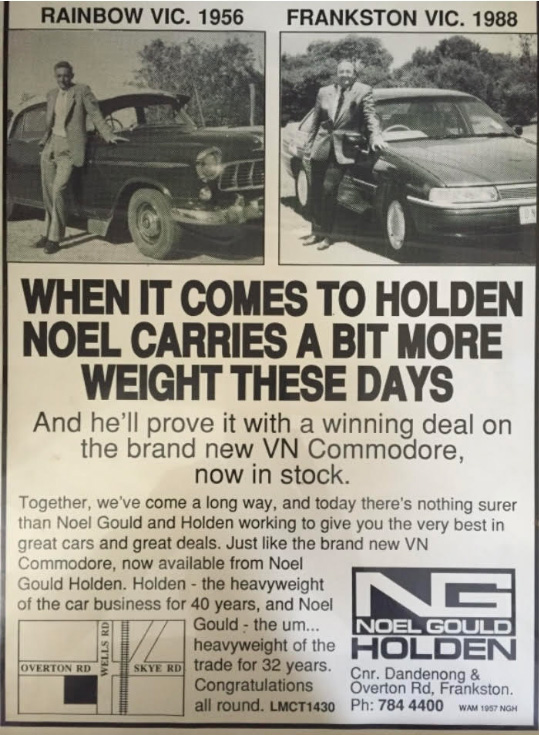 The following is a history of Noel Gould’s dealership ventures:

1962 – Noel starts at Dustings of Burwood as a salesman

1970 – Noel starts up the new dealership in Berwick, Denis Dwyer starts with Noel at the same time

2000 – Noel and his son Sam purchased the Holden dealership in Sale from Keith Boyd with Sam being dealer principal, it was sold in 2005

2001 – Noel buys South Melbourne Holden, he operates it with his son-in-law Michael Donn and sells it in 2005

2013 – Noel purchased the Holden, Ford, Nissan dealership in Swan Hill in partnership with Mark Cronin and was involved for three years.

From around 2007, capitalising on all the experience he had in his personal buying and  selling of dealerships, Noel started a company Dealer Developments (Australia), where he specialised in brokering many buy/sell projects.

Noel was known amongst his fellow Holden dealers for his quirky behaviour.

On an HSV dealer trip to LeMans, the HSV contingent arrives after 40 hours in the air and at various airports ready to head off to the race, Noel announced he was staying at the hotel and would watch it on TV. Having travelled halfway round the world he passed on watching it in luxury in person from the stands to do something he could have done at home.

His Holden colleagues also remember him as the unabashed world champion of contrarian ways.

Suggest anything to Noel and he would quickly find a contrary view and argue his case relentlessly. He would get you pretty cranky but somehow his ability to do it in an endearing scallywag rascal manner made you never think the worst of him, colleagues said.

For Noel, big decisions on business and life involved no SWOT analysis or  comprehensive business case studies. He would simply throw his big idea out there to friends and advisors and ask their opinion. When they said: “Noel, you must be mad” or “no way should you do that”  that was his green light to proceed and defy everyone’s advice.

Noel’s community interests included being a board member of the South Melbourne Football Club, a city councillor at Berwick City Council, a life member of the Beaconsfield Tennis Club, a Paul Harris fellow of Rotary International, and past president of the Rotary Club of Frankston Long Island

He was also a strong supporter of Whitelion, an organisation which cares for Australia youth at risk in our community.

Mr Gould is survived by his wife Marlene and children Emma, Louise, and Sam. 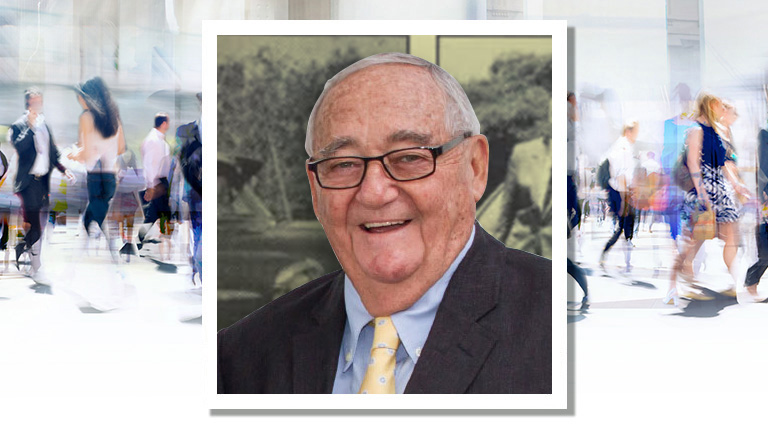 By John Crennan with John Mellor