Ms Thuy, currently the vice chair of VinFast’s parent company Vingroup, replaces former Opel CEO Michael Lohscheller who will leave the position and return to Europe due to personal reasons.

She will manage VinFast’s operations and drive the Vietnamese car-maker towards becoming a global EV manufacturing company while remaining as Vingroup’s vice chair and overseeing business activities in its current markets, including Vietnam, the United States, Canada, France, Germany and the Netherlands.

From her base in Vietnam, Ms Thuy will also lead market survey activities and expansions into other potential markets globally.

“I am thrilled to take this position and will make efforts for our goal of steering VinFast towards success in the international market and winning the hearts of global consumers,” she said.

“I would also like to extend my gratitude to Michael Lohscheller for his contributions to VinFast. We regret to say goodbye to Mr. Lohscheller and wish him all the best in his life and career.”

Mr Lohscheller said: “It was an honour to serve VinFast and its people. VinFast is on its way to become a successful global electric brand. I wish VinFast all the best for its future. Thank you VinFast! Thank you Vingroup! Thank you Vietnam!”

With years of experience in different management positions, Ms Thuy has served as a key leader in the fields of industry, technology, finance, investment and international relations.

She is expected to play a key role in enhancing VinFast’s stature as a global brand and bringing VinFast smart EVs to global consumers. She recently presented VinFast’s new EVs to the CES convention in Las Vegas.

After graduating from the Foreign Trade University in Hanoi and obtaining her MBA at the International University of Japan, Ms Thuy completed the Chartered Financial Analyst (CFA) program.

In 2008, she joined Vingroup as the conglomerate’s CFO and later on was appointed CEOs of Vingroup and VinSmart.

Two of its electric SUV models – the VF e35 and VF e36 – are expected to be available for pre-orders globally in the first half of 2022.

Its parent company, Vingroup, was started in 1993 and is one of the leading private conglomerates in the region, with a total capitalisation of $US35 billion ($A49b)  from three publicly traded companies involved in technology, industry, and services. 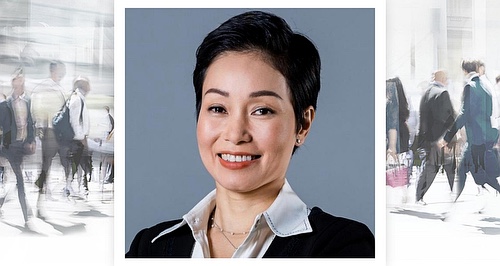